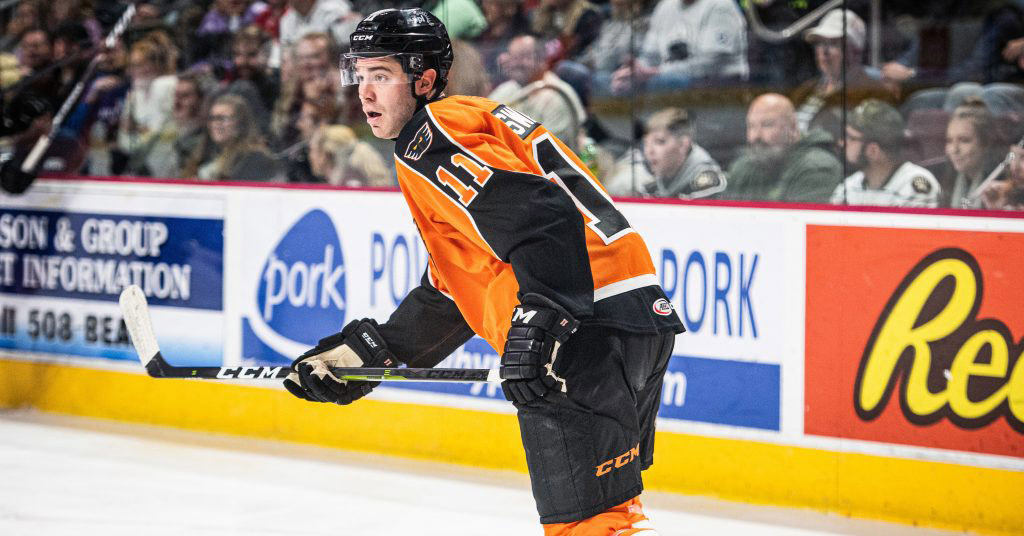 Lehigh Valley, Pa – The Lehigh Valley Phantoms, proud AHL affiliate of the Philadelphia Flyers, have announced today that they have loaned defenseman James de Haas and forward Steven Swavely to the Reading Royals of the ECHL. In addition, the Flyers have reassigned forward Matthew Strome from Lehigh Valley to Reading.

De Haas, 25, has appeared in 10 games for the Phantoms this season and has tallied one assist. He appearing in a career-high 48 games during the 2018-19 season and notched one goal and nine assists, as well as 22 penalty minutes. He has also played 5 games for the Reading Royals this season.

A native of Mississauga, Ontario, de Haas has played 94 career games for the Phantoms totaling 22 points on two goals and 20 assists. He has also played 28 games for the Reading Royals, tallying 5 goals and 13 assists for 18 points. De Haas was originally drafted in the sixth round of the 2012 NHL draft by the Detroit Red Wings but elected to attend college and spent four seasons at Clarkson University before signing with the Phantoms in 2017.

Swavely, 28, has played in 12 games for the Phantoms and tallied two assists this season after making his AHL season-debut on November 23. He has also played in 14 games for the Royals this season, notching two goals and eight assists for 10 points and a +3 rating. Swavely is in his fourth full season with the organization and played in a career-high 40 games for the Phantoms last season, tallying seven assists. He posted a career best, three-assist game on December 22, 2018, in a 6-1 victory in Hershey that helped him earn a one-year, AHL contract that he signed on January 2, 2019.

A native of Reading, Pa., Swavely turned pro after four years at the University of Maine. He has totaled 108 points on 47 goals and 61 assists in 119 games for the Reading Royals. Swavely has played 105 total games for the Lehigh Valley Phantoms during parts of the last four seasons. Prior to signing with Lehigh Valley in 2018-19, he ranked 15th in the ECHL in points and was coming off a 13-game points streak. He notched 22 points in his last 15 games for Reading during 2018-19. 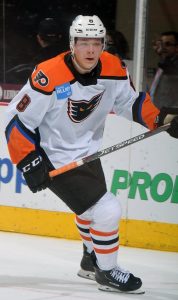 Strome, 20, has appeared in 19 games for Lehigh Valley this season and has two goals and two assists for four points. He scored his first professional goal on November 29, 2019 against the Wilkes-Barre/Scranton Penguins. Strome also played six games at the end of the 2018-19 season and made his pro debut for Lehigh Valley on April 2, 2019 and notched his first pro point with an assist on April 9 against Hershey.