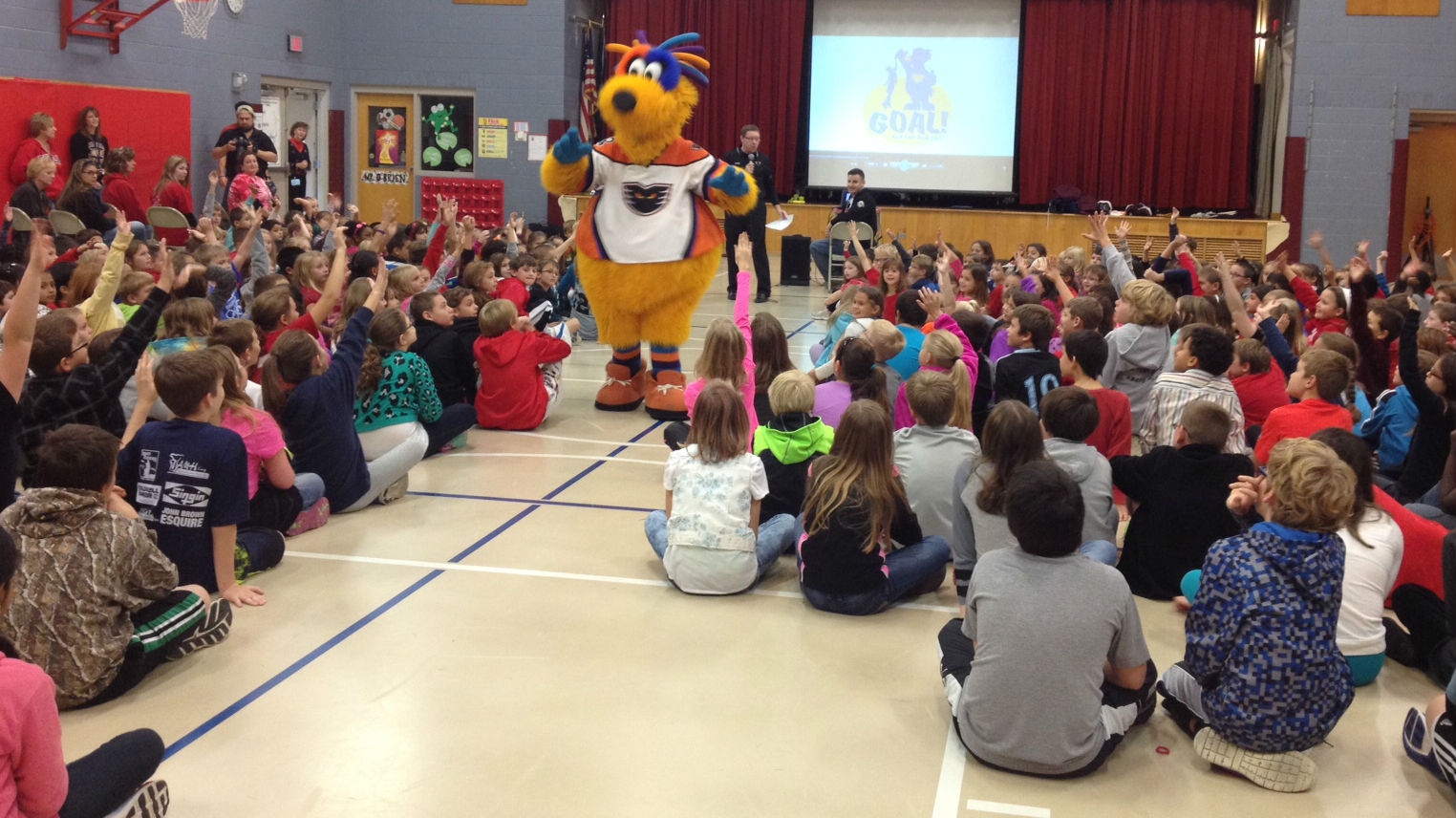 Lehigh Valley, PA – After running, swimming and eventually hailing a taxi, meLVin made it to Schnecksville Elementary earlier this morning for the Lehigh Valley debut of the Lehigh Valley Phantoms G.O.A.L. Program presented by Lehigh Valley Health Network. G.O.A.L., which stands for Get Out And Live, is one of the Phantoms major community initiatives and promotes healthy living habits to elementary students through a fun and interactive assembly with Phantoms mascot meLVin. 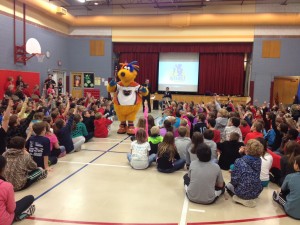 The assembly focused on five key aspects to healthy living and presented each element with a brief instructional video followed by an interactive skit with meLVin. Some of the fun at Schnecksville Elementary this morning included a hockey costume race with two students along with meLVin running, dancing and doing jumping jacks with students.

“A big thanks goes out to the students and teachers at Schnecksville Elementary,” said Phantoms Relations Manager Dan Fremuth who emceed the assembly alongside meLVin. “Their enthusiasm was a great way to kick off the G.O.A.L. Program. We look forward now to taking the G.O.A.L. Program and its important messages to all the other elementary schools throughout the Lehigh Valley.”

To bring the G.O.A.L. Program to your elementary school, simply contact either Dan Fremuth or Andrew Hill within the Phantoms front office at 610-224-GOAL (4625). 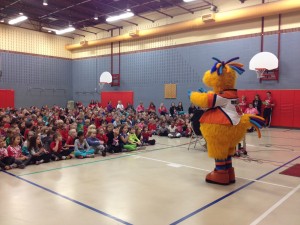 The GOAL Program focuses on five key aspects to a healthy lifestyle: