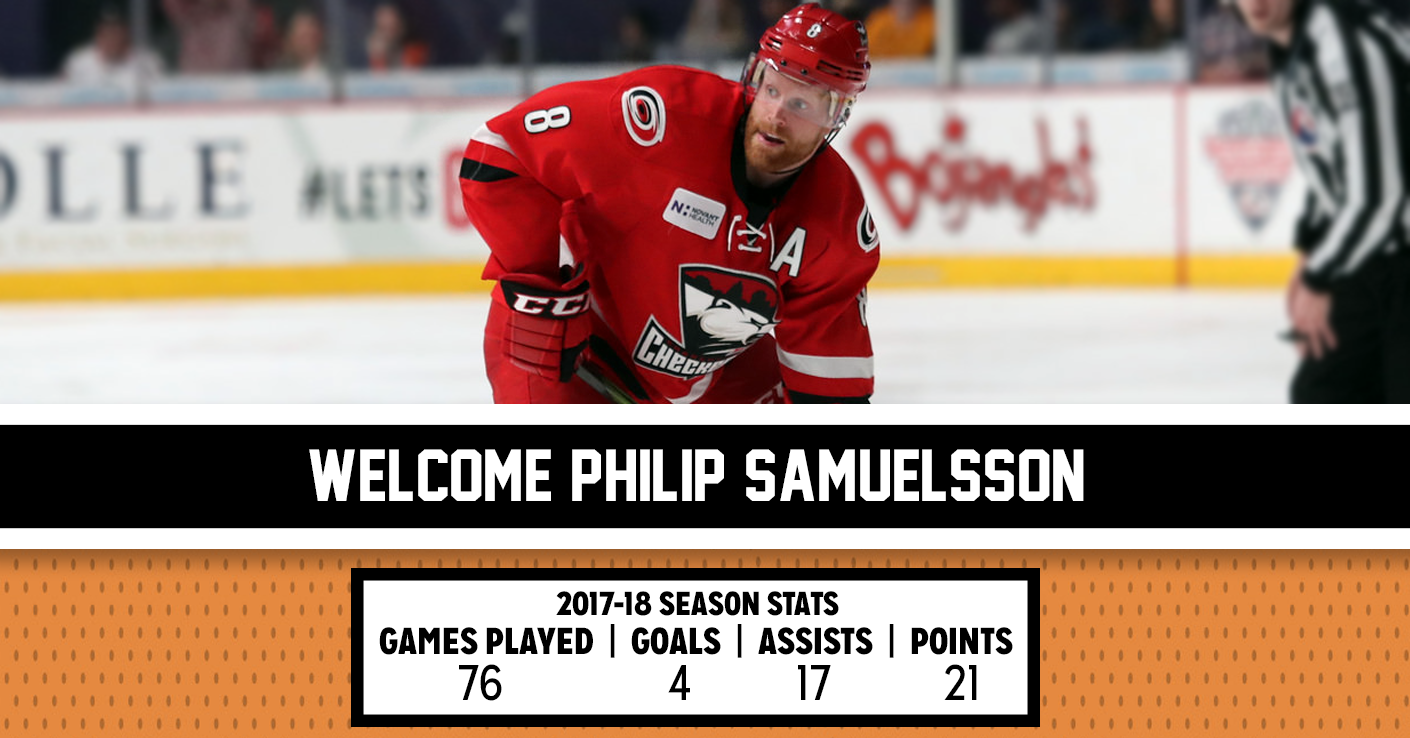 Lehigh Valley, Pa. — The Lehigh Valley Phantoms, AHL affiliate of the Philadelphia Flyers, are pleased to announced they have signed defenseman Philip Samuelsson to an AHL contract for the 2018-19 season.

The 194-pound, 6’2” blueliner is coming off a 2017-18 season with the Charlotte Checkers that saw him produce four goals and 17 assists for a total of 21 points in 76 games.  Samuelsson also led the entire AHL in plus-minus this past season, boasting a plus-44 rating.

A 27-year old out of Leksand, Sweden, Samuelsson was a second-round selection of the Pittsburgh Penguins during the 2009 NHL Entry Draft.  Throughout his seven-year professional career, he has played in 445 AHL contests and amassed 23 goals and 113 assists for 136 points.  Additionally, Samuelsson has also played a total of 13 NHL games between the Pittsburgh Penguins and Arizona Coyotes.

Philip is the son of former NHLer Ulf Samuelsson, who played 16 seasons between the Hartford Whalers, Pittsburgh Penguins, New York Rangers, Detroit Red Wings and Philadelphia Flyers before hanging up his skates in 2000. Ulf — a two-time Stanley Cup Champion — has also coached for the Hartford Wolf Pack, Phoenix Coyotes, New York Rangers, Charlotte Checkers and, most recently, with the Chicago Blackhawks.