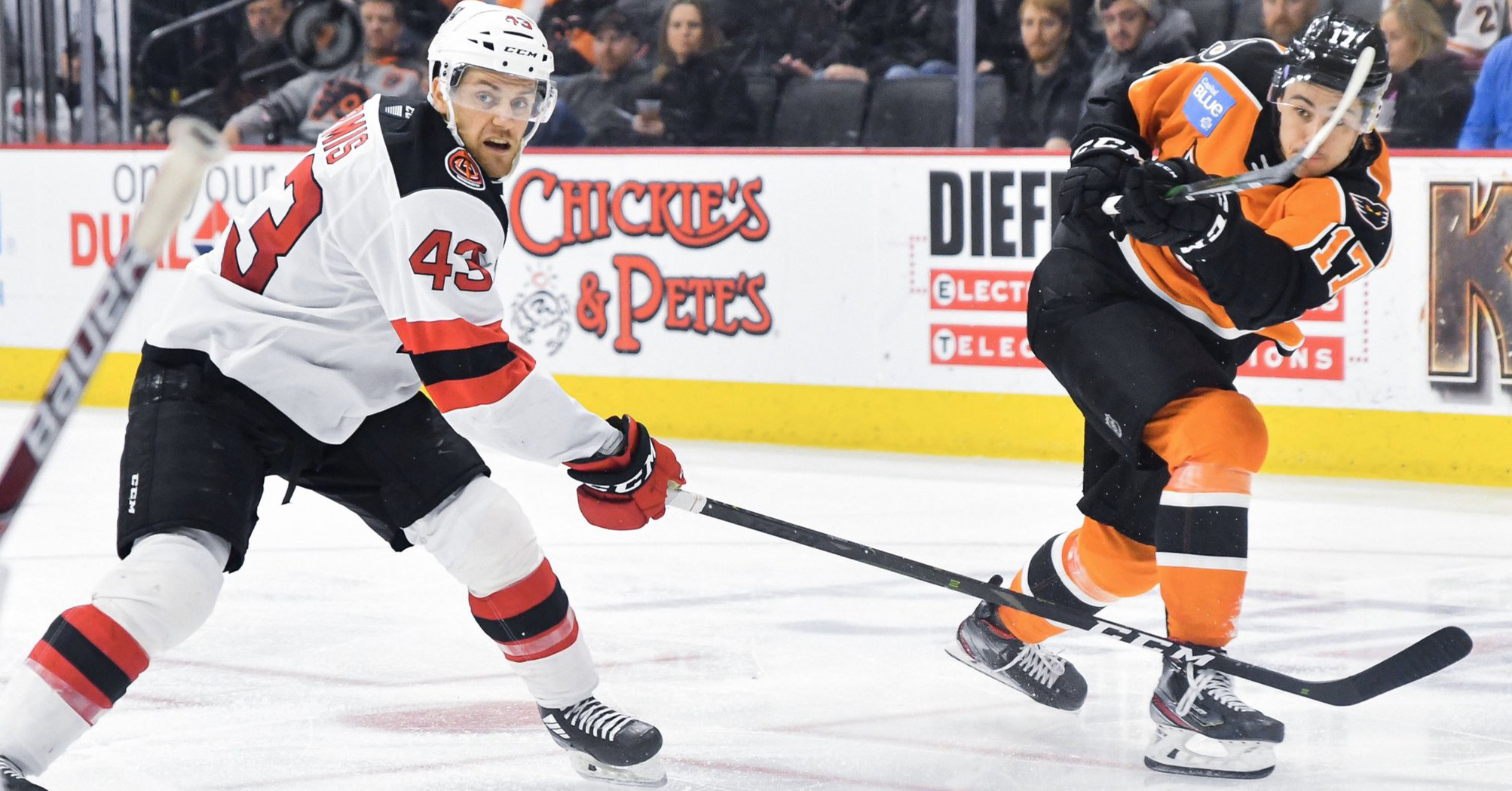 Lehigh Valley, Pa. – The Lehigh Valley Phantoms (17-19-1-4) took the ice on Friday night at the PPL Center looking to extend their season-long three-game winning streak against the Binghamton Devils (17-18-4-0), while also trying to end Binghamton’s eight-game winning streak. They were able to do so, winning the game 4-1, anchored by multi-point performances from Isaac Ratcliffe and Maksim Sushko and Nate Prosser’s first goal of the season. 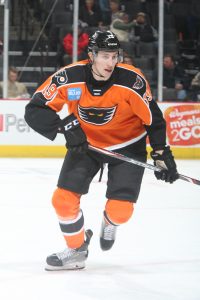 For the fourth consecutive game, the Phantoms struck first in the contest. The goal came at the 9:25 mark in the first period when Eric Knodel ripped a shot from right in front of the blue line that was redirected off the stick of Isaac Ratcliffe for his third goal of the season. The play was set up by Maksim Sushko, who gathered the puck behind the net before skating toward the bench and passing it to Knodel, who recorded his second assist in as many games.

Lehigh Valley jumped out to a 2-0 lead at the 16:28 mark in the second period. Binghamton goalie Giles Senn came out of his crease to pass the puck to a teammate, but flubbed it and German Rubtsov was there to intercept it and rip it into the back of the net. It was his second AHL goal of the season, and his first since October 19 against Springfield.

Phantoms captain Nate Prosser scored his first goal of the season at the 3:32 mark in the third period, putting the Phantoms ahead 3-0. Isaac Ratcliffe tallied his second point of the night with the assist. Kyle Crisculo started the play by knocking a loose puck out of the air and feeding it to Ratcliffe, who passed it across the slot to Prosser in the left circle. Prosser then skated in and sniped a wrist shot past Senn for the goal. The multi-point game was a career first for Ratcliffe.

Binghamton cut into the lead at the 9:57 mark in the third period, when Nate Schnarr poked a puck in behind J-F Berube for a power-play goal, making the score 3-1. 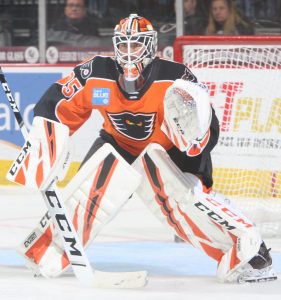 Kurtis Gabriel put the Phantoms back up by three with just over four minutes left in the game. A shot from Maksim Sushko bounced off of Senn’s pad, and Gabriel collected the rebound and backhanded it in. It was Gabriel’s third goal of the season, and his first of 2020. Sushko’s second assist secured his first multi-point game since November 3.

The 4-1 win extended Lehigh Valley’s winning streak to a season-long four games while snapping Binghamton’s eight-game winning streak. It was goalie J-F Berube’s third straight win, and the first time the Phantoms have scored at least four goals in back-to-back games this season. Additionally, the Lehigh Valley defense remained strong, allowing one or fewer goals for the third time in the last four games.

NEXT TIME OUT: The Phantoms will wrap up their five-game home stand on Saturday against the Rochester Americans (21-11-2-3)at 7:05 p.m. for the second night of Racing Weekend. Lehigh Valley has yet to play Rochester this season. The Phantoms swept the Americans in last year’s series.