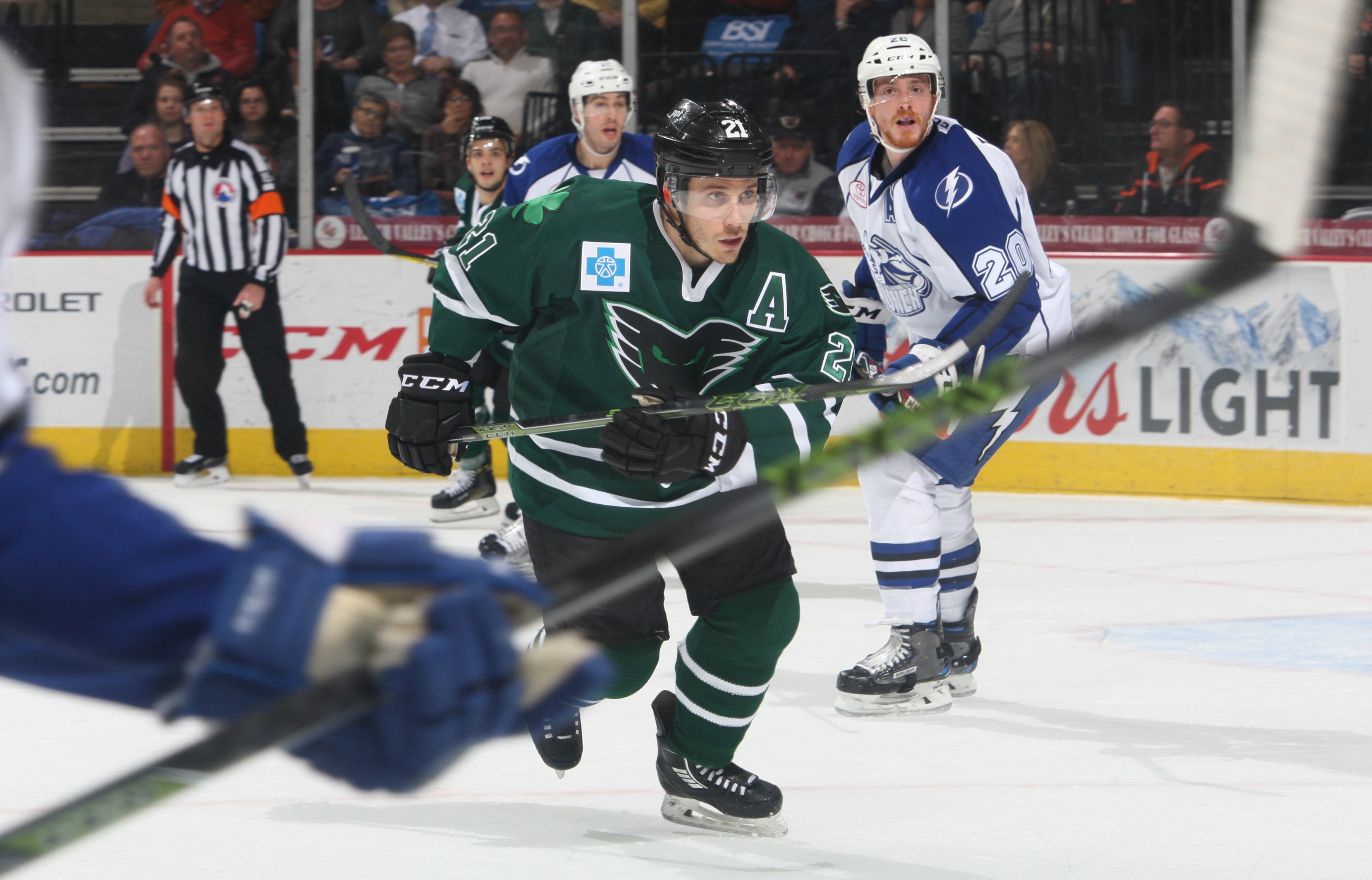 Lehigh Valley, PA – Danick Martel (17th, 18th) scored twice and Andy Miele added a goal and an assist as the Lehigh Valley Phantoms earned a critical standings point Wednesday evening as part of a 5-4 overtime decision with the Syracuse Crunch at PPL Center. With Wednesday’s outcome, the Phantoms moved to 39-18-4 overall this season and are now just three standings points back of the Wilkes-Barre/Scranton Penguins for the top spot in the tightly-contested Atlantic Division. 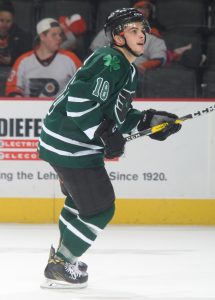 Lehigh Valley and Wilkes-Barre/Scranton will face off in a home-and-home series with weekend with the two sides set to clash at PPL Center on Friday, March 17 before invading the Mohegan Sun Arena on Saturday.

Radel Fazleev (6th) also found the back of the net Wednesday for Lehigh Valley as part of an offensive effort that produced 48 shots on goal, which tied for the second-most shots produced by the Phantoms in a single game this season.

Wednesday’s tilt was the third outing in a four-game home stand for the Phantoms inside PPL Center. Lehigh Valley has claimed five of a possible six standings points on the home stand and is now an impressive 20-7-3 at home this year. What’s more, the Phantoms have now garnered standings points in four straight outings and six of the club’s last seven games overall (5-1-1).

Special teams played a big part in Wednesday’s effort as Lehigh Valley was able to convert a pair of man-advantage markers in four power play opportunities. Wednesday’s robust performance marked the fifth time over the last 11 games in which the Phantoms have scored multiple power play goals and the 22nd such outing this year. What’s more, Lehigh Valley has now converted 14 man-advantage markers across the club’s last 11 games. 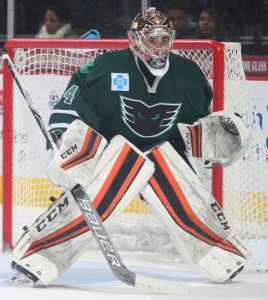 Syracuse opened the scoring less than eight minutes into Wednesday’s showdown when a spin-around centering pass by Kevin Lynch connected with Slater Koekkoek on the left wing who promptly snapped home his second goal of the season. Joel Vermin grabbed the secondary assist on the even-strength strike netted 7:40 into the first period.

The Crunch then doubled their advantage just over four minutes into the second stanza when a left wing shot by Ben Thomas produced a rebound within the Lehigh Valley goal crease that a diving John Kurtz was able to punch in for his second goal of the year. Thomas and Dylan Blujus assisted on the five-on-five conversion netted 4:09 into the middle period.

Less than three minutes later though, the Phantoms sliced Syracuse’s advantage in half when an alert stick lift at center ice by Nic Aube-Kubel produced a turnover and subsequent breakaway for Fazleev, which he promptly converted for his sixth goal of the season. Aube-Kubel garnered the only assist on the even-strength tally scored 6:54 into the second period. 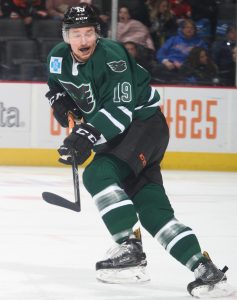 Lehigh Valley then leveled the contest and grabbed its first lead of the night on the strength of a pair of power play goals scored exactly one minute apart. First, precision passing by Mark Zengerle and Colin McDonald led to a one-timer by Martel from just atop the Crunch goal crease that quickly settled into the back of the Syracuse net for Martel’s 17th goal of the year. Zengerle and McDonald assisted on the man-advantage marker scored 12:15 into the middle stanza.

Then, 13:15 into the second period, a brilliant cross-ice pass from the right wing by Chris Conner connected with a streaking Miele on the left side who made no mistake in sending home his eighth goal of the season. T.J. Brennan collected the secondary assist on the power play tally, which helped produce Lehigh Valley’s 22nd multi-power play goal contest this season and the club’s fifth such outing over the last 11 games.

The Crunch remained resilient though and leveled the contest a little over eight minutes into the third period when a well-timed wraparound pass by Mike McNamee connected with Lynch at the left side of the goal who was able to tap in his third goal of the year. Jonathan Racine grabbed the second assist on the even-strength strike netted 8:16 into the final period of regulation.

Lehigh Valley reclaimed the lead with just over two minutes left in regulation when Martel deflected in his second goal of the night and 18th of the season. Miele and Mark Alt assisted on the five-on-five conversion netted 17:56 into the final frame. 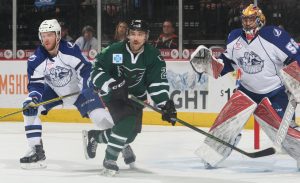 But the lead was erased just a minute later when, while on the power play and with McKenna back to the bench for the extra attack, Matt Taormina converted his 14th goal of the season to even the game with just over a minute remaining. Lynch grabbed the only assist on the equalizing marker scored 18:56 into the third period.

The Crunch then landed the game’s final conversion when Tye McGinn, a member of the Adirondack Phantoms from 2011-2014, netted his sixth goal of the season. Taormina and Michael Peca assisted on the game-winning conversion poured in 3:51 into overtime.

The Phantoms are back in action at PPL Center on Friday, March 17 when they cap their four-game home stand with a rivalry showdown against the Wilkes-Barre/Scranton Penguins. Friday’s contest will continue Lehigh Valley’s Celtic Celebration as the Phantoms will once again hit the ice in specialty St. Patrick’s Day jerseys, which will be auctioned off immediately following Friday’s contest.

A limited number of tickets remain for Friday’s game and can be purchased HERE.