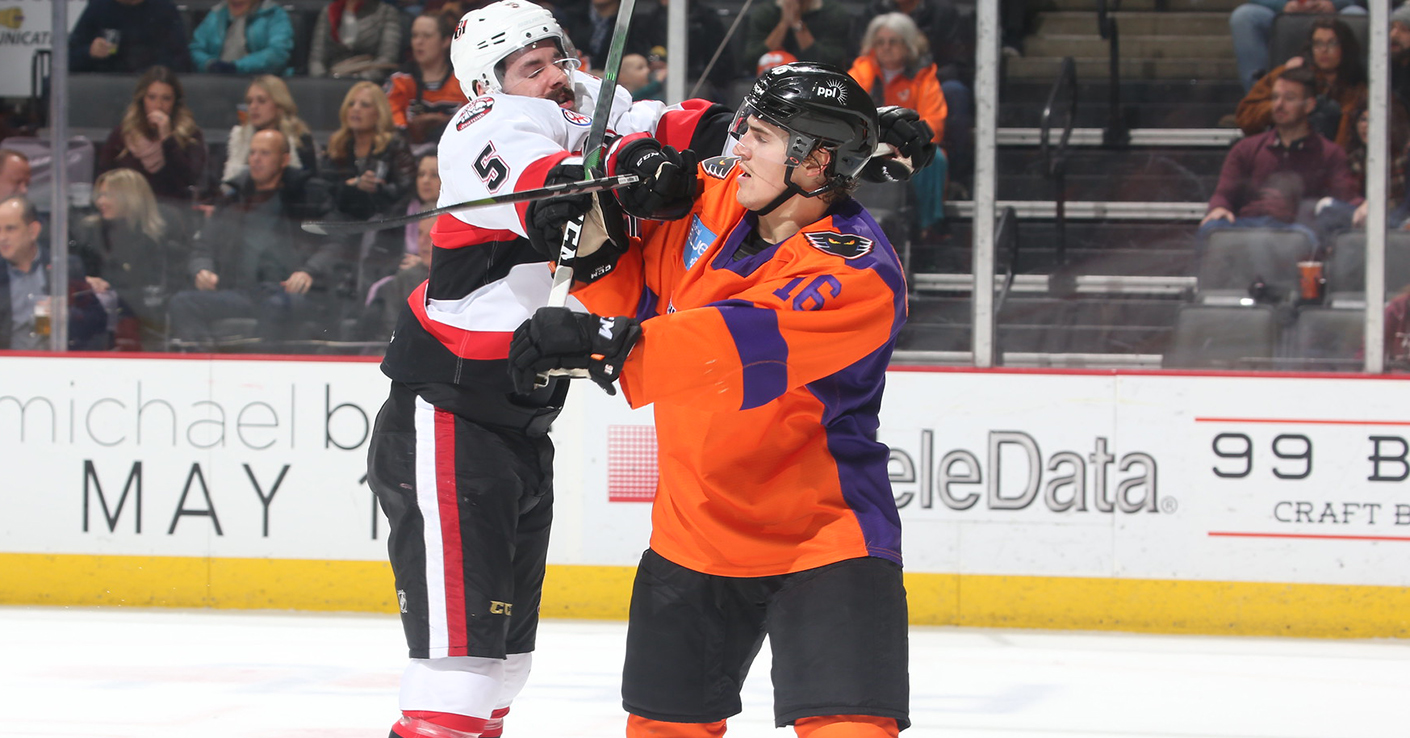 Lehigh Valley, Pa – For the 14th time in the first 19 games, the Lehigh Valley Phantoms (8-6-1-4) played a one-goal game but came up just short in a 2-1 loss to the Belleville Senators (10-8-1-0) on Saturday night. The Phantoms concluded their Retro Week with 90’s Night as they picked up four of the six points up for grabs this week. Greg Carey scored the lone goal for Lehigh Valley with just 14 seconds remaining and J-F Berube made 16 saves on 18 shots in net.

The Senators were the first to strike on Saturday night when Alex Formenton beat the Phantoms to the net and got one by J-F Berube stick side to make it 1-0. The Senators extended that lead just a few minutes later when Formenton found Rudolfs Balcers in front of the net, Balcers was able to deposit it past Berube giving the Sens an early 2-0 lead. Following the second goal, the Phantoms and Berbube were able to settle down defensively. Berube stopped each of the Senators four remaining shots that period. 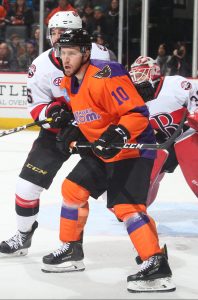 The Phantoms offense also picked up the pace following the Senators second goal and out shot Belleville the remainder of the period. The Phantoms continued to look for their first goal of the game in the second period and ended up leading in shots for the period with a 13-8 advantage. Despite out-shooting the Senators 22-15 through two periods, the Phantoms were unable able to solve Belleville goalie Filip Gustavsson, who was excellent throughout the night, and entered the second intermission down 2-0.

The Phantoms resilience continued into the third period and paid off in the final minute of the period while on a late power play. With J-F Berube pulled for an extra attacker, the Phantoms had a 6-on-4 advantage. With 13 seconds remaining, Greg Carey was able to get a shot off from the side of the net that got past Gustavsson to cut the Senators lead to 2-1. That was all the Phantoms would get as they fell to the Senators 2-1. The Phantoms, however, did finish with a 2-1 record on their three-game week at PPL Center, defeating the Charlotte Checkers on Wednesday and Friday night.

Next Time Out: The Phantoms will go on the road on Wednesday for the first part of a home-and-home with the Wilkes-Barre/Scranton Penguins. The Phantoms will then return home next Friday to take on the Penguins for their sixth of 12 meetings this season.