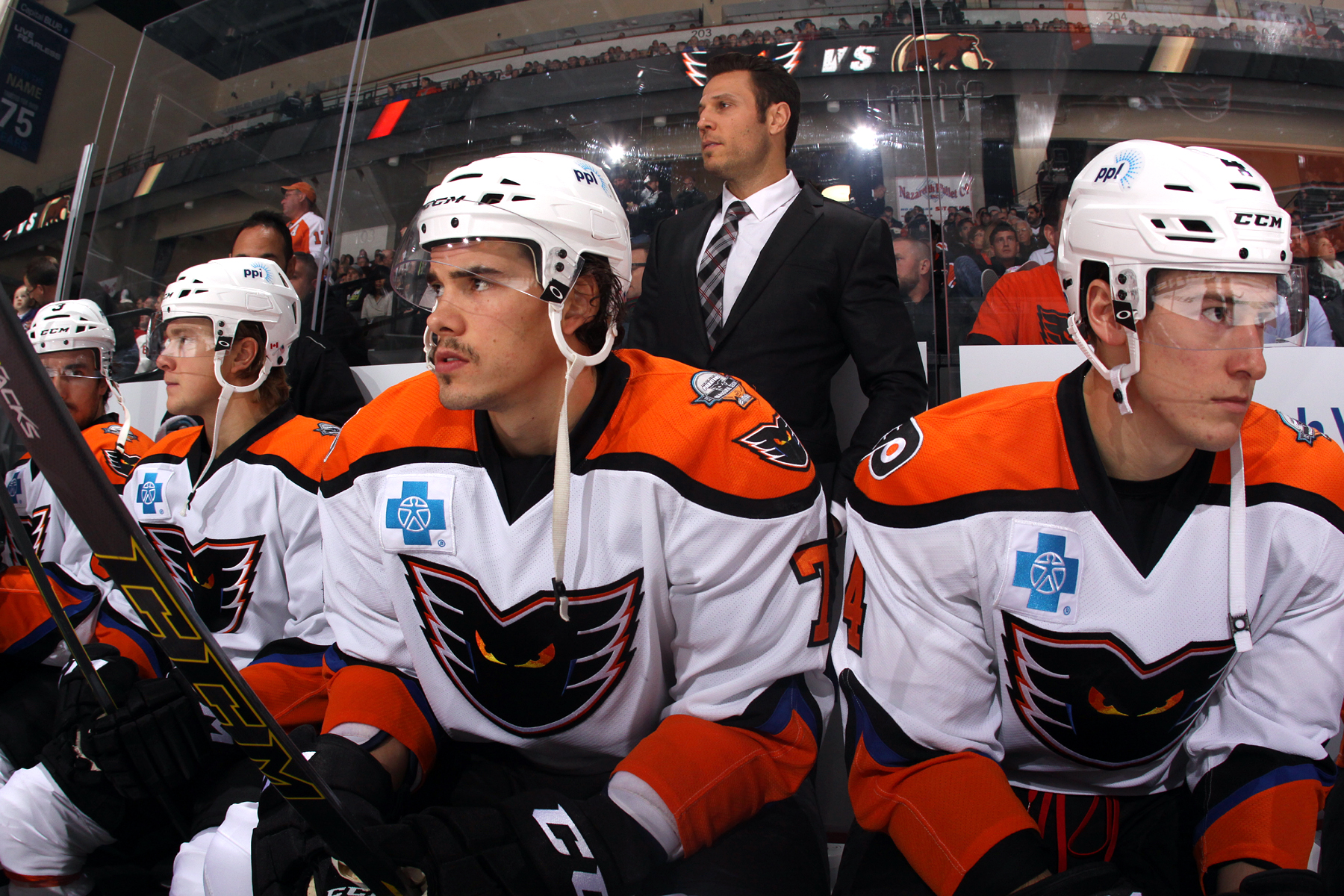 Lehigh Valley, PA – The Lehigh Valley Phantoms, proud AHL affiliate of the Philadelphia Flyers, claimed five of a possible six standings in a busy three-game week after the team was handed a 2-1 overtime loss to the St. John’s IceCaps Saturday evening in front of 8,146 fans at PPL Center. With the overtime decision, the Phantoms have now earned seven of an available eight standings points through the first four games of the team’s season-high five-game home stand. Lehigh Valley is now 8-6-2 overall and improved its record at PPL Center to an impressive 5-1-2.

Petr Straka scored for Lehigh Valley while Rob Zepp registered 24 saves on 26 IceCaps shots. The goal was Straka’s fourth of the season while Zepp allowed just two goals against for the eighth time in 12 games this season. The 33-year-old netminder is now 7-3-2 overall this year.

For the third straight game, the Phantoms grabbed the game’s opening goal and did so Saturday following a relentless forecheck from the trio of Nick Cousins, Zack Stortini and Straka. In the midst of a pair of delayed penalties against the IceCaps, Straka and Stortini continued to battle for a loose puck atop the St. John’s goal crease and it was Straka with a backhanded effort while sprawled on the ice after he was cross-checked from behind who was able to slip the loose disc just inside the right post and past the outstretched skate of IceCaps goaltender Connor Hellebuyck. Stortini and Brandon Manning assisted on Straka’s fourth goal of the season as Lehigh Valley produced the game’s first goal for the seventh time this season. The Phantoms have now registered at least one opening-period conversion in each of the last five games at PPL Center. Meanwhile, Manning extended his point streak to a season-high five games.

St. John’s was able to level the contest a little over two minutes into the second period when, while on the power play, Brenden Kichton unleashed a rocket of a one-timer from the right point that sizzled past the fully-extended glove of Lehigh Valley netminder Rob Zepp. Julien Brouillette and John Albert assisted on the man-advantage marker which was the first goal allowed by the Phantoms over the last 105:52 of game action. Lehigh Valley hadn’t allowed a goal to the opposition since Kris Newbury scored for the Hershey Bears 3:30 into the third period of Wednesday’s 3-2 shootout win.

Both sides had their opportunities to break the 1-1 deadlock through the remainder of the second period but both Zepp and Hellebuyck held their ground. First, Zepp made a trio of saves in quick succession shortly after the IceCaps evened the game. Then it was Hellebuyck’s turn as the hard-nosed trio of Darrell Powe, Jay Rosehill and Brett Hextall went to work on a grinding forecheck only to be turned away by St. John’s 21-year-old goaltender. Finally, Zepp turned in a dazzling performance with just under seven minutes remaining in the middle frame when he fought off the IceCaps’ efforts in a net-mouth scramble to break the tie.

The even contest continued through the third period despite a tremendous opportunity while shorthanded for the Phantoms when Hextall slipped behind the St. John’s defense and redirected a perfect centering pass just off Hellebuyck’s outstretched right arm.

With six minutes left in the third, Darroll Powe sparked some oohs and aahs from the crowd when he streaked in behind the goal and stripped Hellebuyck of the puck. But the veteran’s attempt to convert on the go-ahead wrap-around was denied by the sprawling IceCaps netminder who denied the dramatic tally.

Lehigh Valley’s penalty kill then went to work as the Phantoms expertly killed a pair of IceCaps’ power plays in the game’s final 12 minutes to preserve the tie and send the game to overtime.

Amidst a wide-open, three-on-three bonus session, St. Johns’ Julien Brouillette was able to cut in on the left wing before lifting a backhand in close quarters just over Zepp’s shoulder and into the Phantoms cage. Eric O’Dell earned the only assist on the conversion netted 3:43 into overtime.

Lehigh Valley outshot St. John’s 33 to 26 on Saturday. Meanwhile, the Phantoms’ penalty kill was 4-for-5 on the evening while the team’s power play was 0-for-3.

The Phantoms return to action this Wednesday, November 26th when Lehigh Valley concludes its season-high five-game home stand by welcoming the Springfield Falcons to PPL Center for the first time this season. What better way to kick off your Thanksgiving holiday than with an evening of Phantoms hockey?! Tickets for Wednesday’s contest are available now at the Mealey’s Furniture Box Office at PPL Center (701 Hamilton), by calling 610-347-TIXX (8499) or online at pplcenter.com.