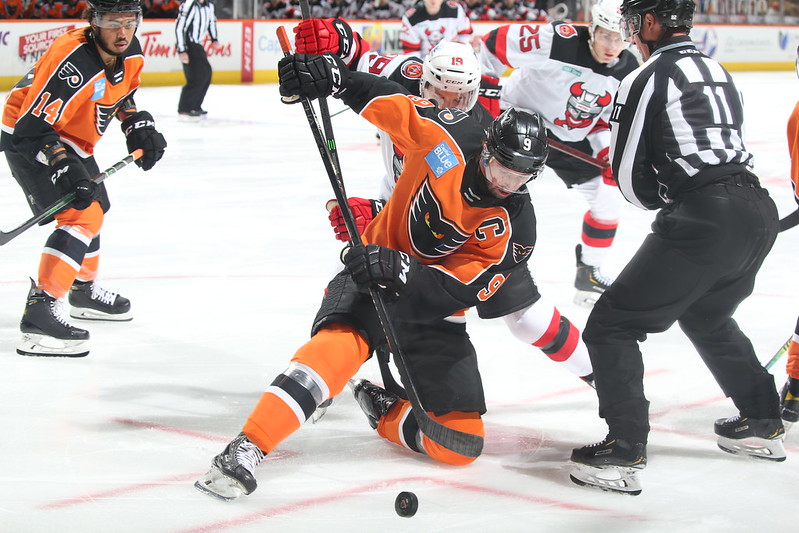 Lehigh Valley, PA – The Phantoms THOUGHT they had won the game in overtime when Ryan Fitzgerald pushed the puck across the line. But the referee waved off the goal allowing the game to continue. Eventually, the Devils won 4-3 in a shootout in the final game of the season. 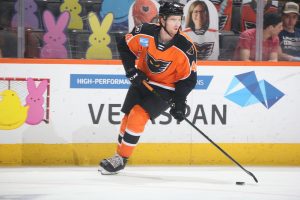 Lehigh Valley finished at 18-7-6 in its immensely successful 2021 campaign that almost didn’t happen in the first place. Against all odds, the AHL began its 85th season in February in empty or mostly-empty arenas all across the league. But the importance of forging ahead for this season for the organizations, prospects, veterans and fans was paramount in this triumphant accomplishment.

Linus Sandin (6th), Max Willman (9th) and Ryan Fitzgerald (12th) scored for Lehigh Valley who had a 3-1 lead in the second period before the Devils rallied.

Leading 3-2 in the third period, the Phantoms appeared to have pushed their lead by another goal when Chris Bigras found the back of the net from the blue line with under six minutes left. But Devils goalie Evan Cormier had fallen in the crease as the goal was scored and the Phantoms were called for goaltender interference on the first of the two late goals they would score that were both waived off. 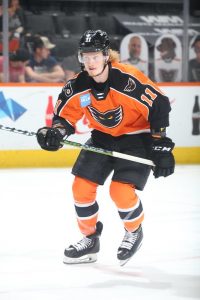 Fabian Zetterlund opened the scoring just 32 seconds into the game with a rebound at the net-front through Felix Sandstrom for a 1-0 lead.

But Linus Sandin blasted home a power-play goal on a one-timer in the slot on a nice setup by Ryan Fitzgerald rotating back up after a hand-off from Cal O’Reilly. And Max Willman found the back of the net on his long shot from the blue line that eluded the right skate of Devils goalie Evan Cormier while staying just inside the left-wing post to put the Phantoms ahead at 2-1.

Lehigh Valley extended its lead to 3-1 in the second period with Cal O’Reilly wheeling along the left boards to perfectly connect with Ryan Fitzgerald rushing right at the goal for the conversion. Tyler Wotherspoon had a nice secondary assist pinching on the left boards to nudge the puck away from a Devils forward trying to exit the zone.

The Devils pulled to within a goal in the closing seconds of the second period on Grahme Clarke’s breakaway goal to make it 3-2.

Nolan Foote tied the game for the Devils with 1:24 left on a deflection at the net-front with their goalie pulled for an extra-attacked. The two teams traded strong chances in the 3-on-3 overtime and it appeared the Phantoms had won the game in overtime with about two minutes remaining but there was no opportunity to look again at the puck crossing the line because video-replay reviews were not available in the AHL this season. 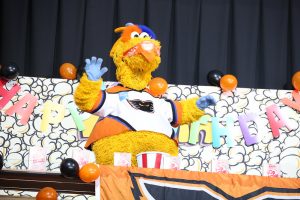 Grahme Clarke scored the lone goal in the shootout for the victory in the last-ever game for the Binghamton Devils. New Jersey is moving their AHL affiliate to the Utica Comets next season and Binghamton will not be in the AHL.

Ryan Fitzgerald’s 12 goals paced the Phantoms this year and Cal O’Reilly topped the team in points with 23.

Lehigh Valley finished the season with a five-game point streak.

Thank you for your continued support, Phantoms fans. We can’t wait to see you in October!