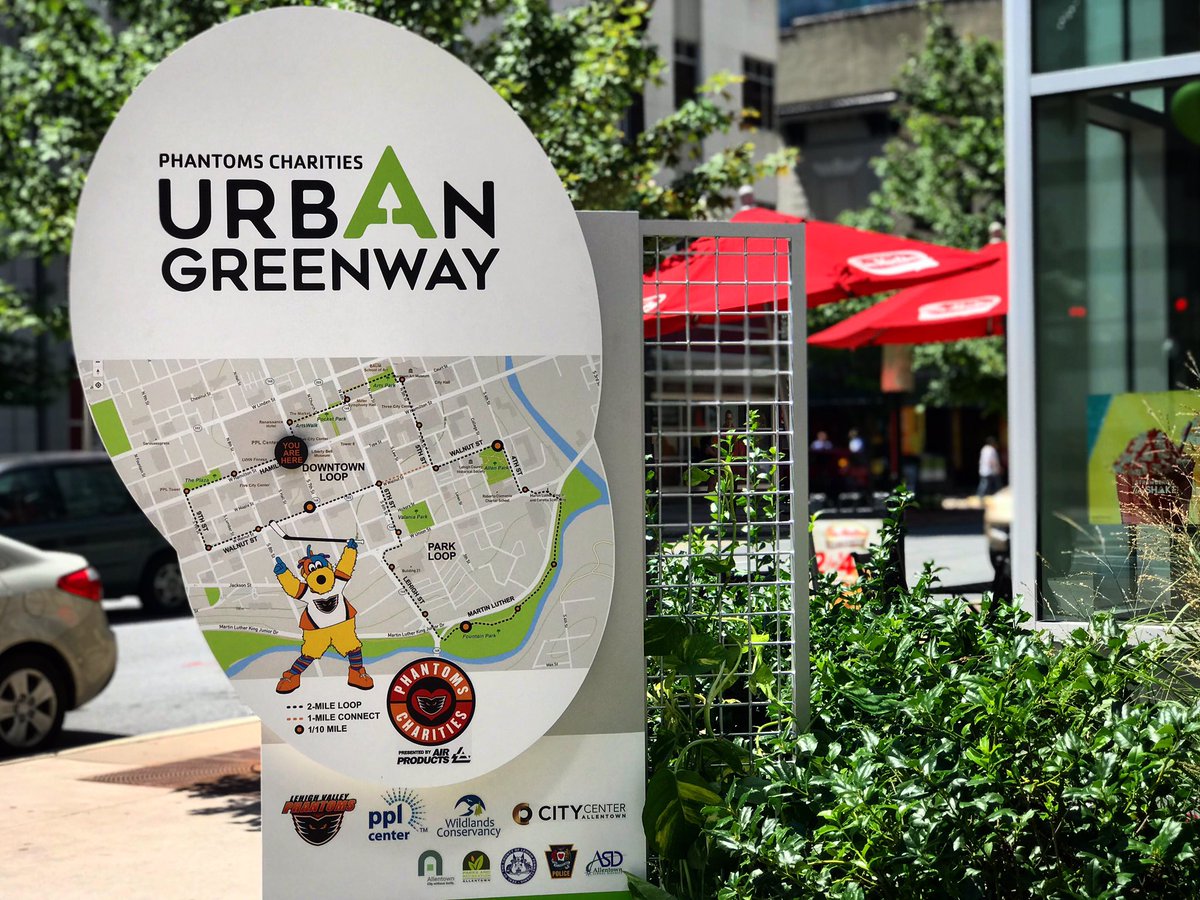 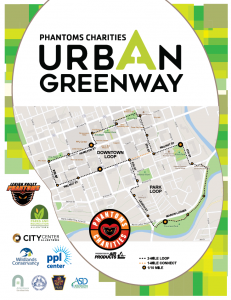 Local residents, families, community nonprofits, and business professionals enjoyed all of the beauty that Allentown has to offer while walking the Urban Greenway by “following” meLVin’s footprints along city sidewalks.  meLVin is the mascot and #1 fan of the Lehigh Valley Phantoms.   meLVin enthusiastically greeted guests and distributed free giveaways to attendees.  In addition to the footprints, maps throughout the trail route guide walkers and runners in using either the 2-mile loop or a shorter 1-mile option.

Phantoms Charities invited Allentown School District students to create artwork on several newly installed benches that depict the health and fitness theme.  The benches are along the trail positioned in scenic locations to offer people a peaceful place for a restful break.

The Urban Greenway is one of Phantoms Charities many projects and programs that empower the community.  Phantoms Charities’ mission is to strengthen our community by developing, instituting and operating charitable and educational programs and services aimed at improving the lives of children and adults in the Lehigh Valley and the surrounding communities, with a special emphasis on youth health, fitness, sports and education.