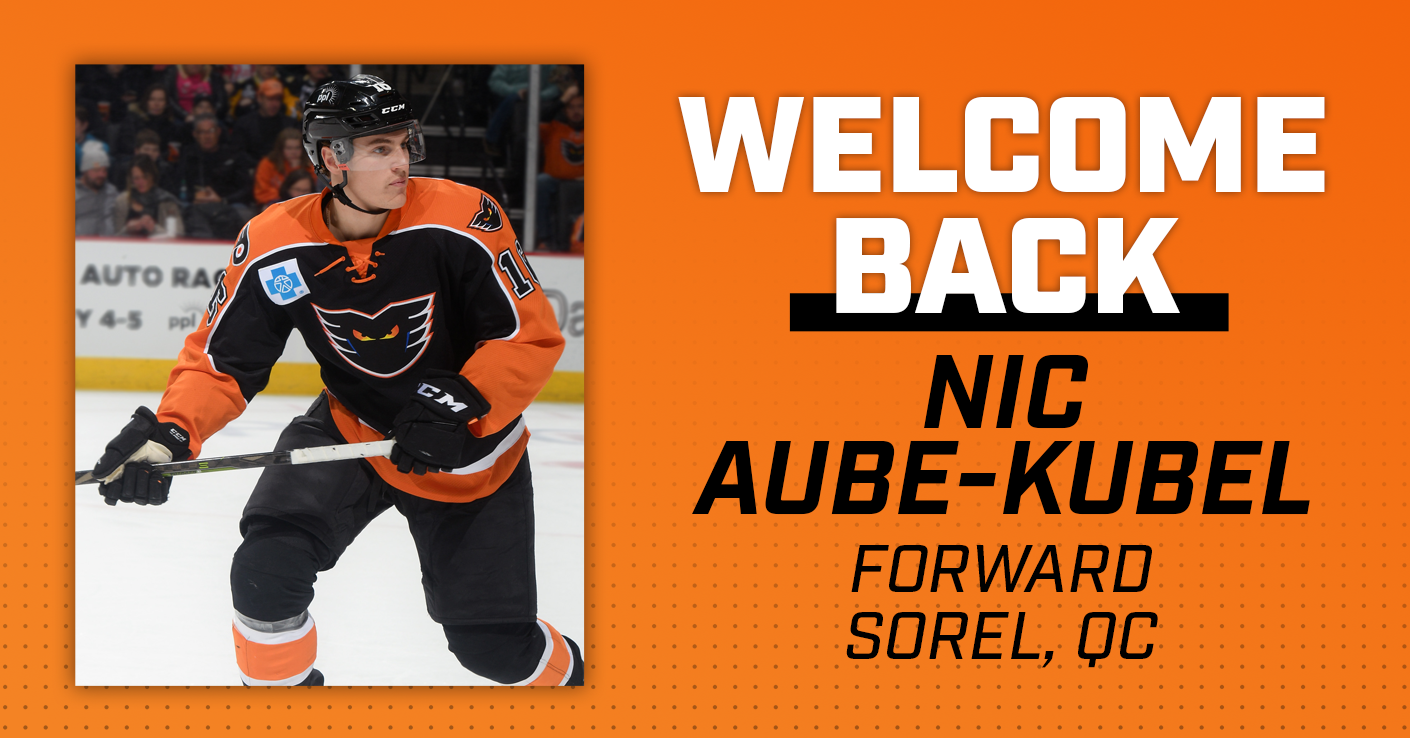 Lehigh Valley, Pa. – The Philadelphia Flyers, parent club of the Lehigh Valley Phantoms, have announced that they have signed forward Nicolas Aube-Kubel to a one-year, two-way contract extension. 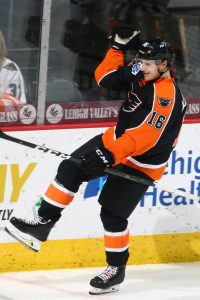 Aube-Kubel, 23, returns for his fourth full professional season after spending most of the previous three seasons with the Lehigh Valley Phantoms. He registered 30 points with 16 goals and 14 assists in 54 games with the Phantoms during an injury-plagued 2018-19 season. Aube-Kubel currently ranks seventh in Lehigh Valley history with 203 games played in black and orange. He also ranks in the top 10 in every offensive category, currently sitting sixth in goals (45), ninth in points (97), 10th in assists (52) and sixth in penalty minutes (216) during his time with Lehigh Valley. 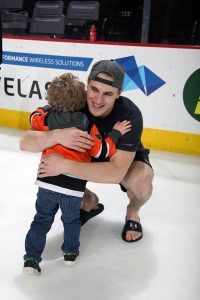 A native of Sorel, Quebec, Aube-Kubel was drafted in the second round (#48) of the 2014 NHL Draft by the Philadelphia Flyers. He made his NHL debut with the Flyers on October 30, 2018 against the Anaheim Ducks and played nine games for Philadelphia and was a +1 rating during the 2018-19 season.