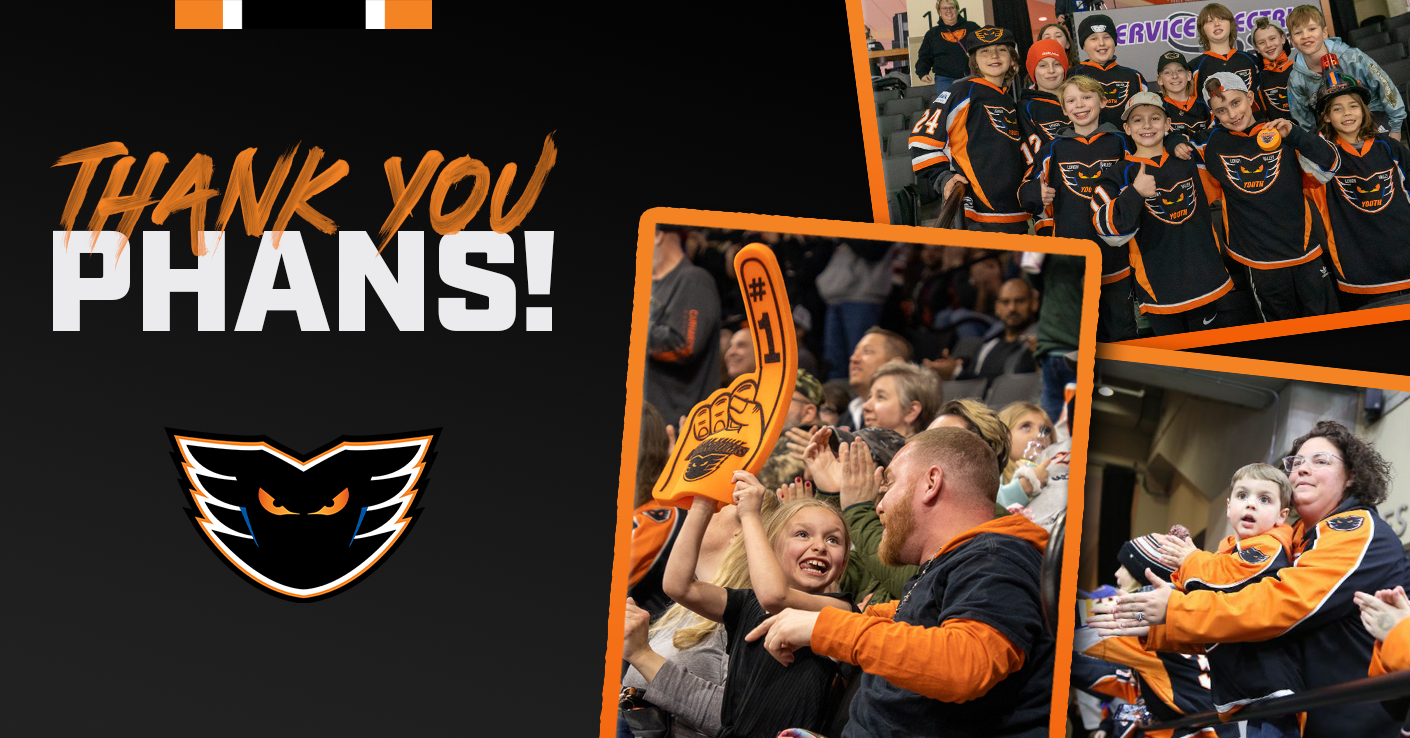 O’Reilly and Ratcliffe with 2 Points Each, Phantoms over Penguins 3-0

Lehigh Valley, PA – Felix Sandstrom’s 26-save total was good for his second career shutout and the Phantoms finished the season in style with a 3-0 victory over the Wilkes-Barre/Scranton Penguins on Saturday night at PPL Center. Cal O’Reilly (21st) and Isaac Ratcliffe (11th) both tallied a goal and an assist and Linus Sandin (8th) also lit the lamp in the emotional evening that marked the end of the 2021-22 campaign.

A raucous PPL Center crowd on Star Wars Night stood and roared with approval for the final seconds of the game and then screamed with delight when the team rushed back onto the ice for a curtain call. 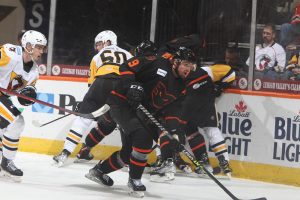 Lehigh Valley (29-32-15) struck early for their second-fastest goal of the season. The Phantoms were buzzing right from the opening faceoff and had Wilkes-Barre/Scranton goalie Alex D’Orio immediately scrambling. Cooper Zech kept the attack going from the left boards when he found Cal O’Reilly in the high-left slot whose shot missed off the short side. But the ricochet off the endboards perfectly came out to Sandin on the right of the cage who buried the first goal of the night past the left skate of D’Orio just 28 seconds into the game for a 1-0 lead.

Wilkes-Barre/Scranton (35-33-8) ended up with the better of the play for the majority of the period. After rifling off three shots and one goal in the game’s opening 28 seconds, the Phantoms had only three more shots on goal the rest of the way. Sandstrom was challenged early but came up with the necessary stops as the Penguins outshot Lehigh Valley 10-6 in the opening 20 minutes.

The Penguins continued to pressure in the second period. Lehigh Valley had a handful of shifts when they were somewhat trapped in their own zone and had a difficult time finding a clean exit or an easy line change. But Wilkes-Barre/Scranton was mostly kept to the perimeter on those pushes and the Phantoms hung in there with their 1-0 lead.

The Phantoms turned the tables in the latter five minutes of the second period and ended up outshooting the Penguins 14-4 in the frame. More importantly, Lehigh Valley tacked on two more goals.

Cal O’Reilly had a dangerous scoring try at the net front and was hooked down to give the Phantoms their first power play of the game. Ratcliffe in the lower-right circle found an open O’Reilly on the backdoor who buried his team-leading 21st of the season for a 2-0 lead with 3:59 remaining in the second period. Adam Clendening had connected with Ratcliffe for a secondary assist to start the sequence. 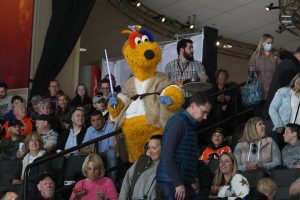 Logan Day’s lead pass found Isaac Ratcliffe in the clear who converted on his 11th of the season pushing the breakaway opportunity through five-hole on D’Orio. The goal came moments after two close calls in tight for Maksim Sushko.

The Phantoms enjoyed a 3-0 lead after 40 minutes and from there it was merely a matter of preserving the blank sheet for Sandstrom. Wilkes-Barre/Scranton didn’t have many decent looks in the third period and the Phantoms carried the second shutout in barely over a week all the way to the end to finish the night.

The Phantoms won the season series over the rival Penguins with a 6-5-1 record.

Hugs and well-wishes were exchanged to the noisy approval of the crowd. Phantoms players reappeared after the victory to participate in the team’s postgame jersey auction for the fans.

Fans get to return to PPL Center on Sunday from 1:30 to 2:30 for the Phantoms’ annual Paint the Ice event, presented by Dorney Park. The fun end-of-season celebration is free and open to the public.

Thanks to all of our great Phantoms Phans!! See you next season!!!