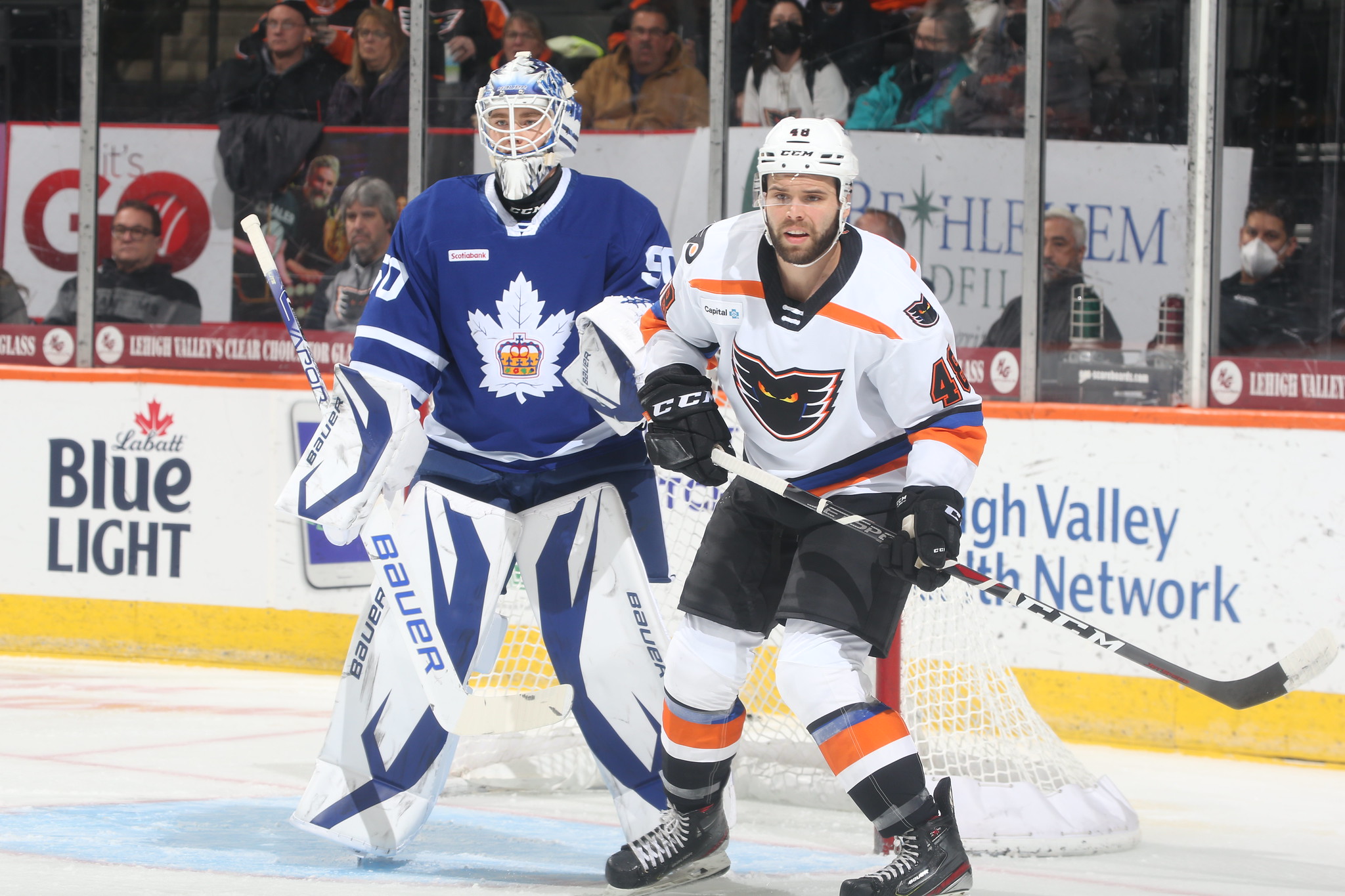 Kile to Phantoms, Saulnier to Reading, Sandstrom to Flyers

The Lehigh Valley Phantoms have made the following transactions:

Kile, 27, was sent to the Maine Mariners last week after recovering from an injury. He has played in 16 games with the Phantoms this season scoring three goals with two assists for five points. He recently played in four games with Maine scoring four goals with two assists. On the season, Kile has scored 9-9-18 in his 11 games with the Mariners after a belated start to the season due to an injury.

The former University of Michigan captain signed an AHL contract with the Phantoms in January. He has played in 205 games in the ECHL scoring 78-90-168 and he is also the first-ever player to sign with the new Maine Mariners three years ago. Kile has played in 67 AHL games in his career scoring 11-5-16 in stays with Lehigh Valley, Hartford, Laval, Utica and Rochester.

Saulnier, 28, is in his second season with the Phantoms and has scored three goals with three assists this season in 43 games played. He also leads the Phantoms with 88 penalty minutes. He had four goals in 16 games with the Phantoms last year including an incredible game on May 9, 2021 in which he had a natrual hat trick in the first period against Wilkes-Barre/Scranton.

The University of Alabama-Huntsville product from Halifax, Nova Scotia played for the Rapid City (S.D.) Rush in the ECHL as a professional rookie in 2019-20 scoring 22-22-44 in 51 games. Saulnier has never played for the Reading Royals.

Hockey Fiesta Weekend at PPL Center is this Friday and Saturday with back-to-back home games against the Wilkes-Barre/Scranton Penguins and Utica Comets.