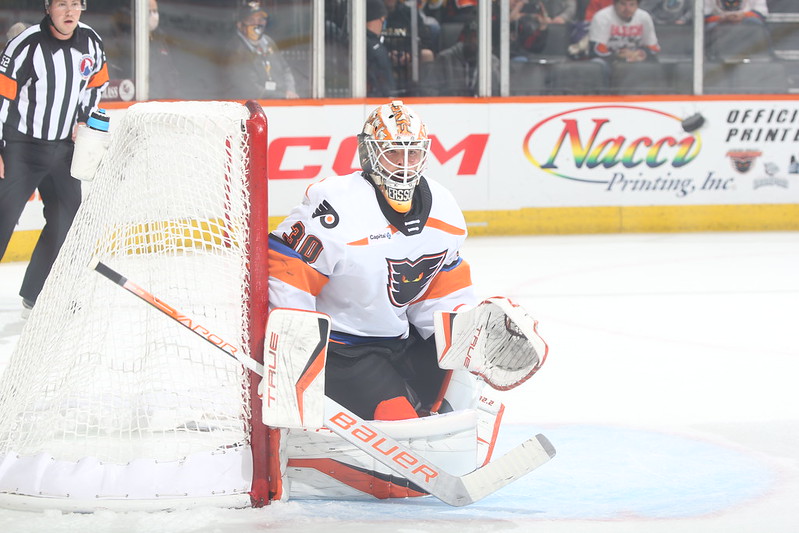 Phantoms at Home Friday and Saturday

Ersson, 23, was recalled to the Flyers for one day while Carter Hart was unavailable due to illness. The Round 5 selection of the Flyers in the 2018 NHL Draft picked up his first career professional win on Saturday at Laval with a 35-save performance in a 3-2 overtime decision.

Nagle, 35, has played in three games with Reading this season going 1-2-0, 4.71, .823. Last year with the Phantoms, he was 10-6-6 with a 2.74 goals-against average and .904 save percentage. Nagle also played in 17 games with Reading last year where he was 11-3-3, 2.41, .925. Nagle received a tremendous honor when he was selected to the USA Olympics Team that competed in Beijing, China in February. He is the ECHL’s third all-time winningest goaltender with 203 career victories.

Maier, 21, is a rookie goaltender from Yorkton, SASK has played in five games with Reading going 1-2-1, 2.59, .887. With the Phantoms in the preseason, he made 27 saves on 28 shots in 40 minutes of action at Wilkes-Barre/Scranton on October 7 and he also played at PPL Center as the Flyers starting goalie against the New York Rangers on September 16. With the Saskatoon Blades in Major Juniors, Maier set a WHL record with 122 career wins.

The Phantoms return to PPL Center with a pair of games this weekend. Friday at 7:05 p.m. against the Springfield Thunderbirds is our WFMZ-69 Phantoms Coat Drive. Fans receive tickets to the game if they donate a new or gently used coat on Friday before 5:00 p.m.

Saturday at 7:05 p.m. is 90s Night. Be sure to get your “All 90s” package deal beginning at just $39 including one ticket to the game on Saturday and one ticket to the I Love the 90s concert at PPL Center on Friday, November 18 with Vanilla Ice. The Saturday game is also Boy Scout Night. 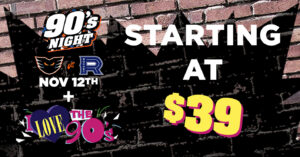