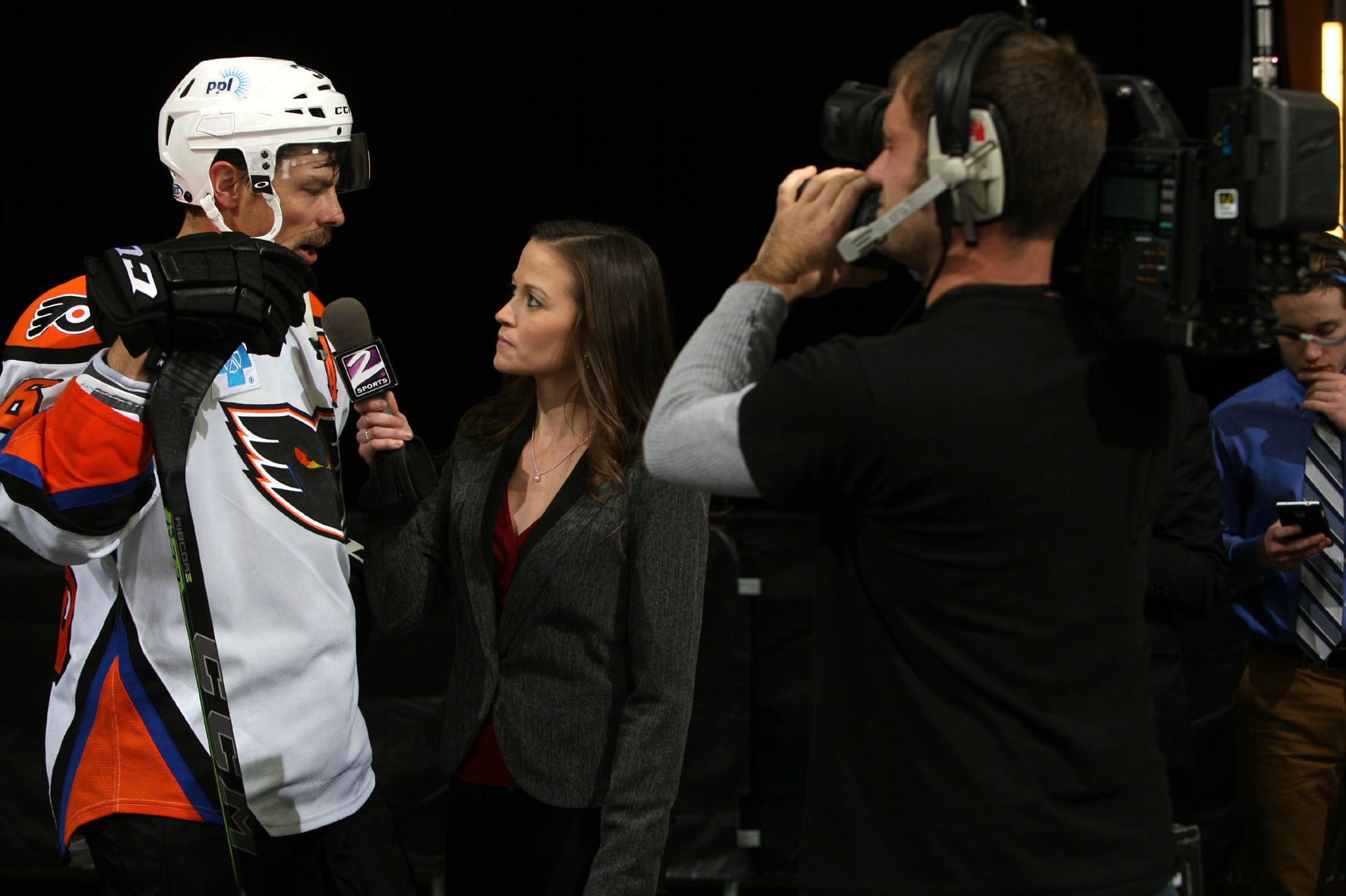 Eight Games to Simulcast on WFMZ

Lehigh Valley, PA – The Lehigh Valley Phantoms, proud AHL affiliate of the Philadelphia Flyers, are pleased to announce the team’s 2015-2016 broadcast schedule. Together with Service Electric Cable TV & Communications and WFMZ-TV, the Phantoms will broadcast all of the team’s home games throughout the 2015-16 season. Similar to last season, the broadcasts will be produced by Service Electric’s award-winning production team led by John Walson and Andy Himmelwright. The production is complete with 14 different camera views all in top-notch HD quality.

“Service Electric is a great partner and together we are proud of our high-level broadcasts,” said Phantoms Executive Vice President Chris Porreca. “The hard work and dedication put into each broadcast creates a first-class viewing experience for our fans.”

The game broadcasts incorporate a 14-camera shoot, including 8 Triax Cameras, 2 Roaming RF Cameras and 4 Robo Cams. Broadcasts begin with “Phantoms Front and Center” hosted by Doug Heater and Kristi Fulkerson 30 minutes in advance of puck drop. Steve Degler then provides the play-by-play of the heart-pounding excitement of Phantoms hockey at PPL Center.

“Adding WFMZ-TV to our partnership with Service Electric to simulcast these eight home games is a great way to showcase the fast action of Phantoms hockey to our many fans not only throughout the Lehigh Valley but also stretching the tri-state area into Philadelphia, New Jersey and Delaware,” Porreca said.

In addition to broadcasting each Phantoms home game, the Phantoms and Service Electric also produce and broadcast “Phantoms – Breaking the Ice” each Monday from 7:00 – 7:30 p.m. live at Chickie’s & Pete’s at PPL Center throughout the season. “Phantoms – Breaking the Ice” features live interviews with Phantoms players along with feature pieces that provide an in-depth and behind-the-scenes look at the team.

In order to watch the exciting Phantoms home game action in HD quality and catch each and every episode of “Breaking the Ice,” fans need to subscribe to Service Electric Cable. For more information, call 610-865-9100 or visit www.sectv.com.

The Phantoms are back at PPL Center this Saturday, October 24 when the team kicks off a four-game home stand with a 7:05 p.m. tilt with the Providence Bruins. The first 8,500 fans in attendance that evening will receive a free magnet schedule presented by Capital BlueCross and Pita King.

The home stand continues on Sunday, October 25 when the Toronto Marlies visit downtown Allentown for the first and only time this year for a 5:05 p.m. showdown. Sunday’s game features a youth jersey giveaway where the first 2,500 kids 14 and under will receive a free youth hockey jersey courtesy of Capital BlueCross, Dick’s Sporting Goods and Velaspan.