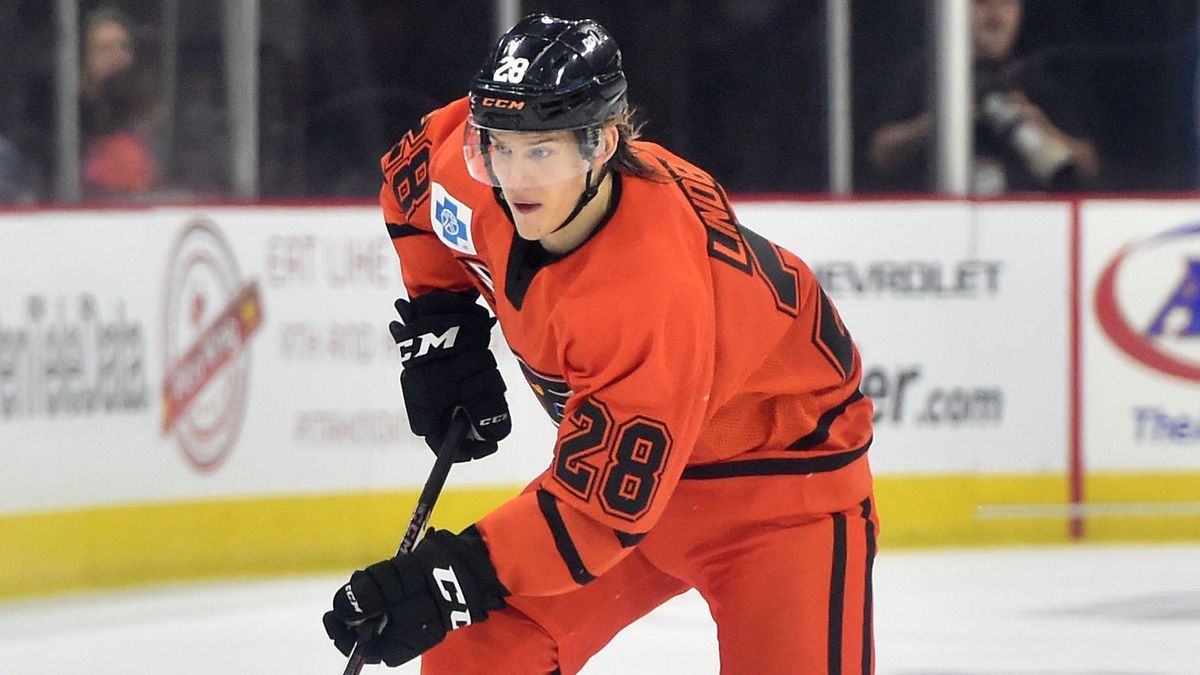 The National Hockey League announced that Philadelphia Flyers left wing Oskar Lindblom has been awarded the Bill Masterton Memorial Trophy, which is presented annually to the player who best embodies the qualities of perseverance, sportsmanship, and dedication to the game of hockey.

“I feel very, very honored and proud to win this award and to compete with these types of players like Matt Dumba and Patrick Marleau that are great players and great people on and off the ice. It’s very special for me,” said Lindblom in accepting the award from last year’s recipient, Bobby Ryan. “Just to be able to get back on the ice again was so, so good and I can’t say more than that. It was an awesome feeling to be back on the ice again… I would like to thank my family, my girlfriend, my whole team, the organization and especially the doctors and nurses who have been helping me along the way, and everyone else who have been with me the whole way. I just want to say a big thank you to all of you.” 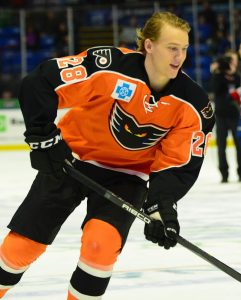 “On behalf of the Philadelphia Flyers, I’d like to congratulate Oskar for this well-deserved honor given to him by the PHWA and the National Hockey League,” said Flyers President of Hockey Operations and General Manager Chuck Fletcher. “Oskar is a young man that continues to impress us with his level of commitment and character. To go through what he went through and return to the team during our playoffs in the Toronto bubble shows an incredible amount of determination and courage. He followed that up by working extremely hard to prepare for a full season in which he had an immediate impact in our room and on the ice.”

Lindblom appeared in 50 of the team’s 56 games and recorded 14 points (8g-6a) this past season, after being diagnosed with Ewing’s sarcoma by leading specialists at the University of Pennsylvania in December of 2019. He returned to the Flyers in the NHL bubble for the 2020 Stanley Cup Playoffs and appeared in Games 6 and 7 of the Second Round vs. NY Islanders.

Lindblom played parts of two seasons with the Phantoms in 2015-16 and 2017-18 scoring 18 goals with 23 assists for 41 points in his 62 games with Lehigh Valley. He appeared in the 2018 AHL All-Star Classic shortly before a recall to the Flyers for his NHL debut a few days later. Lindblom re-joined the Phantoms for the Calder Cup Playoffs for the team’s run to the Eastern Conference Finals. He skated in 11 playoff games scoring four goals with three assists.

On May 10, 2021, the Philadelphia Chapter of the Professional Hockey Writers Association (PHWA) chose Lindblom as the Flyers nominee to the NHL, and on June 8 he was named a finalist, marking the second consecutive year he was nominated and named a finalist.

In parts of four NHL seasons, all with the Flyers, Lindblom has recorded 38 goals and 33 assists for 71 points in 184 career regular season games. He was selected by the Flyers in the fifth round (138th overall) in the 2014 NHL Entry Draft, which was held in Philadelphia.

The trophy named in Masterton’s honor was originally presented by the NHL Writers’ Association in 1968 to commemorate the late Bill Masterton, a player with the Minnesota North Stars, who exhibited to a high degree the qualities of perseverance, sportsmanship and dedication to hockey, and who died January 15, 1968.

How it started. ➡️ How it went. ➡️ How it's going. #NHLAwards pic.twitter.com/GWeTS62eqn