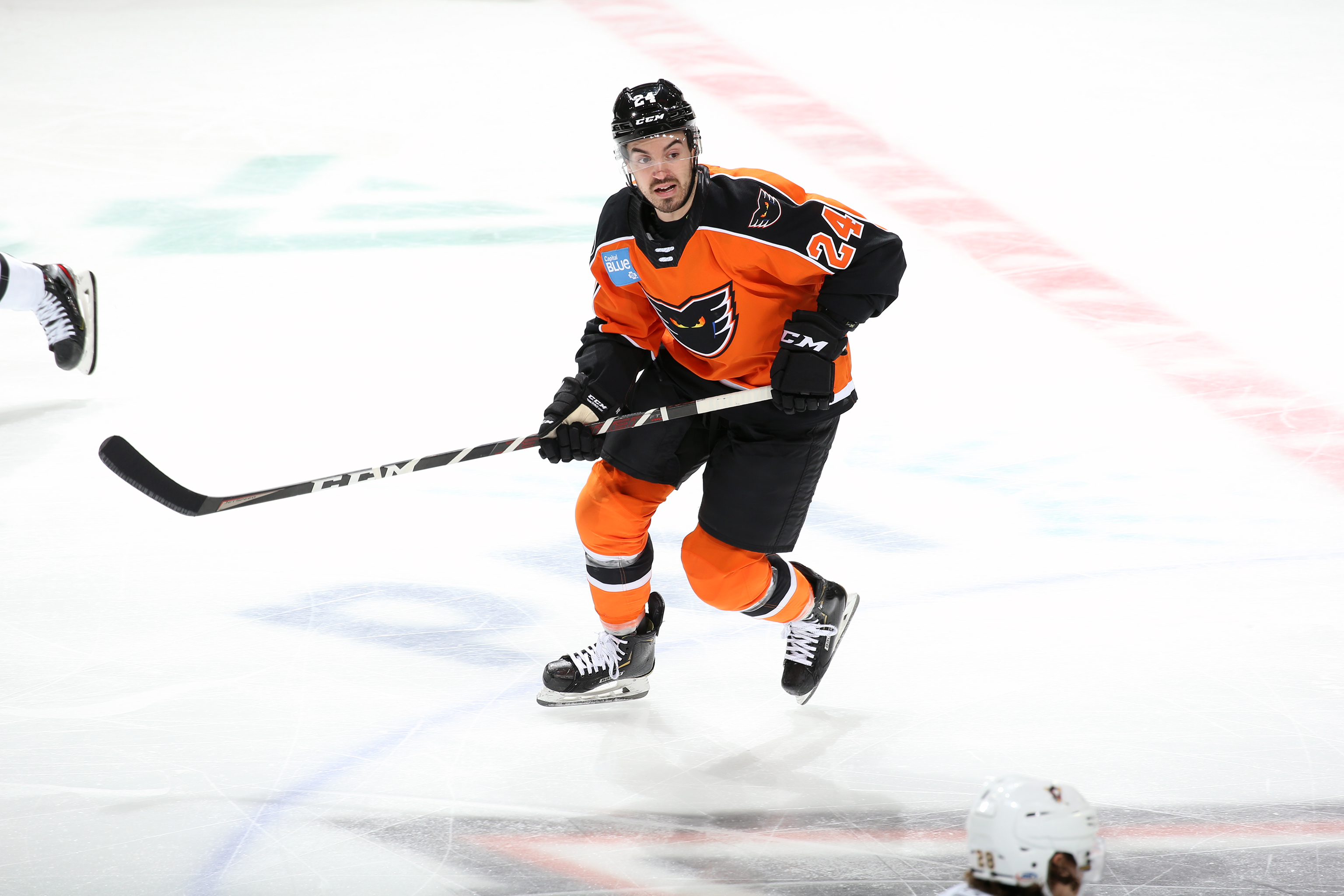 Lehigh Valley, PA – The Lehigh Valley Phantoms have announced that they have added four players on AHL contracts. Forward Ralph Cuddemi returns for his second season with the Phantoms while forward Charlie Gerard, defenseman Ryan MacKinnon and goalie Pat Nagle are welcomed for their first year in the organization. 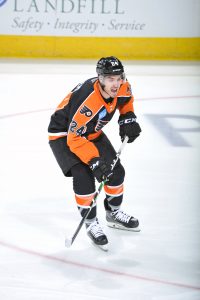 Ralph Cuddemi, 28, played in eight games for the Phantoms last season scoring one goal and one assist in a valuable depth role with the team.

He had earned an AHL contract last season after a standout campaign with Reading in 2019-20 in which he racked up 21 goals and 34 points in just 25 games prior to a PTO with the Laval Rocket for his AHL debut after 237 career ECHL games. The Canisius College product from Concord, Ontario had four straight 20-goal campaigns in the ECHL to begin his pro career including a career-best 33 goals in 2017-18 with Wichita and Fort Wayne. He was the ECHL’s top scorer in 2019-20 with Reading before his December opportunity with Laval where he scored two goals in 11 games. On November 25, 2019 he scored four goals for the Reading Royals against the Newfuondland Growlers.

The 6’1″ tall right-wing with a right-handed shot has scored 105 goals with 100 assists for 205 points in his 237 career ECHL games. He has also played in 19 AHL games scoring three goals with four assists. 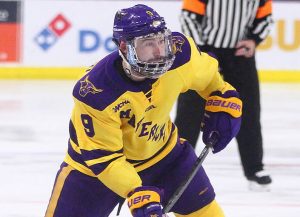 Charlie Gerard, 25, is a 5’9″ righty shooting forward out of Minnesota State. As a professional rookie in 2020-21 with the ECHL Utah Grizzlies he scored 20-14-34 in 49 games while also earning an eight-game opportunity with the AHL Colorado Eagles where he played eight games and scored one goal. The Rocky River, Ohio native was a four-year letter winner at Minnesota State scoring 30-40-70 in 121 games where he played for one of the top teams in the country including a stretch in which the Mavericks were rated the #1 team in NCAA. 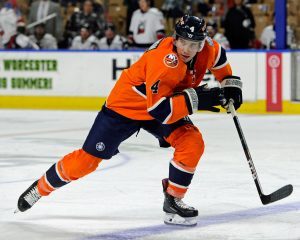 Ryan MacKinnon, 27, is a 6’0″ righty shooting defenseman from Summerside, Prince Edward Island. Last year, with the Bridgeport Sound Tigers, he registered one assist in six games. In 2019-20, MacKinnon played in 47 games with the ECHL Worcester Railers scoring 3-12-15 while also dressing in eight games for Bridgeport.

He has 124 career games in the ECHL, all with Worcester, scoring 11-39-50 while also playing in 17 career games with Bridgeport in the AHL scoring 0-3-3. MacKinnon played three seasons at the University of Prince Edward Island following the conclusion of his Major Juniors career in the QMJHL with the Rimouski Oceanic and Charlottetown Islanders. He was captain for both of his QMJHL teams in 2013-14 and 2014-15. 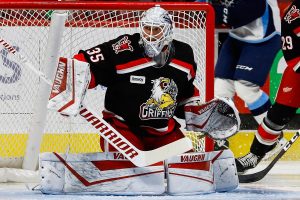 Pat Nagle, 33, has spent the past four seasons in the Detroit Red Wings organization with the AHL Grand Rapids Griffins and ECHL Toledo Walleye. Last year with Grand Rapids, he went 6-6-0 with a 2.78 goals-against average and .892 save percentage.

Nagle has had a standout and accomplished career in the ECHL where his 191 wins rates fifth all-time and his six seasons of 20-plus wins is tied for third in the history of the league. He took Toledo to the Kelly Cup Finals in 2018-19 with 14 postseason wins and he won the Kelly Cup with the Florida Everblades as a rookie in 2011-12 with a league-best 1.42 postseason GAA. In 2017-18, he appeared in the ECHL All-Star Game and was named to the All-ECHL Second Team with a league-leading 37 wins. Nagle’s ECHL travels have included stays with Florida, Idaho, Ft. Wayne and Toledo. 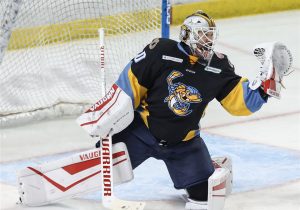 The veteran goalie out of Ferris State and his wife, Monica, have a one-year-old son named Bryson. Nagle is the third Ferris State Bulldogs product to sign with the organization joining Gerry Mayhew and Cooper Zech.