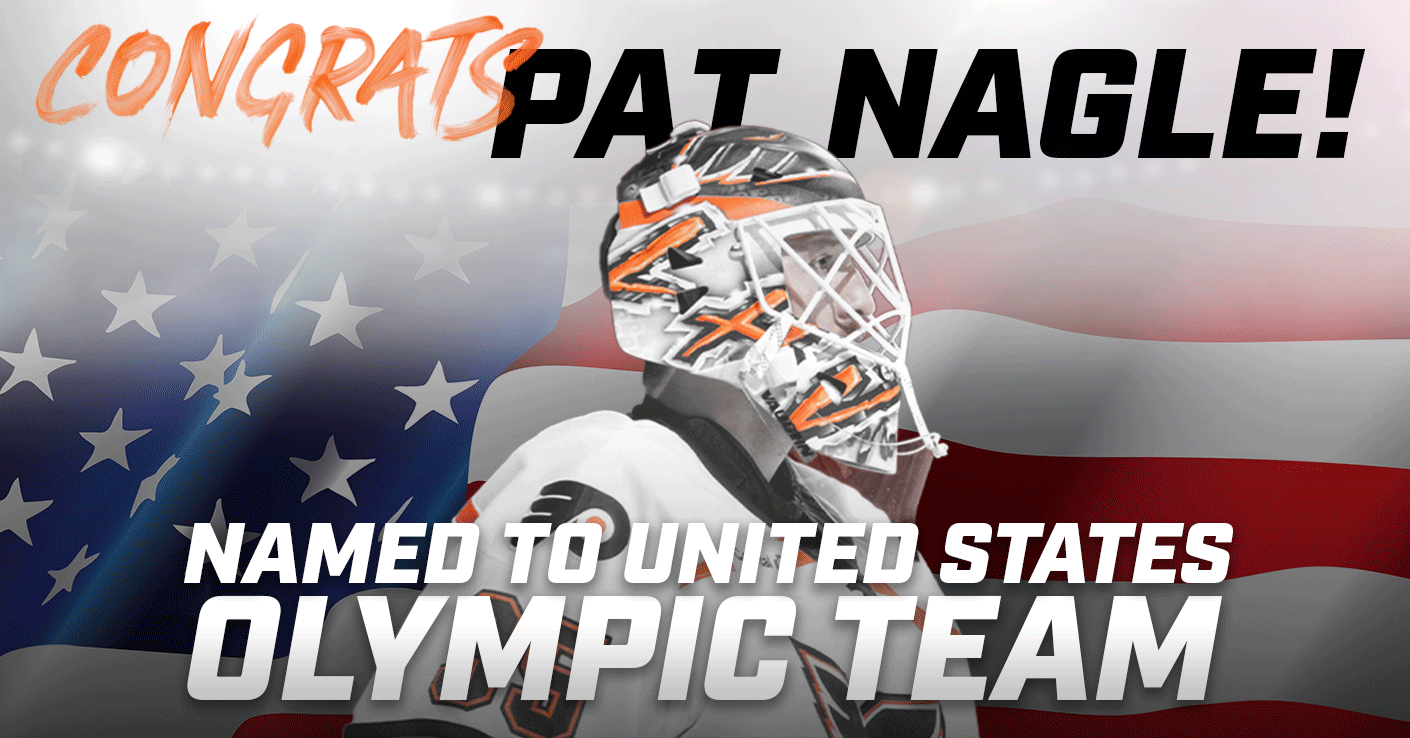 Big Congrats to the Phantoms Goalie on a Huge Honor

Lehigh Valley, PA – Pat Nagle has been named as a member of the United States National Team that will compete at the 2022 Winter Olympics in China in February. The news became official on Thursday evening during the unveiling of the team’s roster on ESPN2.

The 34-year-old goalie from Bloomfield, MI will be leaving the Phantoms at the end of January to depart for China where he will begin training with Team USA.

“It’s something you think about when you’re a younger kid,” Nagle said. “And obviously fortunate with the situation of the NHL players not going this season and the opportunity arose. I was pretty lucky to be picked and I’m very excited for the opportunity.”

Nagle with the Phantoms this season has been undefeated in regulation going 5-0-3 with a 2.74 goals-against average and an .897 save percentage. The Ferris State product is the active-winningest goalie in the ECHL with 198 career victories which includes a 7-2-3 mark with the Reading Royals this season. He rates fifth all-time in ECHL history. But he has never had the opportunity to compete on an international stage.

“My wife and I facetimed my parents and they were awfully excited,” Nagle said of the day he officially learned he had been selected for the team. “It was pretty neat. You almost don’t realize how big it is until you start seeing other people’s reactions. That was pretty special. They’ve been there from Day One.”

Phantoms fans will get to root for Nagle and the American team from afar but Nagle still has a couple more weeks with the Phantoms before his big opportunity in the Olympic spotlight.