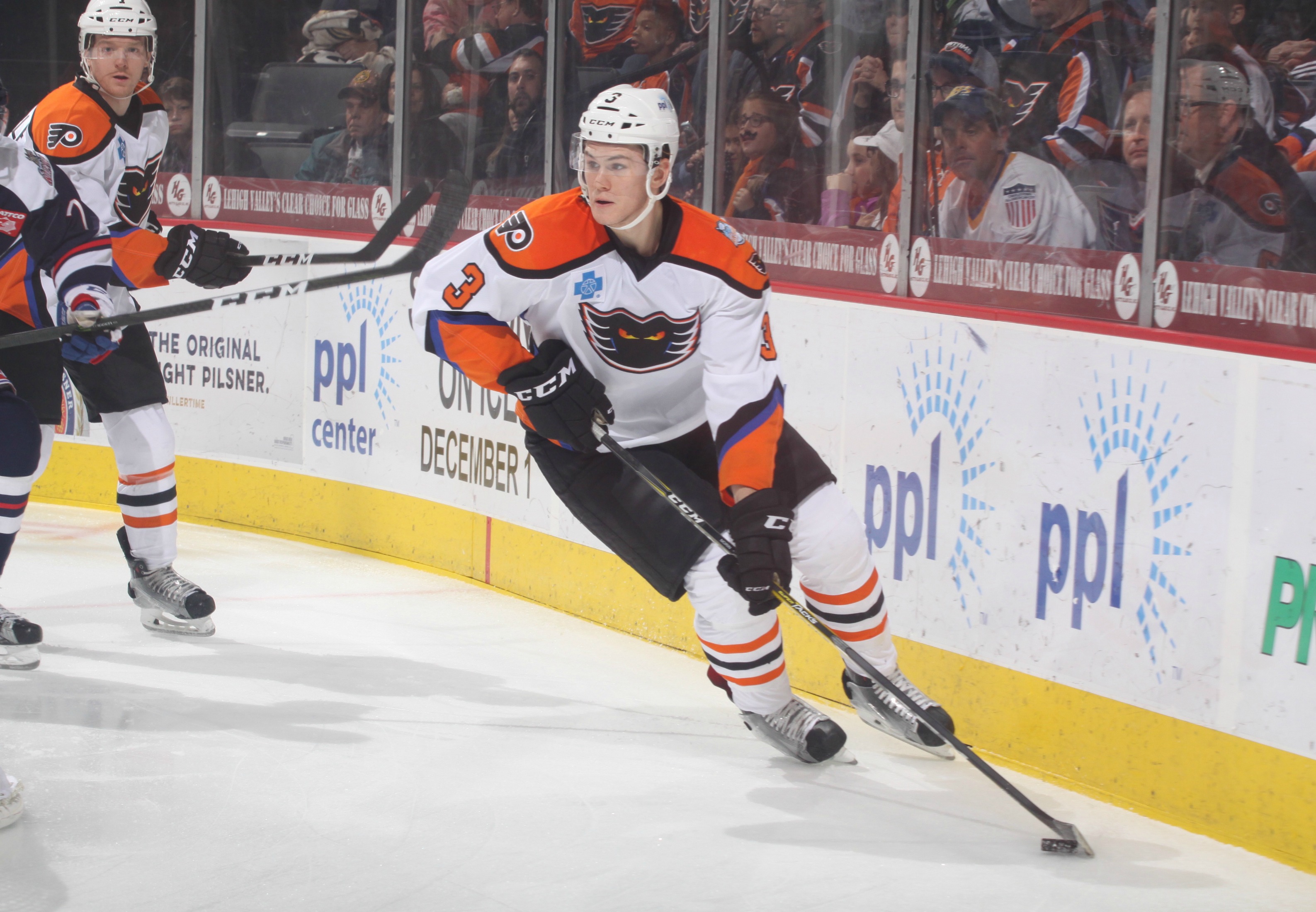 Lehigh Valley, PA – Samuel Morin (1st), a first-round selection (#11 overall) by the Philadelphia Flyers in the 2013 NHL Entry Draft, became the 18th different Lehigh Valley Phantoms skater to score a goal this season on Saturday in a 3-1 decision with the rival Hartford Wolf Pack in front of 7,620 fans at PPL Center. With Morin’s conversion, the Phantoms have now enjoyed goals from 13 forwards and five defensemen this season as Lehigh Valley continues to boast the highest-scoring offense in the AHL’s Eastern Conference (3.61 goals/game). 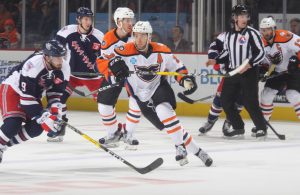 The Phantoms’ setback to Hartford on Saturday was just the club’s second loss over the team’s last 12 games as Lehigh Valley moved to 12-5-1 overall this season. The Phantoms are now 2-1-1 in four head-to-head collisions with the Wolf Pack this year.

Greg Carey and Chris Conner assisted on Morin’s conversion as Carey moved into fourth place among all Lehigh Valley skaters in scoring with 15 points (10 goals, 5 assists) while Conner is now fifth with 13 points (3 goals, 10 assists). 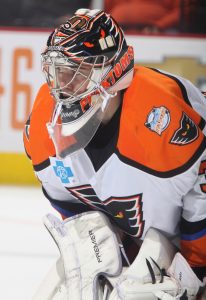 Making his seventh consecutive start in goal, Alex Lyon registered a 22-save performance as he moved to 6-3-1 overall this season.

Nicklas Jensen (7th), Matt Carey (5th) and Chris Brown (5th) accounted for Hartford’s offense while goaltender Magnus Hellberg garnered his fifth victory of the season with an impressive 31-save performance.

Hartford opened the scoring early as the Wolf Pack connected less than a minute into the rivalry showdown when Jensen came storming down the right wing before eluding a poke check from Lyon en route to converting his seventh goal of the season. Justin Fontaine and Cristoval Nieves assisted on the even-strength strike netted 44 seconds into the tilt. Hartford’s game-opening salvo marked just the seventh time in 18 games this season in which Lehigh Valley has allowed the game’s first goal.

The Wolf Pack doubled their advantage less than seven minutes later when a point shot by Ryan Graves produced a rebound at the side of the Phantoms goal crease that was promptly corralled by Carey and tossed into the Lehigh Valley goal. Fontaine garnered the secondary assist on the five-on-five conversion tallied 7:36 into the opening frame. 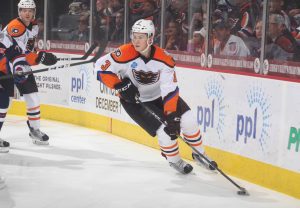 Hartford then jumped out to a 3-0 advantage a little over six minutes into the second period when, while on the power play, Mat Bodie’s drive from the high slot was expertly redirected by Brown for his fifth goal of the season. Graves registered the second assist on the man-advantage marker scored 6:22 into the middle stanza.

Despite the Wolf Pack’s edge on the score sheet, it was the Phantoms who largely dictated the play in the second stanza territorially dominating Hartford for large stretches of the frame. And Lehigh Valley was rewarded for its relentless efforts with just over three minutes remaining in the period when a drop pass from Carey found a streaking Morin on the left wing who promptly blasted home his first goal of the season. Conner collected the secondary assist on the five-on-five tally netted 16:50 into the middle stanza.

The Phantoms continued to push throughout the final frame in regulation but Hellberg and Hartford’s defense held strong in preserving the Wolf Pack’s first regulation victory since Opening Night (October 14).

The Phantoms are back in action this Tuesday, November 29 when the team travels to the Ricoh Coliseum in Toronto for its final meeting of the year with the Marlies.

Lehigh Valley is then back at PPL Center on Friday, December 2 for Youth Sports Night when the rival Hershey Bears invade downtown Allentown. A limited number of tickets remain for Friday’s rivalry showdown and can be purchased online HERE.