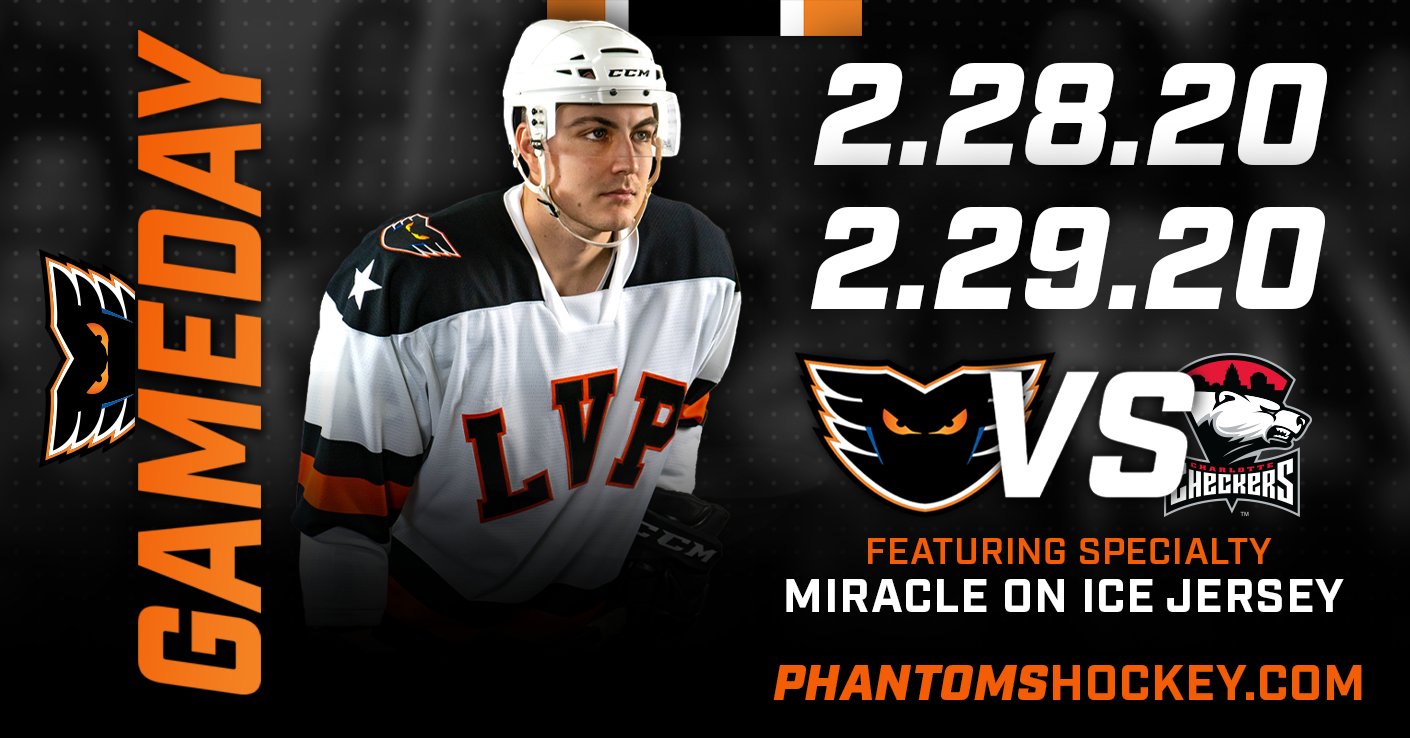 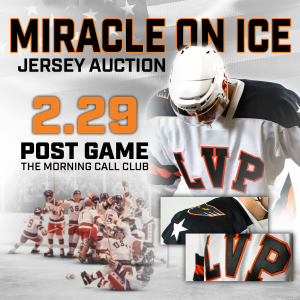 The Lehigh Valley Phantoms will host the Charlotte Checkers for two games this weekend inside of PPL Center on Friday, February 28, and Saturday, February 29, with both games beginning at 7:05 p.m.  Both games will help to celebrate the 40th anniversary of the Miracle on Ice when the U.S. Men’s Ice Hockey team defeated the Soviets during the 1980 Winter Olympics in Lake Placid, New York.

On Friday, the Phantoms will wear special tribute jerseys as a nod to the 1980 Olympic jerseys worn by Team USA.  Additionally, fans in attendance can win a Miracle on Ice Prize Pack valued at over $500 that includes a hotel stay, tickets to visit Olympic sites in Lake Placid, an autographed Mike Eruzione Team USA 1980 jersey and more!

Saturday night’s game will include a special puck drop by Craig Patrick, the assistant coach of the 1980 gold medal U.S. Olympic team, and fans can stick around after the game for a postgame jersey auction with players for a chance to take home one of Lehigh Valley’s special 1980-Olympic-themed sweaters. 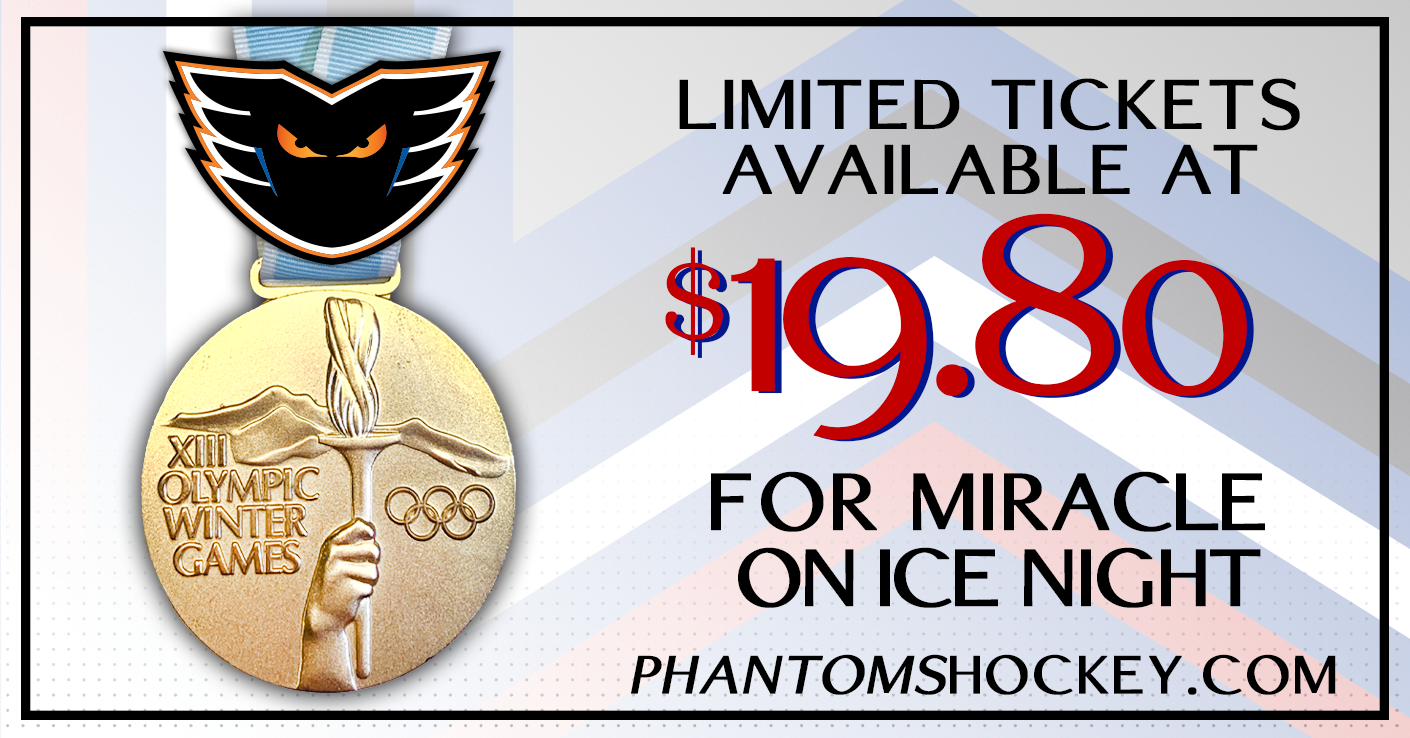