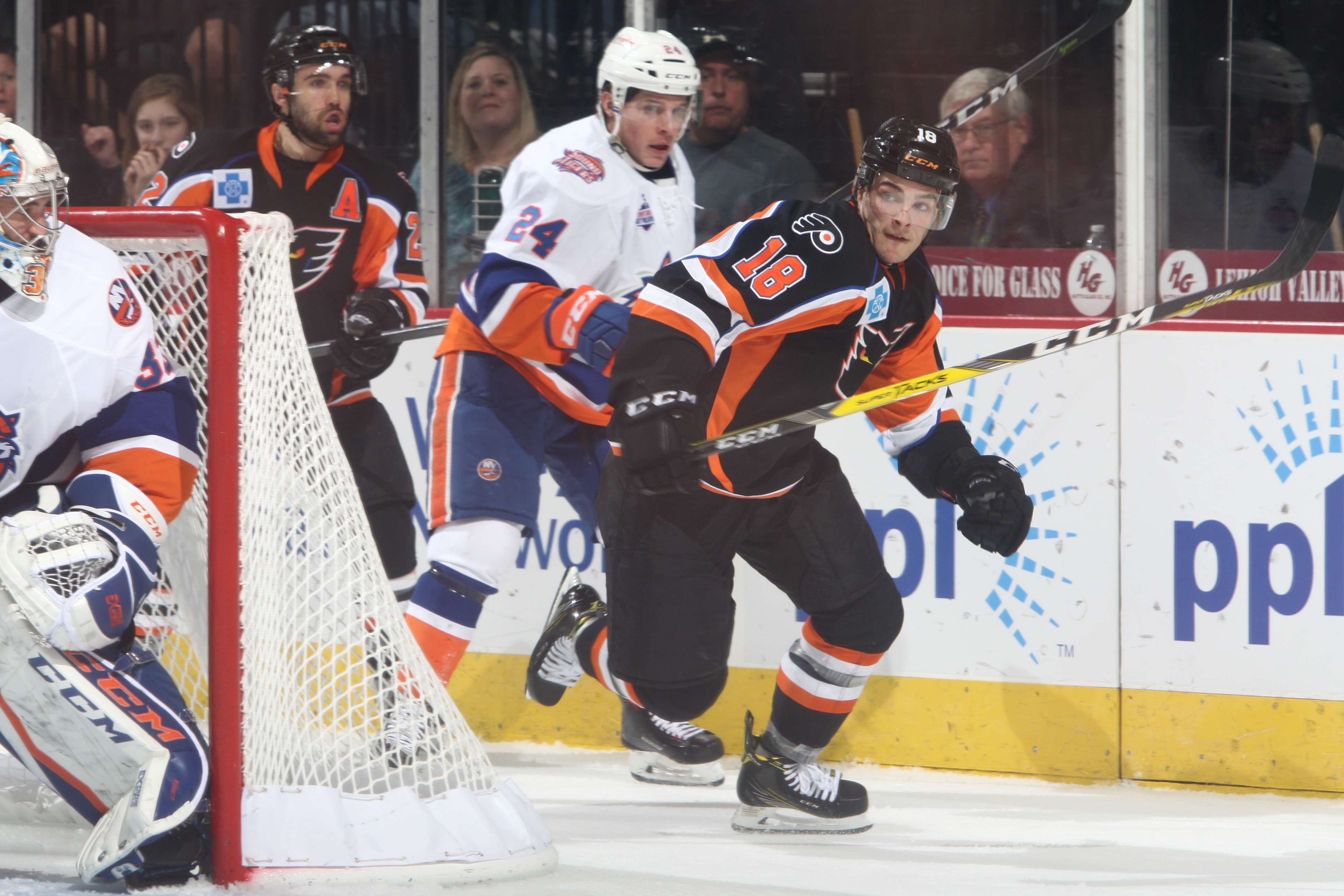 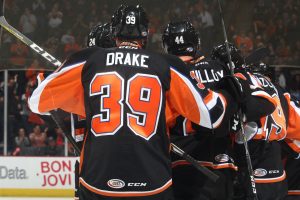 With the win, the Atlantic Division Champion Phantoms improved to 46-19-5-5 overall this season as Lehigh Valley now boasts the second-highest standings point total (102) in the American Hockey League. With Friday’s triumph, the Phantoms have posted their highest point total since the Philadelphia Phantoms ended the 2004-05 campaign with 103 standings points before capturing the 2005 Calder Cup Championship. 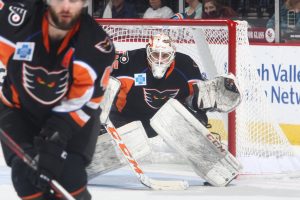 Reece Willcox (3rd) and Mike Vecchione (17th) rounded out the scoring for the Phantoms in front of goaltender Dustin Tokarski who improved to 20-8-7 overall this season after turning aside 29 of Bridgeport’s 31 total shots. Willcox’s goal was part of an impressive three-point night as the 24-year-old blueliner notched a goal and two assists in the victory while Vecchione’s conversion was part of a two-point evening (goal, assist).

Friday’s game marked the ninth multi-point effort and fifth multi-goal game this season for Martel who has now matched his career high for points in a single season (40). Meanwhile, Ratcliffe, a second-round selection (#35 overall) by the Philadelphia Flyers in the 2017 NHL Entry Draft, found the back of the net in his first professional game after joining the Phantoms following a 41-goal and 68-point campaign with the Guelph Storm of the Ontario Hockey League (OHL).

Friday’s game also marked the professional debut for 20-year-old forward Pascal Laberge. A second-round selection (#36 overall) by the Flyers in the 2016 NHL Entry Draft, Laberge is coming off an impressive four-year career in the Quebec Major Junior Hockey League (QMJHL) where he compiled 62 goals, 116 assists and 178 points across 224 total games. 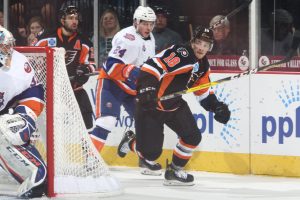 Friday’s game was skated in front of a raucous crowd of 8,425 rabid supporters marking the 15th standing room-only sellout produced by Phantoms fans this season and the 77th regular season capacity crowd enjoyed at PPL Center since its opening in October 2014.

Bridgeport opened the scoring just over two minutes into the contest when, while on the power play, Tanner Fritz’s redirection of a point shot by Sebastian Aho produced a loose puck atop the Phantoms goal crease that was converted by Steve Bernier for his 21st goal of the season. Fritz and Aho assisted on the man-advantage marker notched 2:22 into the first frame as the Sound Tigers claimed the opening goal for the fifth time in the eight-game season series.

The Phantoms evened the contest a little better than 13 minutes into the opening period when a booming slap shot from the right point by Willcox slipped inside the left post for his third goal of the year. David Drake and Radel Fazleev assisted on the even-strength strike that leveled the tilt 13:02 into the first frame.

Lehigh Valley then grabbed its first lead of the night just past the midway point of the middle period when Willcox’s wrist shot from the high slot was expertly redirected atop the Bridgeport goal crease by Ratcliffe for his first professional marker. Willcox and Vecchione grabbed assists on the go-ahead conversion netted 12:27 into the second stanza. 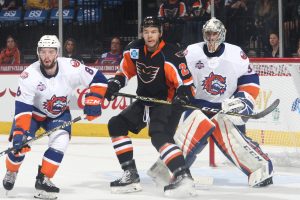 The Phantoms doubled their advantage with just under five minutes left in the second period when, while on the power play, Martel wrapped a loose puck from behind the net into the Sound Tigers’ cage for his 24th goal of the season. Nic Aube-Kubel and Chris Conner assisted on the man-advantage marker tallied 15:03 into the middle stanza.

Lehigh Valley then swelled its lead to a 4-1 advantage exactly at the midpoint of the third period when a brilliant pass in the slot by Mark Friedman connected with Martel atop the goal crease who deftly converted his second goal of the game and 25th tally this year. Cole Bardreau collected the secondary helper on the five-on-five conversion scored 10:00 into the final frame of regulation.

The Sound Tigers sliced into Lehigh Valley’s lead when Casey Bailey converted his 17th goal of the season 17:55 into the third period but the Phantoms quickly bounced back and landed the game’s final strike when Vecchione scored into an empty Bridgeport net at 19:05 of the final frame.

Bound for the 2018 Calder Cup Playoffs as Atlantic Division Champions, the Phantoms cap the 2017-18 regular season on Saturday, April 14 when the Phantoms have their final tuneup before the 2018 Calder Cup Playoffs as they host the rival Wilkes-Barre/Scranton Penguins in a 7:05 p.m. showdown at PPL Center. A limited number of tickets remain for Saturday’s game and are available HERE.