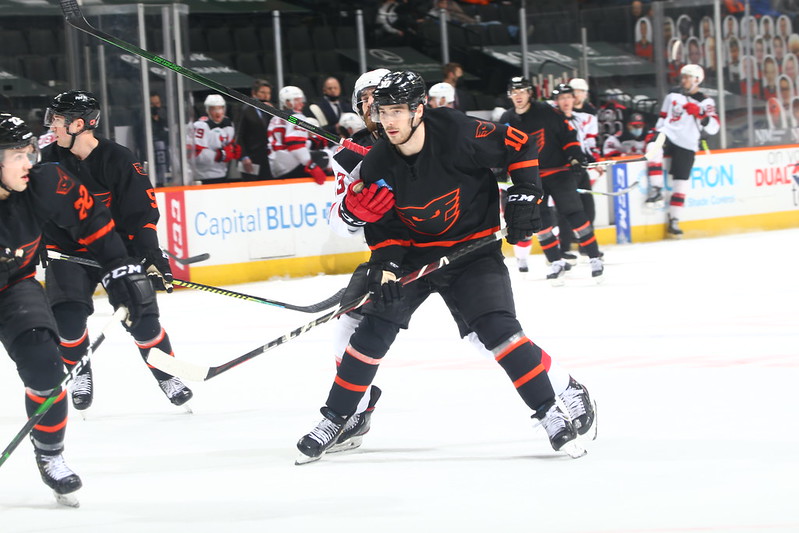 Lehigh Valley, PA – The Philadelphia Flyers have announced that center Tanner Laczynski has been activated from injured reserve and loaned to the Lehigh Valley Phantoms. Additionally, right wing Maksim Sushko has been returned to the Phantoms from Philadelphia.

Laczynski, 24, has been recovering from right hip surgery which he underwent in September during Flyers’ Training Camp. The 6’1″ center from Minooka, Ill. scored six goals with four assists in his 14 games with the Phantoms last season while also making his NHL debut as part of a five-game stint with the Flyers in April. He is eligible to make his season debut this weekend. 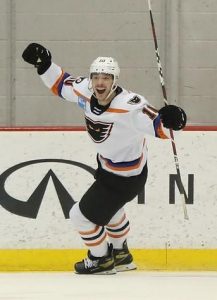 Laczynski had an interruption at the beginning of last season due to an injury in the first game of the year but once he foulnd his stride he took off. The former Ohio State standout had two goals on March 21, 2021 includuing a tying goal in the third period and then the overtime winner against the Wilkes-Barre/Scranton Penguins. Five days later, he had a hat trick at the Binghamton Devils which he capped via a spectacular between legs flick on a shorthanded breakaway for a third-period game-winner.

Sushko, 23, made his Flyers’ season debut in Thursday’s game against the Washington Capitals. Last year, he played in two games with the Flyers becoming just the eighth all-time Belarus-born player in the NHL. Sushko has scored six goals with four assists in 37 games with the Phantoms this season after limited action last year of only nine games due to a knee injury. Sushko has scored 17-14-31 in 98 career games with Lehigh Valley over parts of three seasons.

The Phantoms return to PPL Center Saturday at 7:05 p.m. against the Utica Comets (New Jersey) and then host the Springfield Thunderbirds (St. Louis) on Sunday at 3:05 p.m.