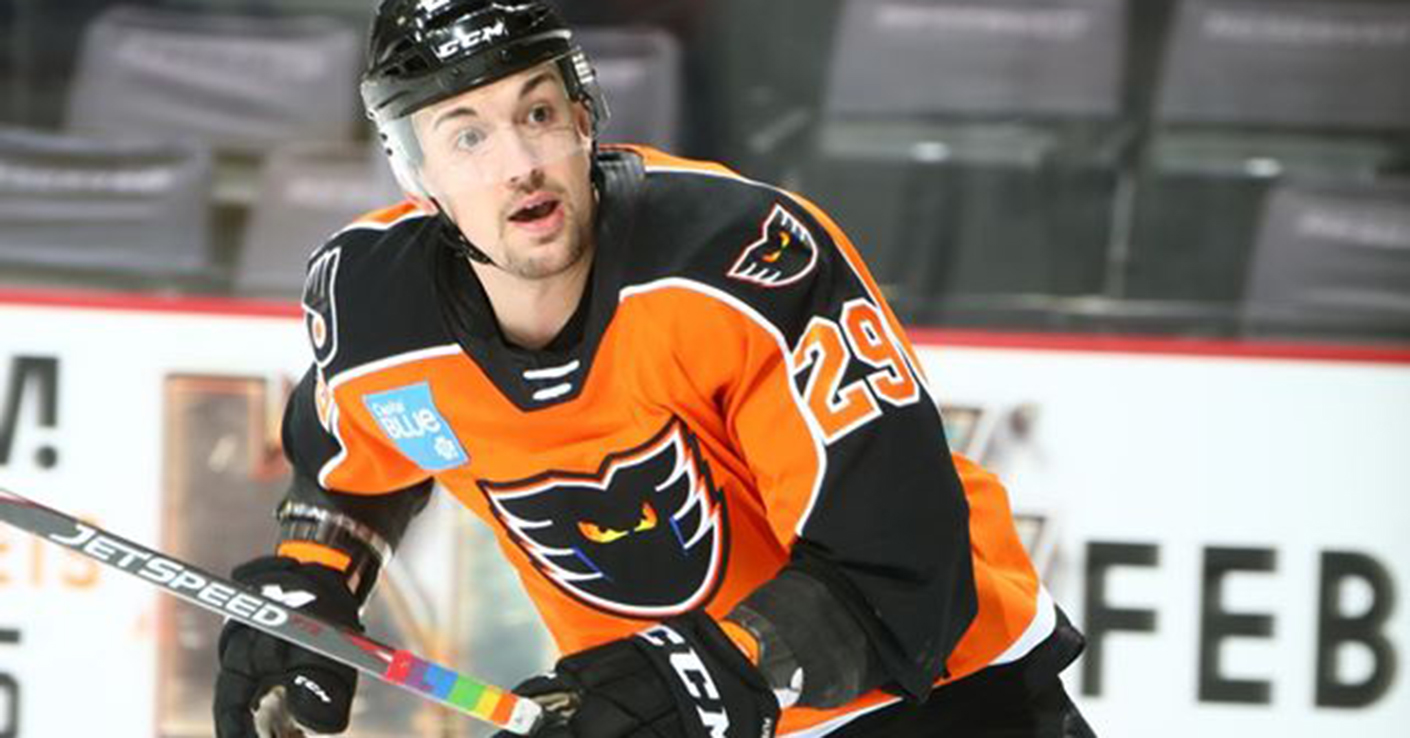 When the Lehigh Valley Phantoms host their annual You Can Play Night this Friday, February 14 against the Bridgeport Sound Tigers, the Phantoms players will take the ice with rainbow tape on their sticks. For forward Kurtis Gabriel, this gesture will be no different than the one he has made every single game for almost a year. 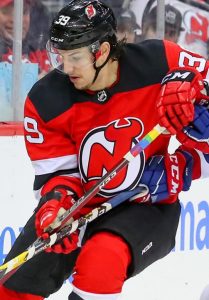 What started as a small decision, has turned into an incredibly important gesture to a lot of people. On February 25, 2019 the New Jersey Devils hosted their Pride Night against the Montreal Canadiens. The Devils players all taped their sticks with rainbow tape for warmups and as they cut the tape off to get ready for the game, Kurtis Gabriel, who had put the tape at the top of his stick instead of the blade, decided to keep the tape on during the entire game.

“After warmups guys were taking the tape off and I already had the regular tape on my stick so I didn’t see the need to take the pride tape off so I just decided to keep it on,” Gabriel said. “Kind of just a small decision I made and I hoped that people would see it and like it. The people in the community ended up really liking it and then I scored, which obviously made it better, and we won the game and it was televised in Canada as well.”

Gabriel became the first player to use the Pride Tape in an NHL game and is still the only player in pro hockey to use it every game. Over the last year, Gabriel has received countless messages from members of the LGBTQ Community thanking him for his support and sharing some of the struggles they have faced. 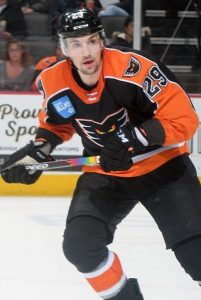 “I’m a white male who plays professional sports. I think I live a pretty sheltered life so I probably don’t see a lot of these things and the negative side of things that are happening,” Gabriel said. ”Once I had friends that are in the community and learned what they go through with their families and not being accepted and being mistreated and hearing more stories about that, it’s obviously something that really bothers people. I would want to come to the rink and feel like my sexuality was not in question so I feel like it’s just the right thing to do.”

The 6-foot-3 forward is known for playing a tougher role, and currently leads Lehigh Valley with 70 penalty minutes and six fighting majors this season. Despite being involved in the physical side of hockey and right in the middle of many altercations and exchanges, Gabriel says he has never had a player mention the Pride Tape in a negative way or question his support of the LGBTQ Community. “No, not once,” Gabriel said. “First of all I think hockey is a very inclusive community, probably more than other sports. But also I think guys know if they did say anything they’d be roasted for it, by me specifically too. Mostly I think guys are willing to accept anyone. If you can play, you can play. Some of them don’t think I can play, but they respect me for using my platform.” 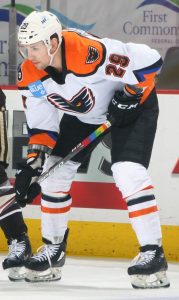 There has never been an openly gay player in the NHL or AHL but if a teammate ever came out to Gabriel, he would welcome him with open arms. “If they just came out to me, I’d probably be like I’m proud of you and I’m there for you,” Gabriel said. “I would just support them, I don’t know how it would change anything.”

The 26-year-old from Newmarket, Ontario has gotten really close with Jeff McLean and Dean Petruk, the co-founders of Pride Tape who make sure he is well stocked for the entire season. He says that keeping this going and continuing to raise awareness and show support is a no-brainer and as long as he has the Pride Tape, he will continue to use it on his stick. Something that was such a small decision, to leave the tape on his stick, has turned into so much more for people who don’t always feel welcomed in a sport that they love. Gabriel just wants to do whatever he can to help fix that and show constant support for the LGBTQ community’s quest for inclusion and acceptance.

“So basically it happened organically and I didn’t really think too much of it,” Gabriel said. “And it ended up making a lot of people feel really included in the game and that’s a great thing.”

You can join the Phantoms for You Can Play Night on Friday, February 14 and help support the Bradbury-Sullivan LGBT Community Center by clicking HERE.