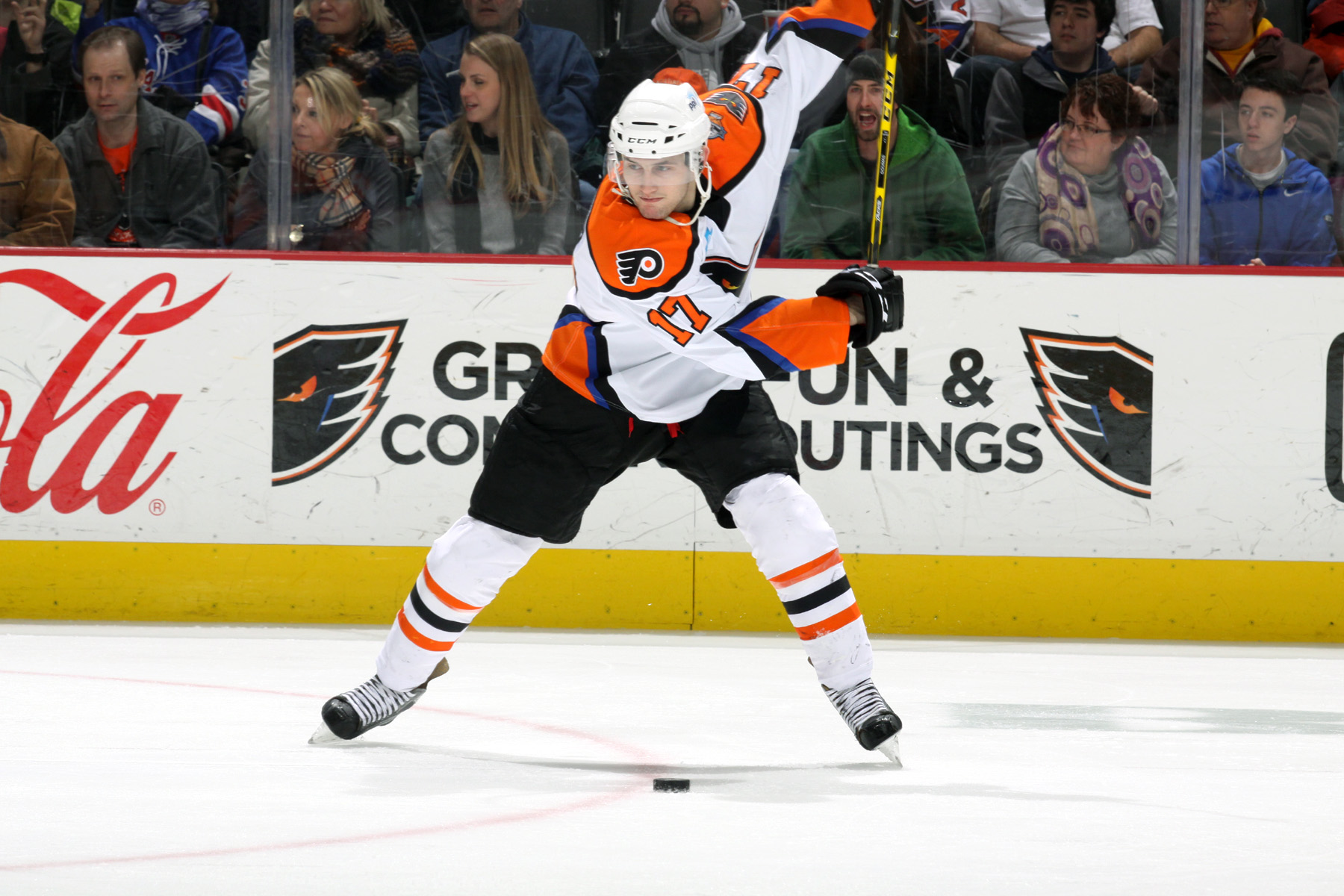 Lehigh Valley, PA – The Lehigh Valley Phantoms, proud AHL affiliate of the Philadelphia Flyers, are pleased to announce that forward Kevin Goumas has signed a one-year AHL contract for the upcoming 2015-2016 season. A 5’10”, 160-pound forward from Long Beach, New York, Goumas spent the majority of last season with Lehigh Valley where he compiled six goals, 11 assists, 17 points and 23 penalty minutes in 63 games in his first full professional campaign. 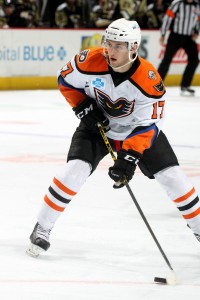 A spark plug forward who was one of the speediest players on the rosters a season ago, Goumas tallied his first professional multi-point game with a goal and an assist on January 23 in Syracuse and followed that up with another two-point performance as part of a thrilling 4-3 triumph over the St. John’s IceCaps at PPL Center. For his efforts, he was named PNC First Star that evening.

And Goumas’ contributions go far beyond the frozen surface. The 23-year-old forward was part of the team’s holiday shopping trip last season to purchase gifts for the children at Lehigh Valley Hospital. He also made a special trip to Cleveland Elementary to read to a group of first and second-grade students and helped mentor the next crop of potential Phantoms by attending Lehigh Valley Phantoms Youth Hockey practices.

Goumas first joined the Phantoms in March 2014 following the completion of a four-year career at the University of New Hampshire. He made his professional debut on March 28, 2014 at the Syracuse Crunch and netted his first professional goal just 24 hours later versus the Springfield Falcons.