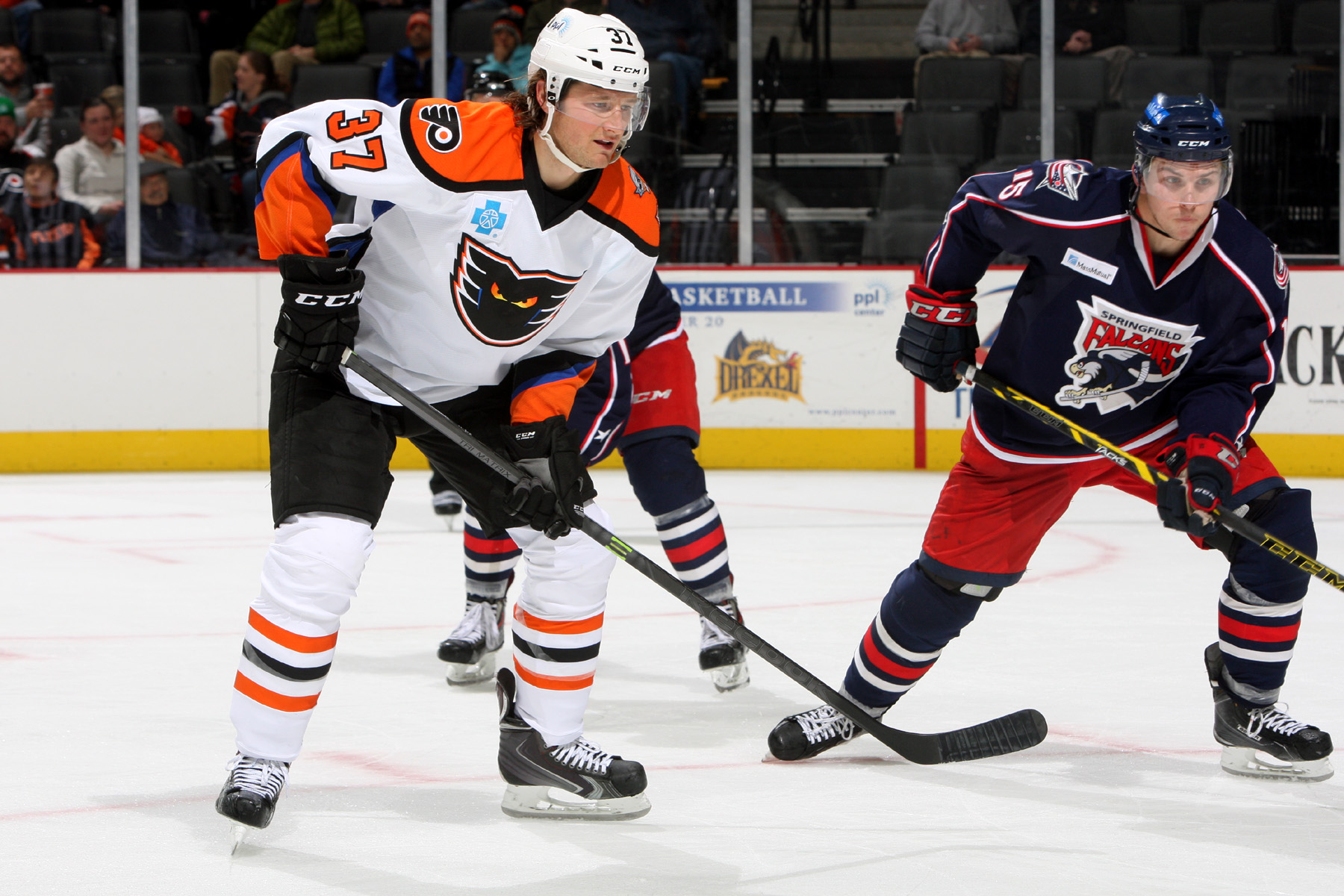 Lehigh Valley, PA – The Lehigh Valley Phantoms, proud AHL affiliate of the Philadelphia Flyers, are pleased to announce that forward Jay Rosehill has signed an AHL contract with the Flyers organization for the 2015-2016 season. 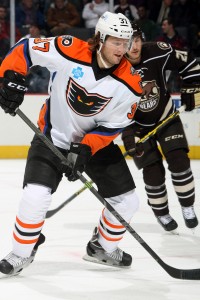 A 30-year-old forward from Olds, Alberta, Rosehill spent last season with the Phantoms where he registered five goals, seven assists and 12 points to go along with a team-leading 219 penalty minutes in 65 games. Last year marked the third time in his professional career that Rosehill has paced his team in penalty minutes after doing so in back-to-back campaigns with the Norfolk Admirals (194, 2007-08; 221, 2008-09).

At 6’3″, 215 pounds, he was a tenacious power forward for Lehigh Valley a season ago accounting for seven of the team’s 91 total fights.

A seventh-round selection (227th overall) by the Tampa Bay Lightning in the 2003 NHL Entry Draft, Rosehill made his NHL debut with the Lightning on October 1, 2009 and netted his first career NHL goal just nine days later.