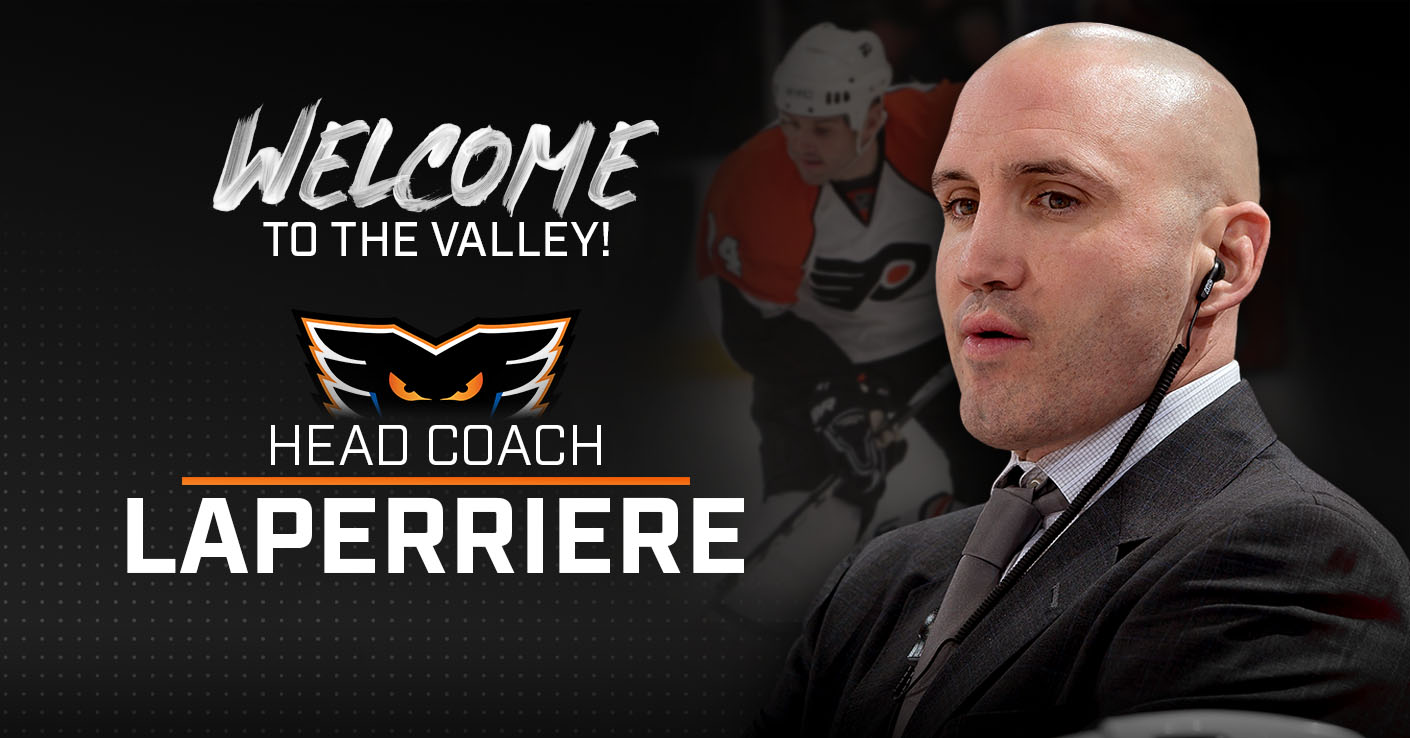 “We’re very happy to have Ian serve as the next head coach of the Phantoms,” said Chuck Fletcher, Philadelphia Flyers President of Hockey Operations and General Manager. “He has been an extremely dedicated individual to the Flyers organization and has shown a strong work ethic as a player, development coach and an assistant over the last 12 years for us. We are excited to have him at the forefront of developing our prospects, preparing them to reach the NHL and bringing success to Lehigh Valley.”

“I’m very excited for this next challenge in my career and I would like to thank Chuck Fletcher, Brent Flahr and Barry Hanrahan, as well as Jim and Rob Brooks for this opportunity,” said Laperriere. “The Phantoms are a first-class organization in the AHL and the fan base in Lehigh Valley are the very best at showing their support at every game. I look forward to developing the players in our system, helping the Flyers reach their goals by continuing the success of the Phantoms and building towards winning a Calder Cup Championship.”

Most of his time as a player in the NHL was with the Los Angeles Kings and Colorado Avalanche following shorter stints with the St. Louis Blues and New York Rangers. He culminated his playing career in 2009-10 with the Philadelphia Flyers appearing in all 82 games of the regular season and also 13 playoff games as the Flyers advanced to the Stanley Cup Final.

“Lappy” then missed two seasons as a player due to the aftereffects of injuries suffered in the first round of the 2010 playoffs when a shot hit him in the face in a game against the New Jersey Devils. He remained active within the organization mentoring the club’s prospects while also dabbling in television analysis. Following the 2010-11 season, even though he did not play in a single game all season, Laperriere won the Bill Masterton Trophy for his perseverance, sportsmanship, and dedication to hockey. He had also been named by The Hockey News as the toughest player in the NHL (John Ferguson Award) for the 2009-10 season.

“Rob and I are thrilled to welcome Ian Laperriere as our new head coach,” Phantoms owner Jim Brooks said. “Lappy is the ultimate team player. He has extensive experience with the organization as a player and coach, and brings a positive enthusiasm that we believe will propel our players to higher standards on and off the ice in their development and quest to win the AHL’s Calder Cup. Ian carries a strong commitment to the community and we look forward to having him represent the Phantoms/Flyers organization and Lehigh Valley community as a leader.”

Laperriere, 47, hails from Montreal and was a round 7 selection of the St. Louis Blues in the 1992 NHL Entry Draft. He played in parts of three different seasons in the AHL from 1993-96 with the Peoria Rivermen and Worcester IceCats.