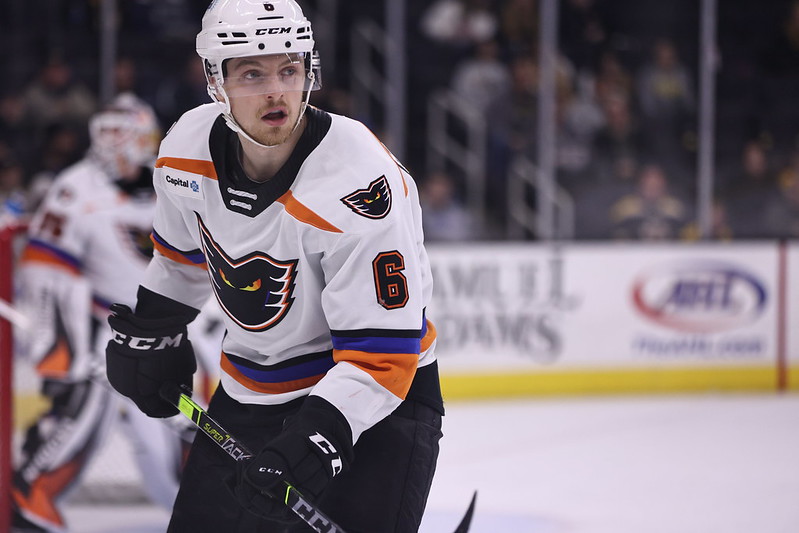 Can Make NHL Debut on Thursday at Montreal

Högberg, 23, can potentially become the sixth Phantoms’ player this season to make an NHL debut when the Philadelphia Flyers play at the Montreal Canadiens on Thursday night. He would join Max Willman, Linus Sandin, Felix Sandstrom, Isaac Ratcliffe and Hayden Hodgson in that group.

The Stockholm, Sweden native has played in 57 games with Lehigh Valley this season registering seven assists. He is a second-year pro who has played in 83 career games for the Phantoms scoring two goals with 13 assists for 15 points. Högberg has previously appeared on the Flyers Taxi Squad roster last year but this is his first recall to the actual NHL roster.

Högberg is a left-handed shooting defenseman who is 6’1″ and 180 pounds. He was a Round 5 selection of the Philadelphia Flyers in 2016 from the Vaxjo Junior Lakers and Vaxjo HC of the Swedish Hockey League.