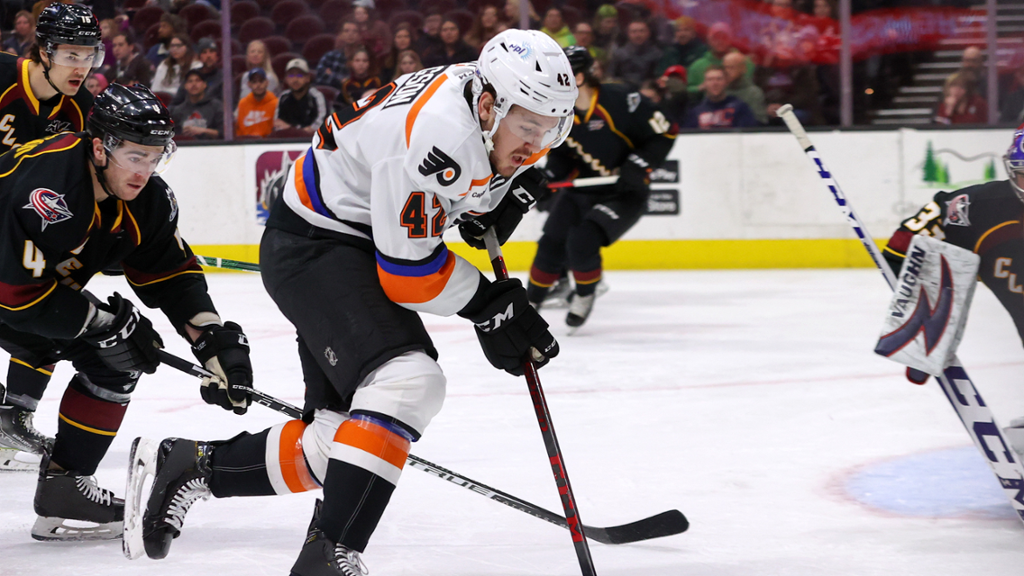 From Tryout to NHL Deal. 18 Goals is Tied for Team Lead

Lehigh Valley, PA – The Philadelphia Flyers have announced they have signed right wing Hayden Hodgson to an NHL contract for the remainder of the 2021-22 season according to Flyers’ President of Hockey Operations and General Manager, Chuck Fletcher. Hodgson was previously on an AHL contract with the Phantoms. Hodgson has been assigned back to the Phantoms by the Flyers. 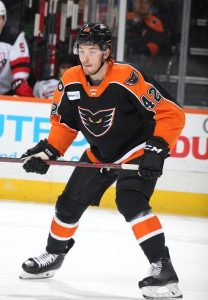 The Lehigh Valley Phantoms continue their road-trip with a Wednesday clash at Hershey followed by a weekend excrsion north of the border including a Friday game at Laval, Quebec and a Saturday matchup at Belleville, Ontario.