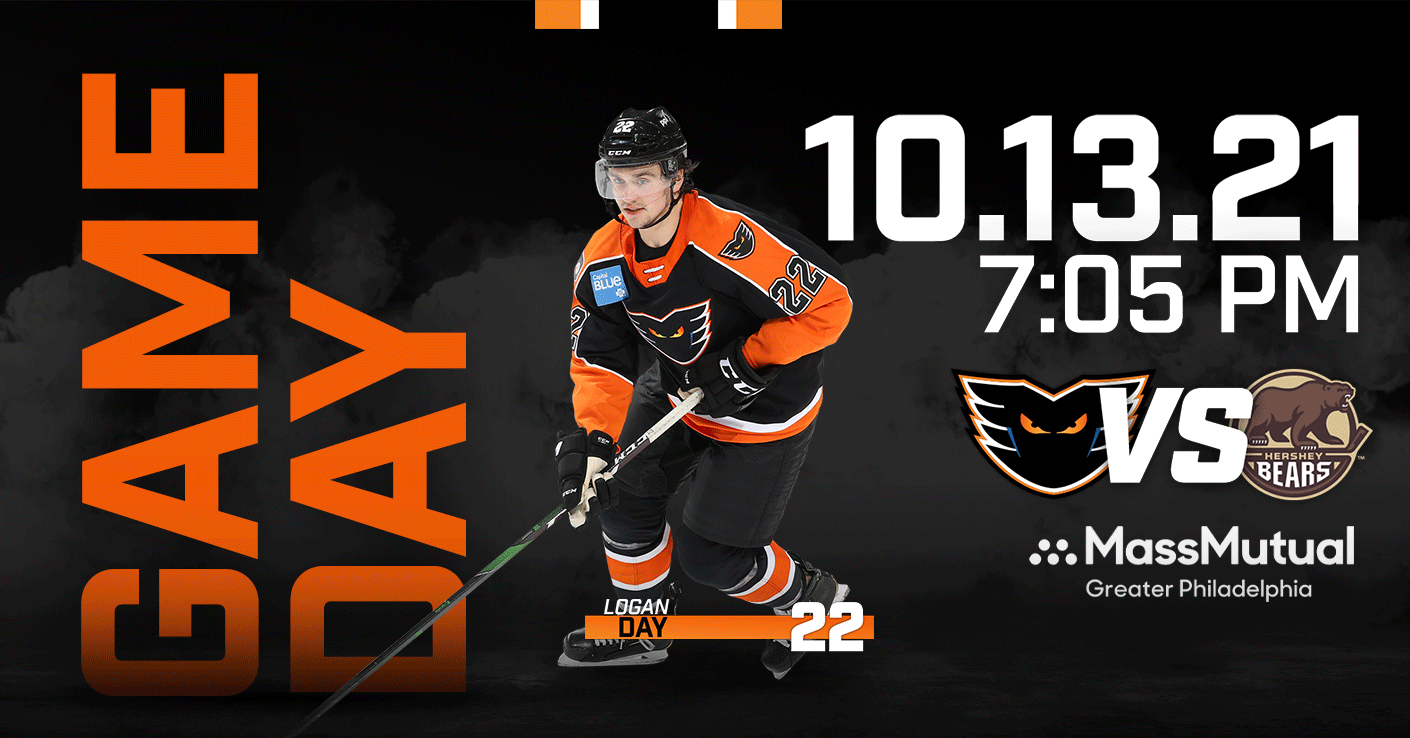 The Lehigh Valley Phantoms host their final game of the preseason tonight when they take on the Hershey Bears at PPL Center. The Bears took the first game of this home-and-home set 3-2 on Sunday in ChocolateTown. Wyatte Wylie and Linus Sandin scored for the Phantoms.

After tonight, the Phantoms franchise will open its 25th Anniversary season on Saturday night at 6:05 p.m. on the road at the Wilkes-Barre/Scranton Penguins.

Opening Weekend at PPL Center is October 23-24 when the Phantoms host the Hartford Wolf Pack and Wilkes-Barre/Scranton Penguins back-to-back.

The Phantoms training camp roster stands at 26 players. A PDF of the current roster is available here:
Oct13 Roster Revised

Tonight’s preseason game is televised on Service Electric Network with Steve Degler, Steven Swavely and Kristi Fulkerson.
Radio coverage of the game with Bob Rotruck is available on 1470-WSAN and the Phantoms 365 app and on the Phantoms Radio Player at the Listen Live button on the team’s website. Listen on your Alexas or Smart Speaker system at “Phantoms Radio 24/7”.