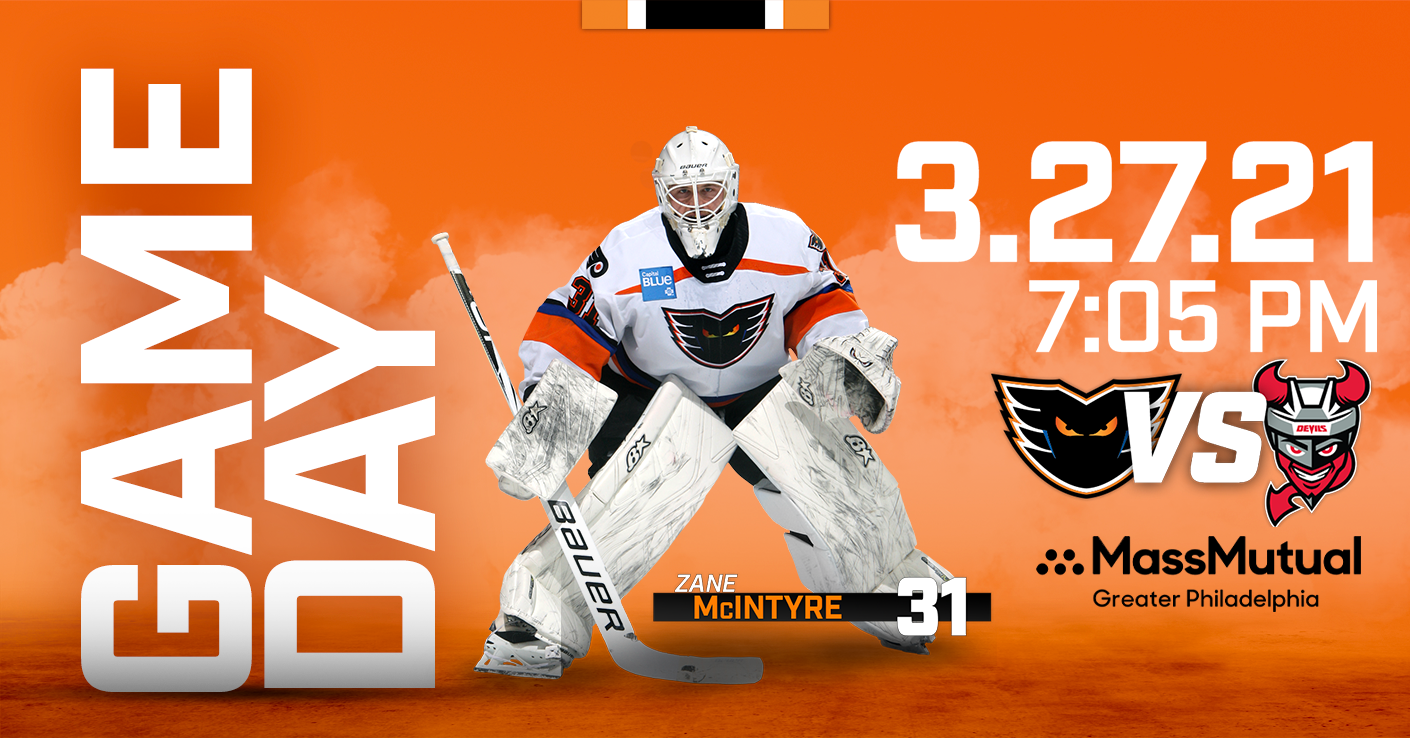 Tonight’s Game – The Lehigh Valley Phantoms host the Binghamton Devils in the first of a three-game homestand at PPL Center. This begins the longest stretch of consecutive home games for the Phantoms so far this season. Tonight is the back-end of a home-and-home series and is a rematch of yesterday’s 3-2 Phantoms win in Newark against the Devils on Friday night. Tonight is the 14th game of the season overall and the sixth home game of the year for Lehigh Valley. The Phantoms are 3-0-1 vs. Binghamton and are 3-1-1 at home.

Last Time Out – Tanner Laczynski outrageously pulled the puck back between his legs on a third-period shorthanded breakaway to complete a hat trick with the winning goal at the Binghamton Devils in a 3-2 win in Newark on Friday night. Laczynski’s shorthanded move not only earns him “Goal of the Year” consideration but also completed the Phantoms first hat trick in almost exactly two years. Laczynski also scored at even strength in the second and had a power play goal 1:30 into the third period that tied the game. Logan Day had a pair of assists and Alex Lyon had a terrific 33-save performance in his first win in over a year. Lyon denied former teammate Danick Martel on a shorthanded breakaway with 5:00 left that would have tied the game. The top penalty kill in the AHL held the Devils to 0-for-6 which included a five-minute major in the third, when Laczynski scored his shorthanded go-ahead goal, and a 6-on-4 opportunity at the end of the period.

Hats Off for Tann the Man! – Laczynski has five goals in the past week including a two-goal game against the Penguins last Sunday in which he tied the game at 4-4 in the third period with his first pro goal. The rookie center from Ohio State went on to score the winner in overtime. But that was just the appetizer for Laczynski’s sensational move between the legs on the shorthanded to complete a hat trick and win the game in the third. The last Phantoms hat trick was exactly two years ago today, on March 27 2019 when Pascal Laberge scored the winner in overtime at Rochester in a 3-2 decision. Laczynski is the 10th player for Lehigh Valley in seven years to score a hat trick and he notched the team’s 13th hattie all-time since the Phantoms arrived in Allentown in 2014. Danick Martel of the Binghamton Devils has the Lehigh Valley record with three hat tricks and also has the team’s last three-goal performance at PPL Center on Opening Night, October 7, 2018 when put up a trifecta against the Hershey Bears in a 7-2 win.

Sign Him Up! – The Flyers and Phantoms have inked new contracts to exciting and deserving Phantoms players this week. Forward Max Willman has signed a two-year, two-way contract with the Flyers which will begin in the 2021-22 season. Willman was on an ECHL contract with Reading in October 2019 then received a tryout contract with the Phantoms where he eventually earned an AHL contract by February, 2020. Willman was named CCM/AHL Player of the Week on March 1, 2021 after racking up six goals in a four-game goal streak.
Defenseman Logan Day has signed an extension of his AHL contract with the Phantoms to keep him with the team through the 2021-22 season. The third-year pro had played the past two seasons with the Bakersfield Condors. He became the first player from Division III Endicott College (Beverly, Mass.) to sign a pro contract. 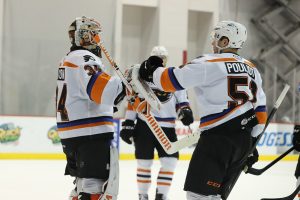 Transactions – Alex Lyon returned to the Phantoms on Friday for his second start in a row and turned in an outstanding 33-save performance in his first win in over a calendar year. Samuel Morin was recalled to the Flyers after playing six games in March with the Phantoms. Morin has spent this month playing defense after he began the season as a left wing. Goalie Felix Sandstrom was recalled to the Flyers taxi squad.

Let’s Stay Late – The Lehigh Valley Phantoms have played SEVEN overtimes in 14 completed games to lead the AHL in extra-period hockey. Lehigh Valley also leads the circuit with five overtime wins.
The Phantoms had their first four overtime wins on the road this season with Ryan Fitzgerald (Feb 6 at Hershey), David Kase (February 14 at Hershey), Max Willman (February 20 at Binghamton) and Ryan Fitzgerald again (March 8 at Wilkes-Barre/Scranton) scoring the winners. Tanner Laczynski notched the first overtime winner at home for the Phantoms on March 21 against Wilkes-Barre/Scranton.
Binghamton’s Brett Seney (February 10) and Wilkes-Barre/Scranton’s Frederick Gaudreau (Feburary 27) have victimized the Phantoms in the 3-on-3 session. Ryan Fitzgerald became just the third player in Lehigh Valley history to score two overtime goals in a single season.

Cal Closes In – Cal O’Reilly is knocking on the door to become only the 10th player in AHL history to record 500 assists. The AHL active’s scoring leader currently has 492 helpers including six this season. O’Reilly’s 618 career point rates 43rd all-time in AHL history. He currently stands 13th in assists and is two away from catching long-time Buffalo Bisons great Larry Wilson (1951-68) for 12th.

Milestone for Gordo – Head coach Scott Gordon has 398 career wins including 176 wins with the Lehigh Valley Phantoms and 221 wins with the Providence Bruins. Only five other coaches in AHL history have reached the 400 Win milestone.

The Series – The Phantoms are 3-0-1 against Binghamton this season. The last time Lehigh Valley and Binghamton played a complete game against each other was February 24 in Newark when Max Willman scored a pair of goals including the overtime winner in a 5-4 final. 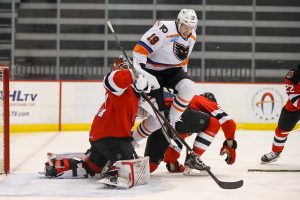 Upcoming – Lehigh Valley will host Hershey on Wednesday night and then welcome the Wilkes-Barre/Scranton Penguins next Saturday, April 3