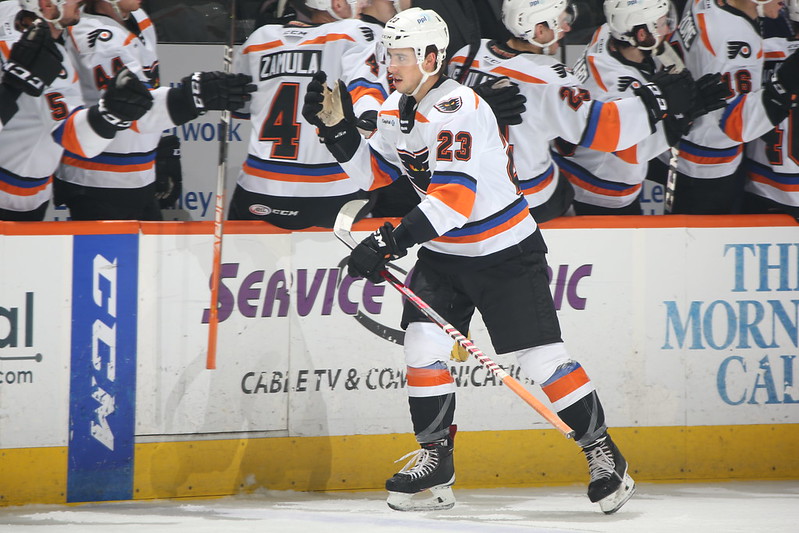 Lehigh Valley, PA – The Lehigh Valley Phantoms have announced that forward Morgan Frost has been recalled to the Philadelphia Flyers according to Flyers President of Hockey Operations and General Manager, Chuck Fletcher. Additionally, forward Jackson Cates has been loaned from the Flyers to the Phantoms.

Frost, 22, scored the key goal on Sunday in a 3-2 win against the Hershey Bears when he redirected a point shot with just 4:16 remaining in the third period to break a 1-1 tie. He has five goals with 13 assists for 18 points with the Phantoms in 20 games. Frost has also scored two goals with five assists for the Philadelphia Flyers in 26 games.

The Flyers’ first-round selection in 2017 was leading Lehigh Valley in scoring at the time of his first recall to the Flyers on November 22. He has played 61 career games with the Phantoms scoring 18-29-47 while also suiting up in 48 career NHL games with the Flyers scoring 4-10-14. 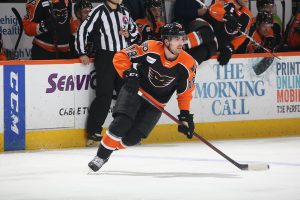 The Phantoms return to action with a pair of games this weekend taking on first-place teams back-to-back. Lehigh Valley hosts the Utica Comets on Saturday at 7:05 p.m. on Hockey is For Everyone Night. And then the Phantoms welcome the Springfield Thunderbirds on Sunday at 3:05 p.m. on meLVin’s Big Birthday Bash.