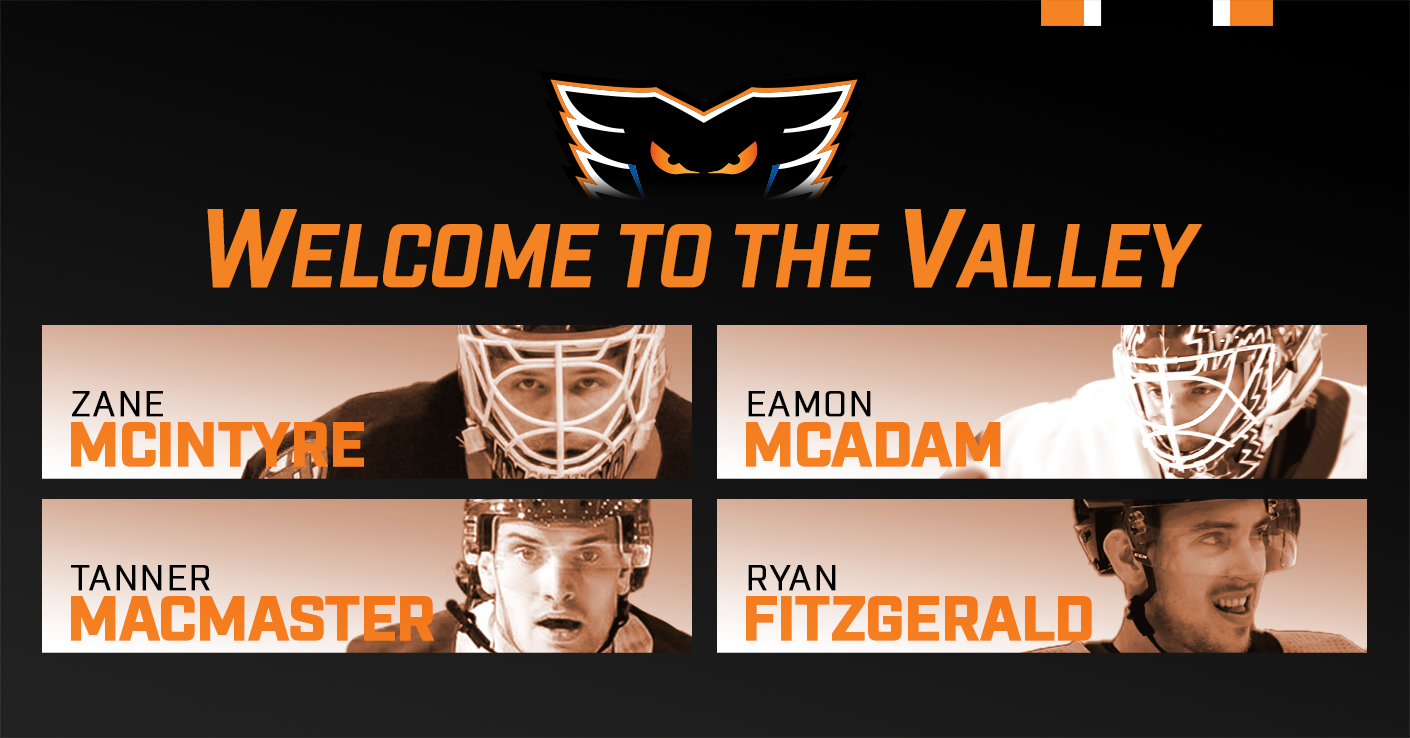 Lehigh Valley, PA – The Lehigh Valley Phantoms, proud affiliate of the Philadelphia Flyers, have announced today that they have signed goalies Eamon McAdam and Zane McIntyre and forwards Ryan Fitzgerald and Tanner MacMaster to AHL contracts for the 2020-2021 season. The impressive group of Phantoms newcomers features a local player with Bucks County and Penn State ties, an AHL All-Star goalie, and the son of an NHL General Manager with a strong hockey lineage. 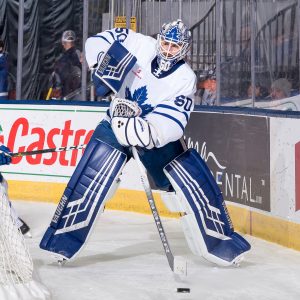 Eamon McAdam, 26, is a local product out of Penn State who grew up in Perkasie, Pennsylvania (near Quakertown) in Bucks County. The 6’3″ goaltender is in his fourth season of professional hockey. He is the closest player to the Lehigh Valley region to become a full-time professional hockey player.

A third-round pick of the New York Islanders in 2013, McAdam earned All-Big Ten Second Team honors in 2015-16 and was a nominee for the Mike Richter Award as the nation’s top collegiate goaltender. During that standout junior season at Penn State he went 13-8-1, 2.98, .913.

He has played in 55 career AHL games with the Toronto Marlies and Bridgeport Sound Tigers going a combined 29-16-5, 2.98, .896. McAdam has also played in 112 ECHL games with five teams compiling an overall record of 53-39-14 with a 2.97 goals-against average and .906 save percentage. McAdam returned to school last spring and finished his economics degree from Penn State in May.

Zane McIntyre, 28, is entering his sixth professional season. Last year, he began the season with the Utica Comets and then was dealt to the Binghamton Devils right before the trade deadline going a combined 15-10-2 with a 2.80 goals-against average and a .908 save percentage. McIntyre concluded the season with a stellar 4-0-0 mark with the Devils including two shutouts and just three goals allowed in his stay in Binghamton.

The 6’2″ netminder appeared at the AHL All-Star Classic in 2017 held at PPL Center in Allentown while representing the Providence Bruins where he spent his first four professional seasons. McIntyre has frequently rated among the very best AHL goaltenders. His seven shutouts in 2018-19 were tops in the league. And in 2016-17 he was best in save percentage with a .930 mark while earning Second Team AHL All-Star honors. He also finished second that season in goals-against average posting a paltry 2.03 ratio.

McIntyre was born in Grand Forks, North Dakota and also grew up in Thief River Falls, Minnesota. In his AHL career with Providence, Utica and Binghamton, he has played in 183 games notching a record of 101-53-29 with a 2.52 goals-against average and .909 save percentage. He also played in eight NHL games with the Boston Bruins in 2016-17 and at the beginning of the 2020-21 season he played in six games with Dinamo Riga of the KHL.

McIntyre won the prestigious Mike Richter Award at the University of North Dakota in 2015 as the nation’s top collegiate goaltender beating out Alex Lyon of Yale University who was also a finalist that year. McIntyre and Lyon have been friends since childhood with both goaltending standouts growing up in northern Minnesota. 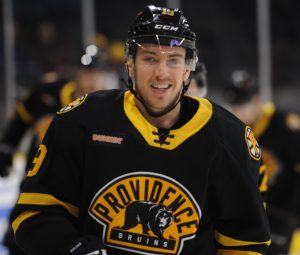 Fitzgerald, 26, is a 5’11” and 185 pound left-wing who spent the previous three seasons with the Providence Bruins where he played in 195 games scoring 43 goals and recording 60 assists for 103 career points. Last year he scored 13 goals and 14 assists for 27 points in 67 games. The Ft. Lauderdale, Florida native finished second on the team and led all Providence rookies with 21 goals in 2017-18. 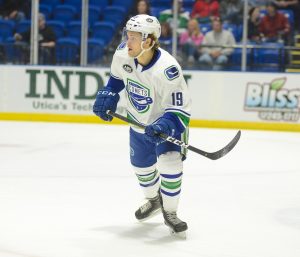 Tanner MacMaster, 25, enters his third AHL season following stints with the Utica Comets and Toronto Marlies. The 5’10” and 170-pound left wing is from Calgary, Alberta.

MacMaster played in 56 games with the Marlies last season scoring 11 goals and 19 assists for 30 points. He has played in 124 career AHL games amassing 17 goals and 37 assists for 54 points.

MacMaster was part of a pair of Cleary Cup ECAC regular season championship teams with Quinnipiac University in his four-year collegiate career from 2014-18. In 2015-2016, he was a sophomore on a Quinnipiac team that had its best season in program history with a record of 32-4-7 that also saw them advance all the way to the NCAA Championship game in Tampa, Florida before falling to North Dakota. He played in 150 career games with the Bobcats scoring 30 goals and 54 assists for 84 total points.