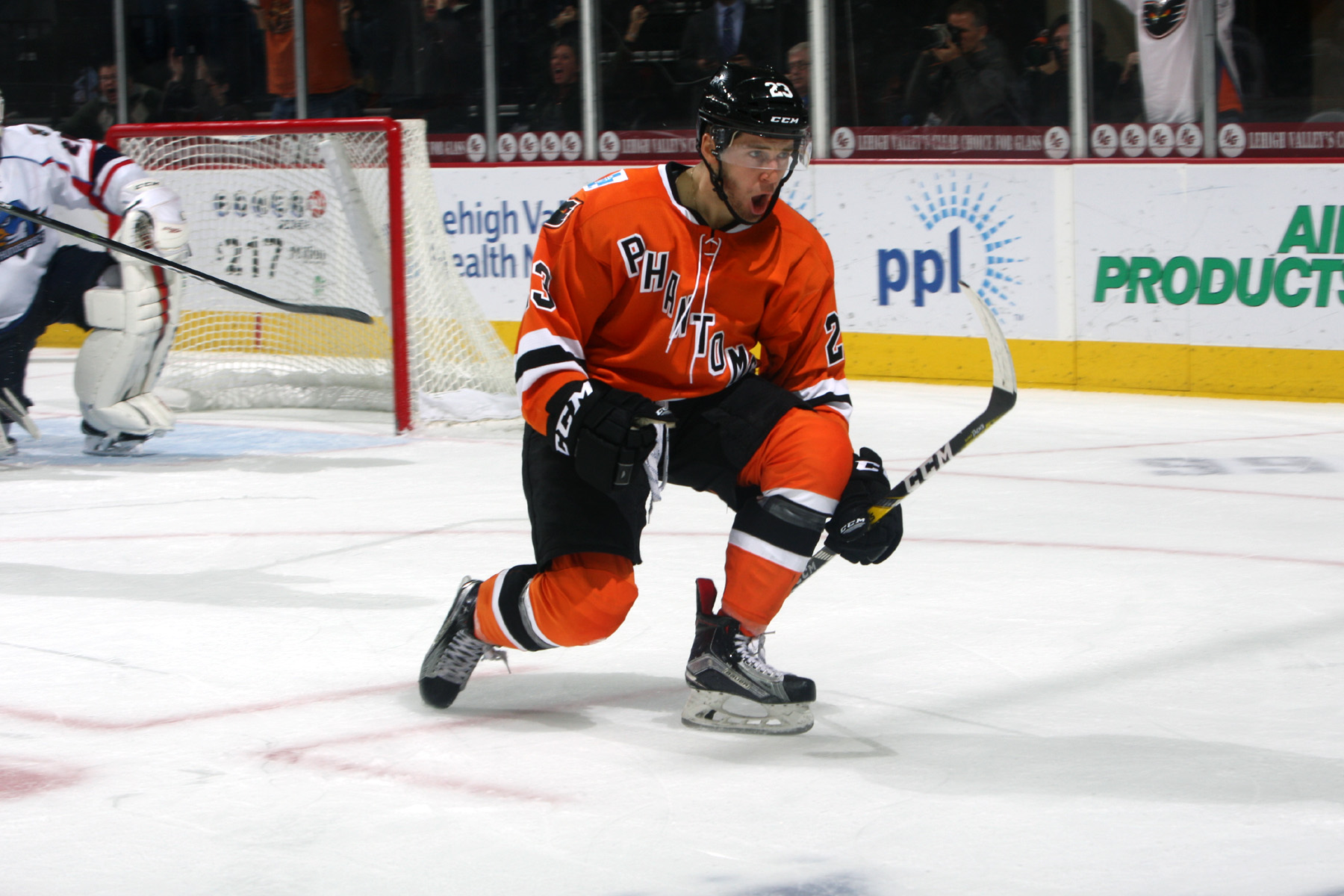 Lehigh Valley, PA – The Philadelphia Flyers, parent club of the Lehigh Valley Phantoms, have recalled from loan forward Taylor Leier and have returned on loan forward Scott Laughton to the Phantoms. 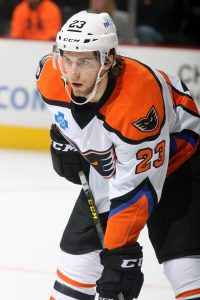 A 22-year-old forward from Saskatoon, Saskatchewan, Leier is in the midst of his third professional season and currently ranks second among all Lehigh Valley skaters in total scoring with 20 points (6 goals, 14 assists). A fourth-round selection (#117 overall) by the Flyers in the 2012 NHL Entry Draft, he finished second among all Phantoms with 20 goals and 49 points a year ago.

Leier was recalled by the Flyers last November 14 and made his NHL debut that night at Carolina. He played a total of six games for the Flyers, averaging 7:43 of ice time, before returning to the Phantoms in late November.

A 22-year-old forward from Oakville, Ontario, Laughton is also in his third professional campaign and has spent this season both with Lehigh Valley (8 games, 2 goals, 6 assists, 8 points) and Philadelphia (2 games, 0 points). A first-round selection (#20 overall) by the Flyers in the 2012 NHL Entry Draft, he registered seven goals, 14 assists and 21 total points across 71 games with Philadelphia last season.

Winners of 13 of their last 16 games overall, the red-hot Phantoms return to action this Wednesday, December 7 when the team heads to Syracuse for a 7:00 p.m. showdown with the Crunch.

Lehigh Valley is then back at PPL Center this Friday and Saturday for a weekend series with the Rochester Americans. First, on Friday, December 9, there’s a Youth Winter Hat Giveaway presented by PPL Corporation where the first 2,500 kids 14 and under receive a FREE Phantoms youth winter hat courtesy of PPL Corporation. Then, on Saturday, December 10, it’s the highly-anticipated Teddy Bear Toss presented by Dan’s Camera City where fans are encouraged to bring new teddy bears and stuffed animals to the game and then throw them onto the ice when the Phantoms score their first goal. All bears/stuffed animals will then be donated to Valley Youth House to be distributed to children across the Lehigh Valley.