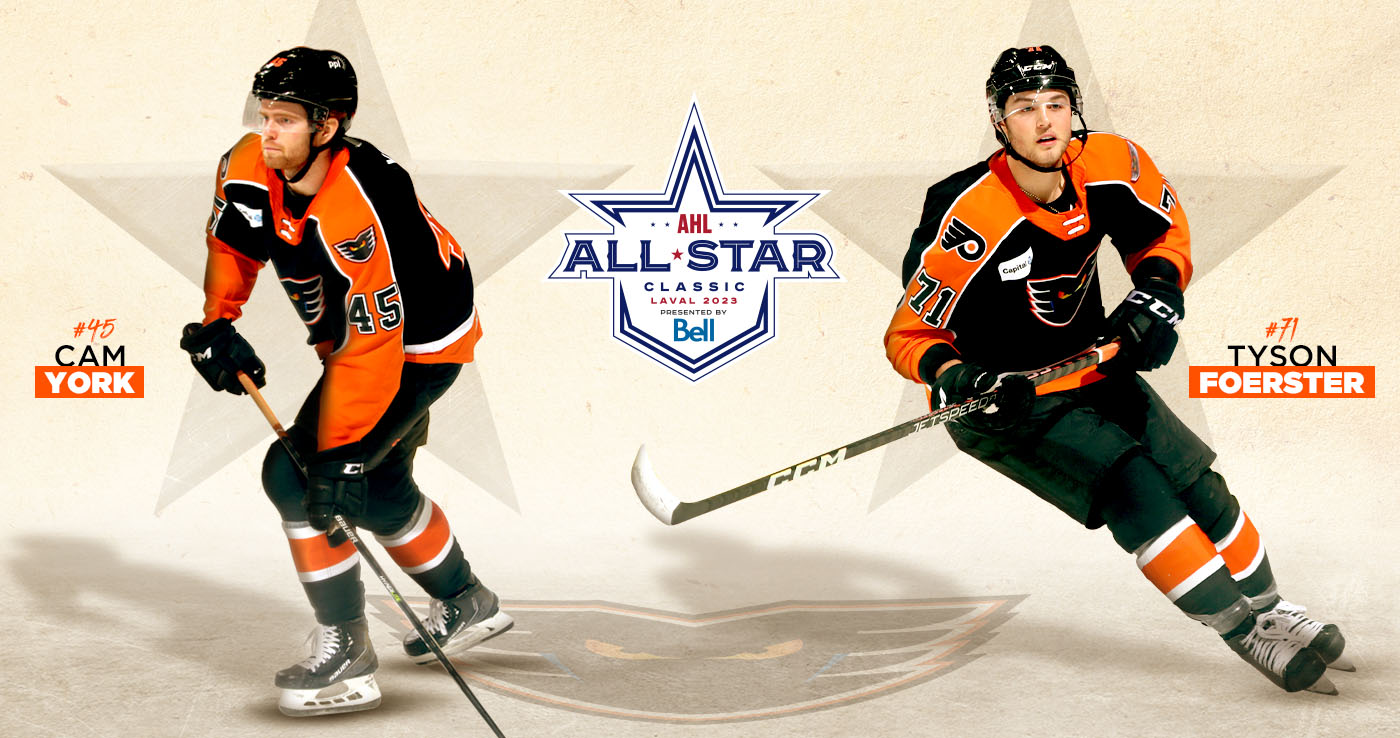 Will Join the League’s Best Feb 5-6 in Laval

The Lehigh Valley Phantoms are thrilled to announce that forward Tyson Foerster and defenseman Cam York have been selected to participate in the 2023 AHL All-Star Classic. The event will take place February 5-6 at Place Bell in Laval, Quebec.

The pair of talented Flyers first-rounders and World Juniors gold medalists are both appearing at an AHL All-Star Classic for the first time.

Foerster, 20, is second on the Phantoms in scoring with nine goals and 12 assists for 21 points. The first-round selection of the Philadelphia Flyers was taken #23 overall in the 2020 NHL Entry Draft. The Alliston, Ontario native has played in 65 career games with the Phantoms over parts of three seasons scoring 21 goals with 20 assists for 40 points. The righty-shooting right wing won a gold medal for Canada at the 2022 World Juniors last August in Edmonton where he scored three goals with three assists in seven games.

York, 22, has scored three goals with 10 assists for 13 points with the Phantoms this season in 20 games. He was recalled to the Philadelphia Flyers on December 8 where he has played in 14 games scoring one goal with seven assists. The Anaheim, California product out of the University of Michigan won a gold medal for the United States in the 2021 World Juniors in Edmonton.