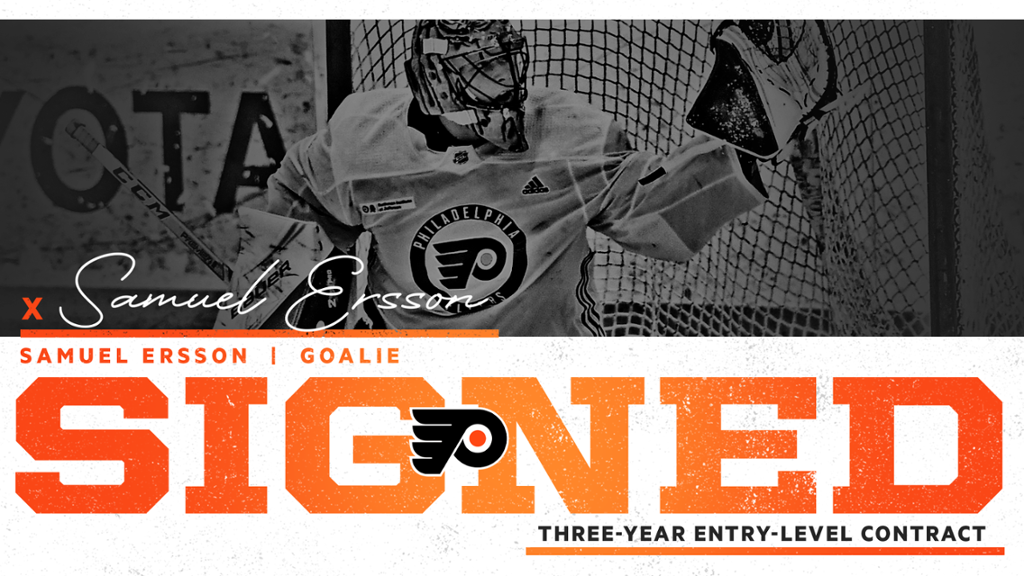 The Philadelphia Flyers have signed goaltender Samuel Ersson to a three-year entry-level contract, according to President of Hockey Operations & General Manager Chuck Fletcher.

“We’re excited to get Samuel under contract with the Flyers,” said Vice President & Assistant General Manager Brent Flahr. “He’s steadily progressed since his draft year and has had success in junior, the SHL and at the International level. We look forward to watching his continued development as he makes the transition to North America.”

A 6-2, 176-lb native of Falun, Sweden, Ersson has played in the Brynas IF system since 2015 with the exception of the 2018-19 season, which he spent with Vasteras IK in the Allsvenskan, Sweden’s second-level professional league. He was named the league’s best junior player that season after posting a 27-9-0 record with a 1.95 GAA and a .933 save percentage.

Ersson represented Sweden at the 2021 World Championships, appearing in one game. He has represented his home country on several occasions, including the 2020 World Junior Championships, where his 3-1 record with a 2.23 GAA and a .922 save percentage helped Sweden win Group B in the group stage.

Ersson was selected by the Flyers in the fifth round (143rd overall) of the 2018 NHL Entry Draft.