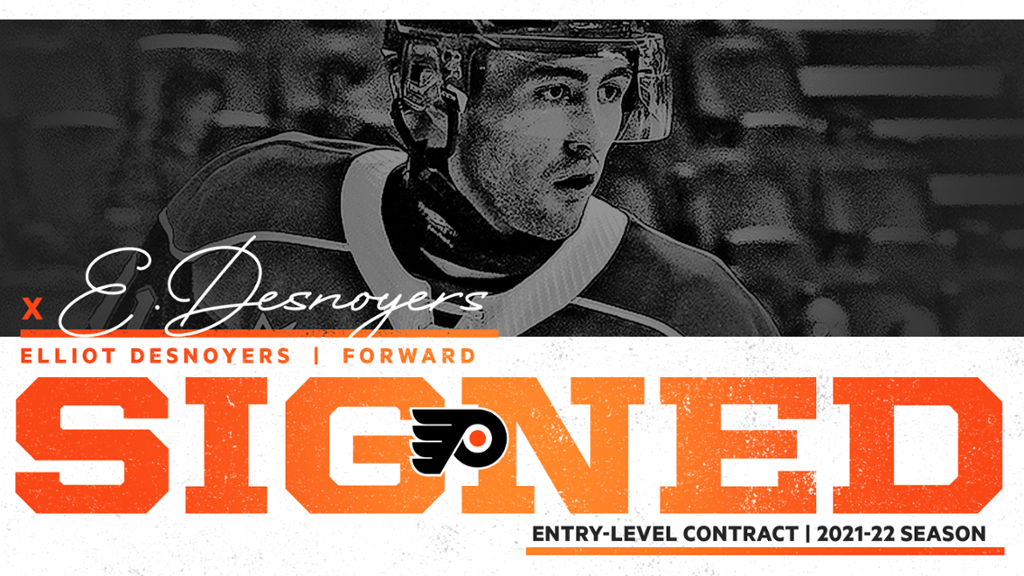 Philadelphia, PA – The Philadelphia Flyers have signed forwards Elliot Desnoyers and Olle Lycksell to entry-level contracts that begin next season, according to President of Hockey Operations & General Manager Chuck Fletcher.

“Elliot Desnoyers had a productive year in Halifax and played a strong, two-way game with lots of passion,” said Flyers Vice President & Assistant General Manager Brent Flahr. “As he matures physically and gets stronger, his game should continue to grow.” 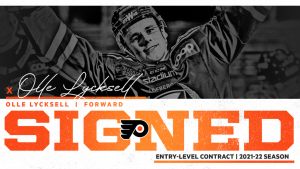 “Olle Lycksell has continued to grow his overall game since being drafted in 2017,” Flahr said. “It’s taken some time for him to mature physically but he’s worked hard on his body and overall game. He had a strong second half for Farjestads and we look for him to continue to grow his game.”

A 5-11, 176-lb native of Oskarshamn, Sweden, Lycksell represented his country at the 2019 and 2020 World Junior Championships. He was selected by the Flyers in the sixth round (168th overall) of the 2017 NHL Entry Draft.