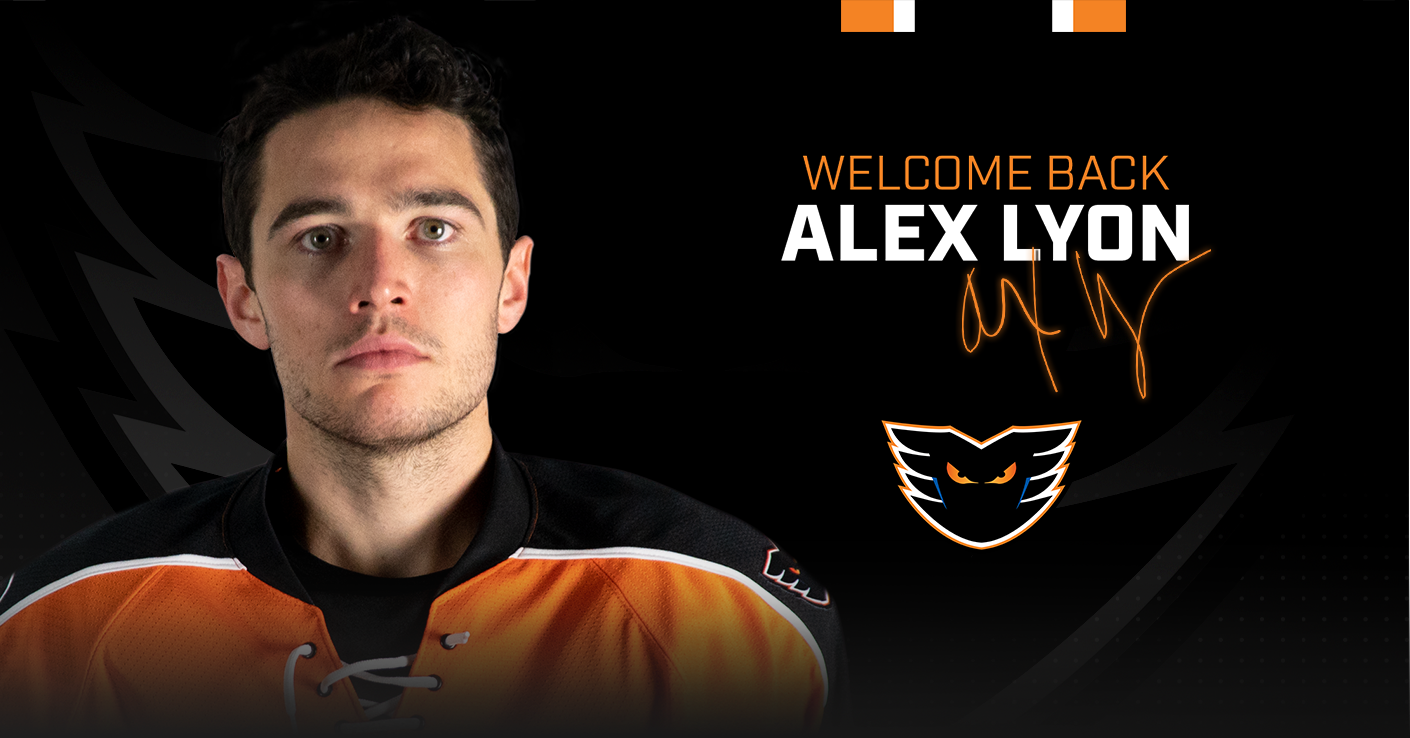 Lehigh Valley, PA – The Philadelphia Flyers, parent club of the Lehigh Valley Phantoms, have signed goaltender Alex Lyon to a one-year contract extension. The contract will run through the 2020-21 NHL season. 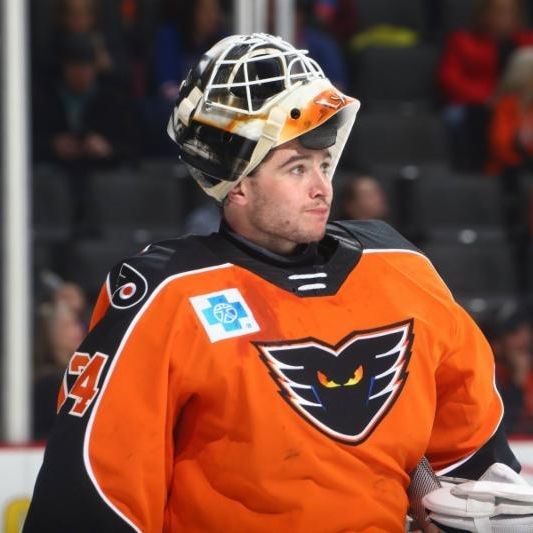 Lyon, 27, has spent the last four season with the Flyers organization playing a total of 145 games for the Lehigh Valley Phantoms, the most of any goaltender. He ended the 2019-20 season with a 0.913 save percentage through 32 games played with the Phantoms, and an overall record of 73-53-15 with a 2.73 goals-against average for Lehigh Valley. Lyon was most recently recalled by Philadelphia on January 30, 2020 where he played in three games and earned his first win of the season on February 1, 2020 against the Colorado Avalanche making 28 saves.

A native of Baudette, Minnesota, Lyon also ranks first in Lehigh Valley history with 73 wins, 4013 career saves, and six shutouts. Lyon’s signature performance with Lehigh Valley came on May 9, 2018 when he stopped 94 of 95 shots by the Charlotte Checkers to lead the Phantoms to a 2-1 win in a five overtime game during the Calder Cup Playoffs. During that postseason run, Lyon posted a 6-5 record with a 1.99 GAA and a 0.944 save percentage where he backstopped the team to the Eastern Conference Finals. Lyon was also named the Phantoms 2018-19 IOA/American Specialty AHL Man of the Year for his outstanding contributions to the community.

Lyon made his NHL debut on January 31, 2018 against the Washington Capitals in a relief appearance and later earned his first NHL win on February 18, 2018 against the New York Rangers. In 16 total NHL appearances, he has amassed a 5-4-1 record with a 3.15 GAA and 0.893 save percentage. Prior to signing with the Flyers as a free agent, Lyon played three seasons at Yale University where he was a two-time NCAA All-American, two-time ECAC Goaltender of the Year, and a 2015-16 Hobey Baker Award finalist.