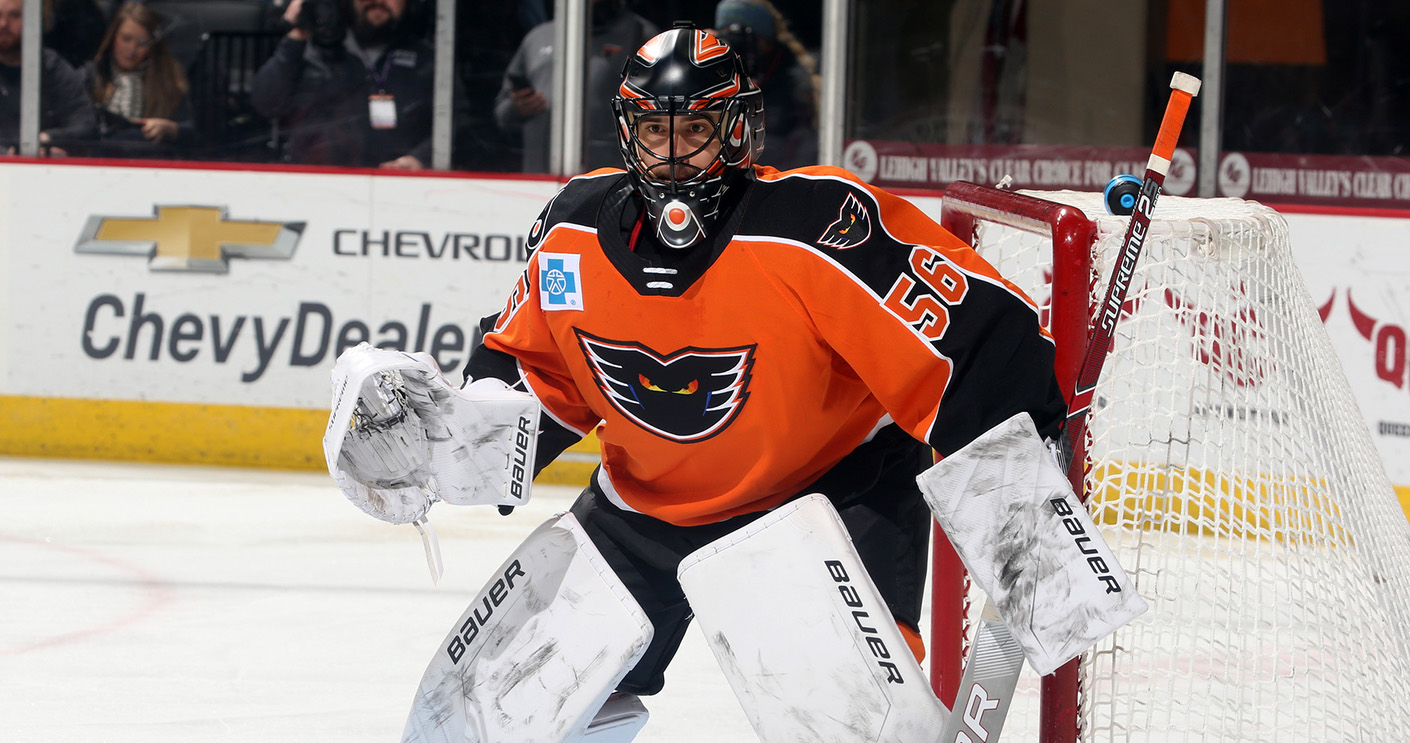 Lehigh Valley, Pa. – The Philadelphia Flyers have announced today that they have recalled Mike McKenna from his conditioning loan with their American Hockey League affiliate, the Lehigh Valley Phantoms.

McKenna, 35, has played in 11 NHL games this season, including one with the Philadelphia Flyers on January 8, 2019 against the Washington Capitals. McKenna also appeared in 10 games for the Ottawa Senators this season, posting a 1-4-1 record with a 3.96 goals against average and a 0.897 save percentage. He played in three games for the Lehigh Valley Phantoms, going 2-1, most recently with a 33-save victory on Sunday against Hartford.