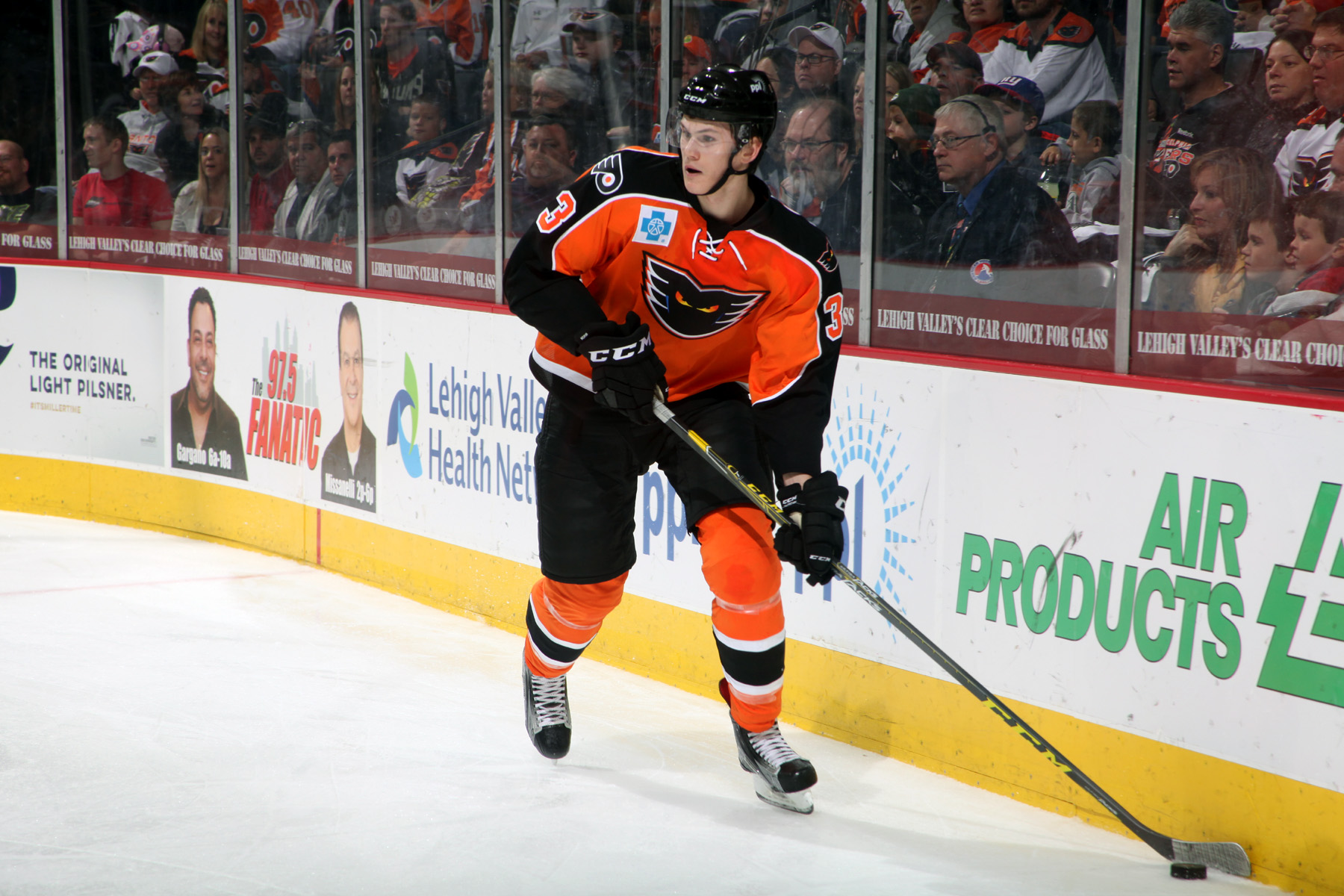 The Philadelphia Flyers, parent club of the Lehigh Valley Phantoms, announced today that they have re-signed defenseman Samuel Morin to a multi-year contract.

Morin, a 6’7″ Canadian defenseman, has now played a total of 165 career games at the AHL level across three seasons with the Phantoms.  During those games he has netted eight goals and tallied 34 assist for a total of 42 points.

The 22-year old has also appeared in three contests with the Flyers.

Although injured during the 2017-18 season, Morin managed to slot into 15 tilts where he notched seven points (1G-6A) and a plus-4 rating.

Morin was a first-round selection for the Flyers (11th overall) in the 2013 NHL Entry Draft.