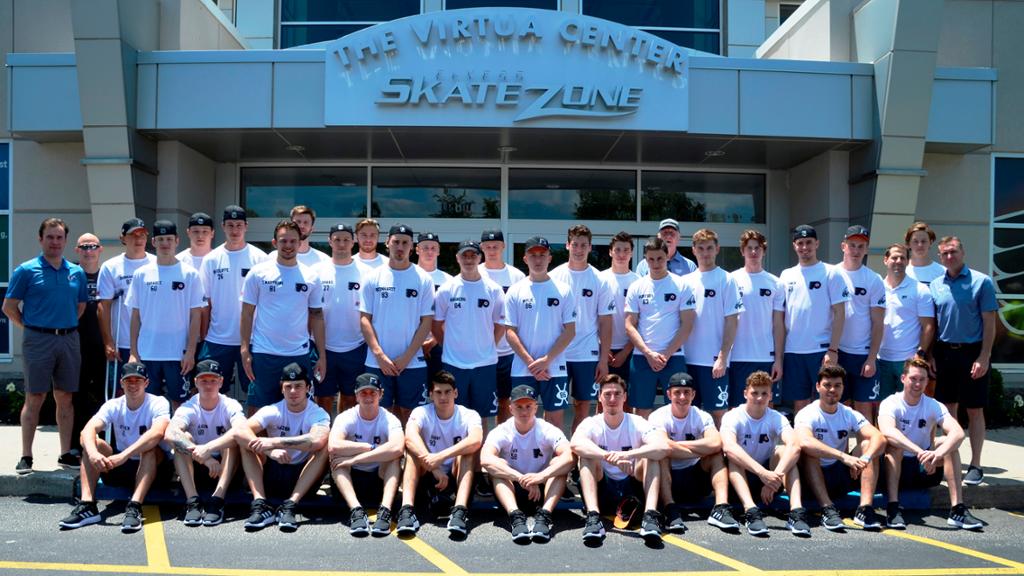 Earlier today, the Philadelphia Flyers, parent club of the Lehigh Valley Phantoms, announced that they will hold their annual Development Camp beginning Thursday, June 28 and running over the weekend until Monday, July 2, at the Virtua Center Flyers Skate Zone in Voorhees, NJ.

The camp will include several notable names that are of interest to Phantoms fans including potential players for the 2018-19 season as well as some current players from the Lehigh Valley roster.

Bunnaman, Laberge, Twarynski, Drake and Hart have all joined the Phantoms in prior seasons on tryout contracts while Vorobyev, De Haas, Friedman and Myers just finished up their first professional seasons at the American Hockey League level.

The Flyers Development Camp will kick off following the annual Trial on the Isle event that will be held on Wednesday afternoon in Stone Harbor, NJ.

All on-ice ice sessions are free and open to the public. Media availability will come shortly after each on-ice slot. A full roster for the camp and an ice schedule are both attached to this release; both are subject to change.

To check out the full roster, featuring a total of 33 players, click here.

For the full schedule of the Development Camp, click here.