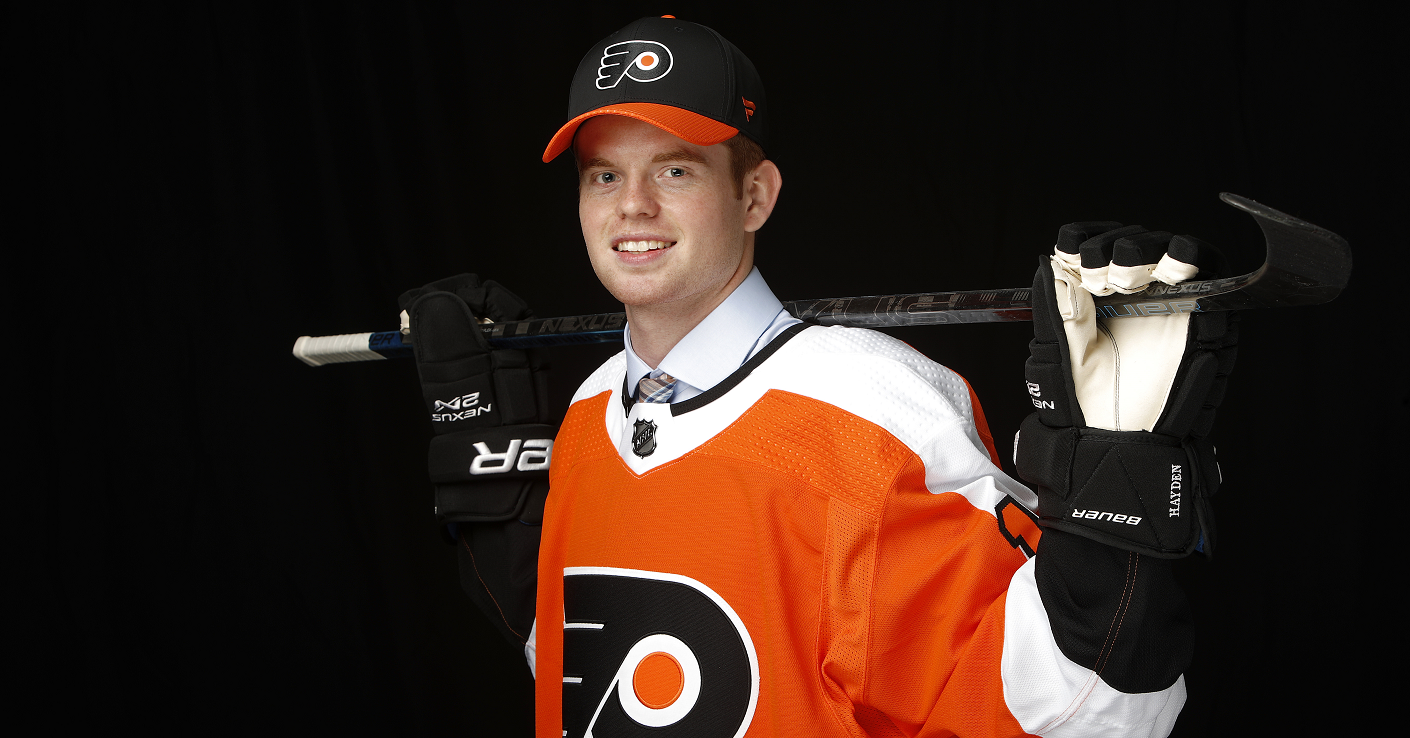 The 2019 NHL Entry Draft began on Friday in Vancouver, British Columbia, and saw the Philadelphia Flyers trade the 11th overall pick to the Arizona Coyotes in order to obtain both the 14th and 45th picks in this year’s draft.  Philadelphia selected defenseman Cam York, from the United States National Development Team, with the 14th pick in the first round.

York, an 18-year-old out of Anaheim, California, finished his 2018-19 season with 14 goals and 51 assists for a total of 65 points in 63 contests.  The five-foot-11-inch, puck-moving defenseman has committed to the University of Michigan for the 2019-20 season and was one of nine members of the USNDT that was selected in the first round of this year’s entry draft.

The flyers will have eight remaining picks for rounds two through seven on Saturday afternoon.  Remaining coverage of the draft can be found on NHL Network starting at 1 p.m. on Saturday.

Tickets for the 2019 Rookie Game are on sale now and are just $5 for current Phantoms season ticket holders while members of the general public can purchase their tickets for $10 each.  To secure your seats for the upcoming rookie contest later this summer, click HERE.