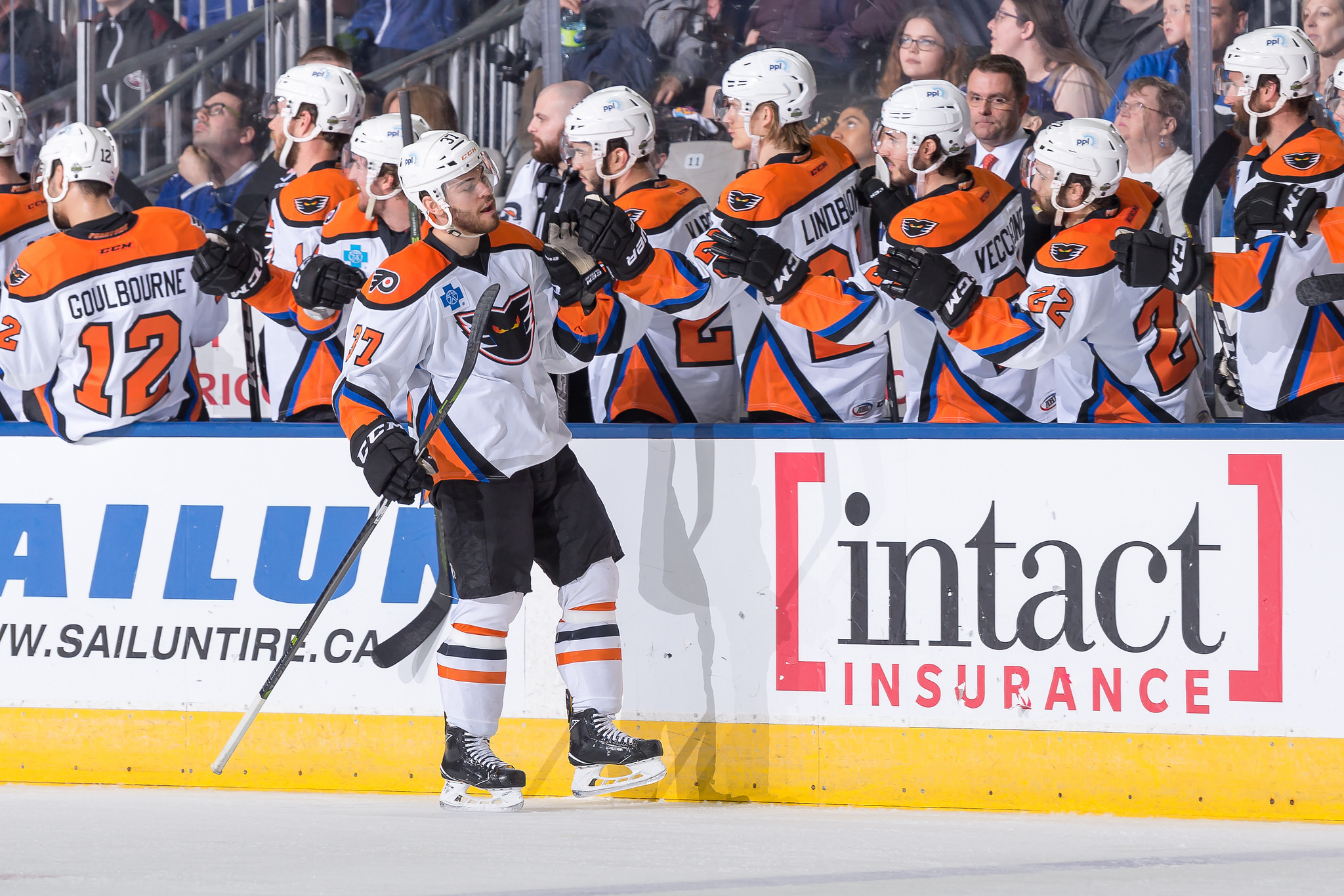 The Philadelphia Flyers, parent club of the Lehigh Valley Phantoms, announced today that they have loaned defensemen Mark Friedman and Philippe Myers as well as goaltender Carter Hart to Lehigh Valley.

The trio will join the Phantoms ahead of the AHL’s regular season that will begin later this week.

A 22-year old out of Toronto, Ontario, Friedman will enter into his second professional season having played 65 games and recording 16 points (2G-14A) with Lehigh Valley during the 2017-18 season.  Friedman appeared in a total of four games for the Flyers during the preseason where he tallied a single assist and tied for the team’s lead in plus-minus rating (+4).

Myers, who was originally assigned to the Phantoms on September 25, was recalled on Sept. 29 to play in Philadelphia’s preseason finale against Boston.  The six-foot-five blueliner netted five goals and added 16 assists for a total of 21 points across 50 games with the Phantoms this past season.

Heading into his rookie season, Hart was a second-round draft pick of the Flyers (48th overall) during the 2016 NHL Entry Draft.  In four games with Philadelphia this preseason he boasted a 1.87 goals-against average and .922 save percentage.