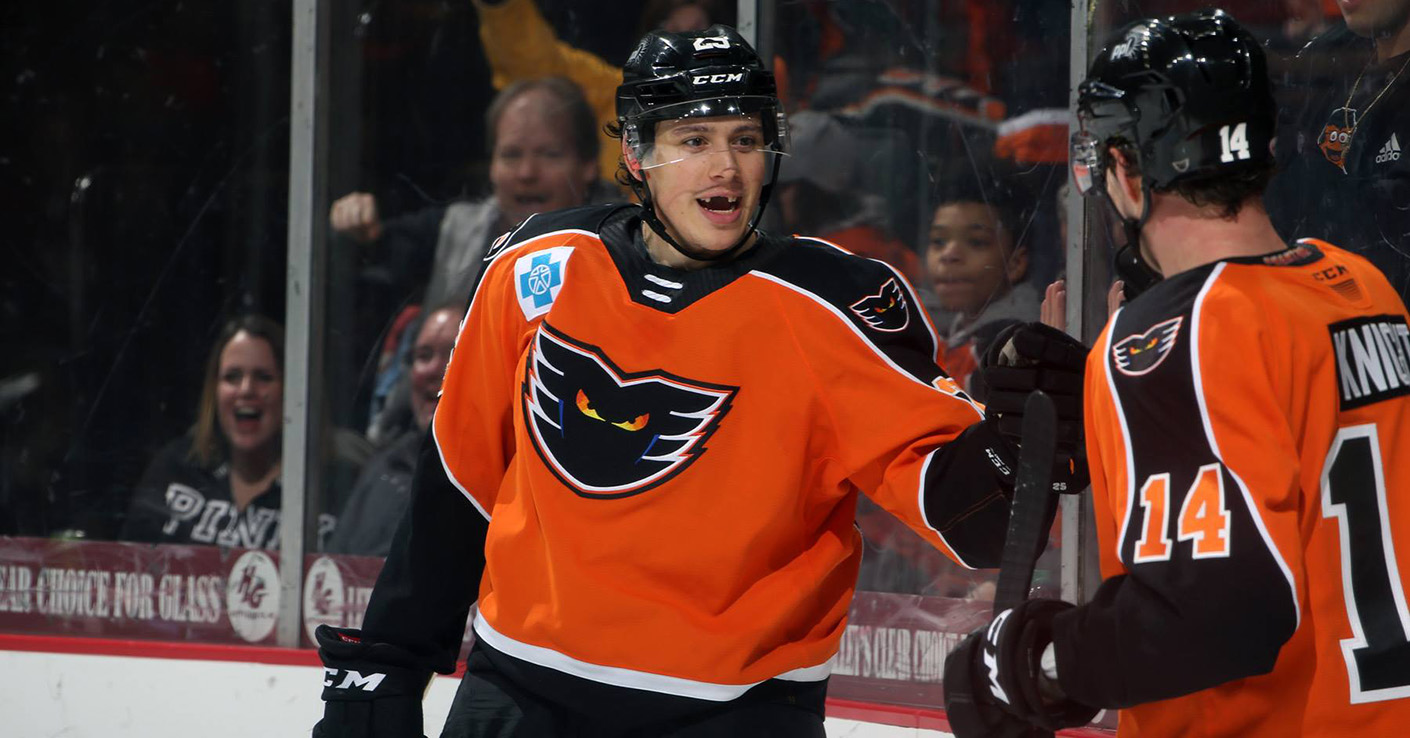 Lehigh Valley, Pa. – The Philadelphia Flyers have announced today that they have loaned forward Connor Bunnaman to their American Hockey League affiliate, the Lehigh Valley Phantoms.

Bunnaman, 21, made the Philadelphia Flyers out of training camp and made his NHL debut on October 4 against the Chicago Blackhawks in Prague. He played in four games for the Flyers. During his rookie season in 2018-19, Bunnaman scored 19 goals and registered 13 assists for 32 points in 62 games. He ranked second on the team in goals and led all Phantoms rookies in scoring.