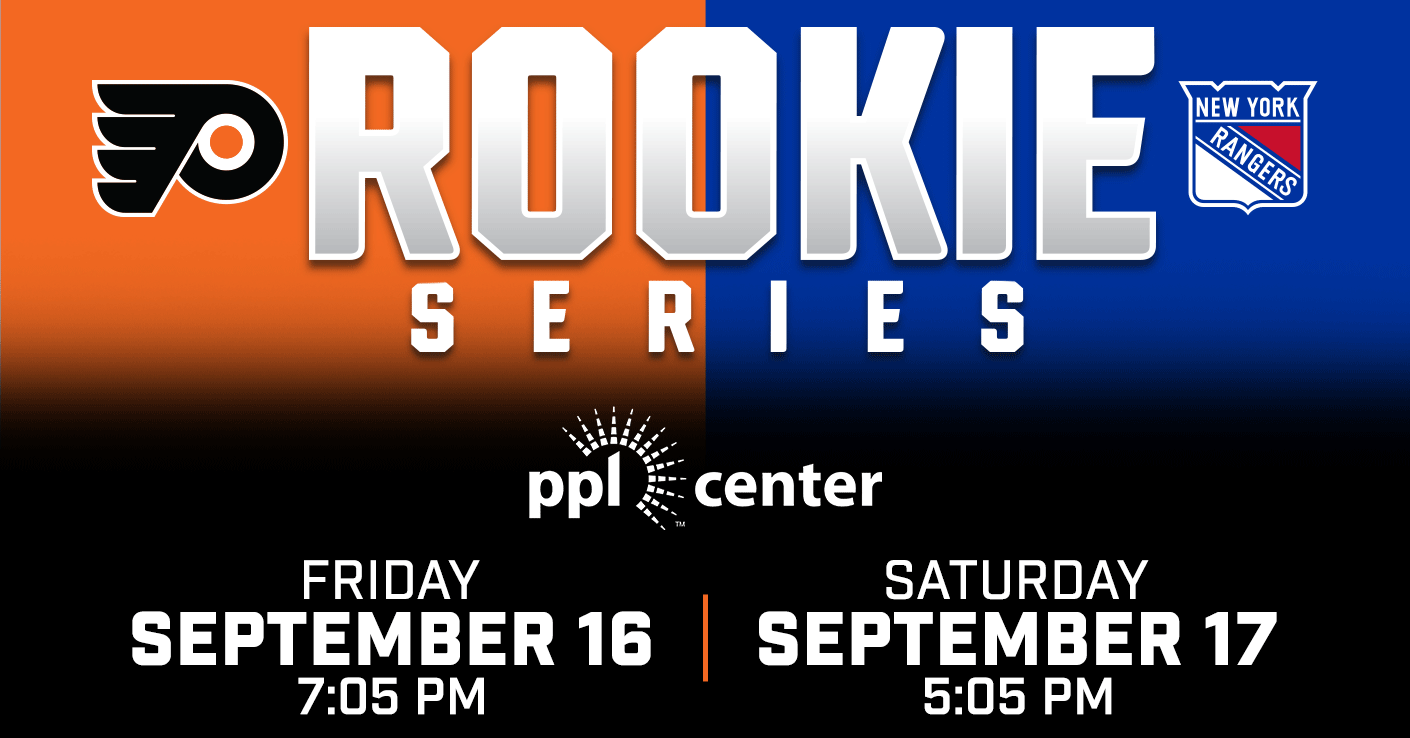 Flyers vs. Rangers This Friday and Saturday at PPL Center

The Philadelphia Flyers have announced their roster for the 2022 Rookie Series coming to PPL Center this weekend and their overall schedule for their Rookie Camp.

The Philadelphia Flyers and New York Rangers will compete in back-to-back games at the upcoming Rookie Series on Friday, Sept. 16 at 7:05 p.m. and Saturday, Sept 17 at 5:05 p.m. offering area fans an early opportunity to welcome the return of the pro hockey season to the Lehigh Valley.

Nine recent Lehigh Valley Phantoms players are among the young prospects on the Rookie Series roster including 2020 first-round selection Tyson Foerster who recently won a gold medal with Team Canada at the World Juniors Tournament. Four skaters on the roster saw some games with the Philadelphia Flyers last season including Ronnie Attard, Jackson Cates, Noah Cates and Egor Zamula.

The pair of Rookie Games, featuring the up-and-coming stars of both the Flyers and Rangers, will be watched closely by front office personnel of both organizations.

The Rookie Camp precedes the Flyers main training camp, which officially kicks off on Wednesday, Sept. 21.

Tickets for the Flyers vs. Rangers Rookie Series are on sale now by clicking HERE