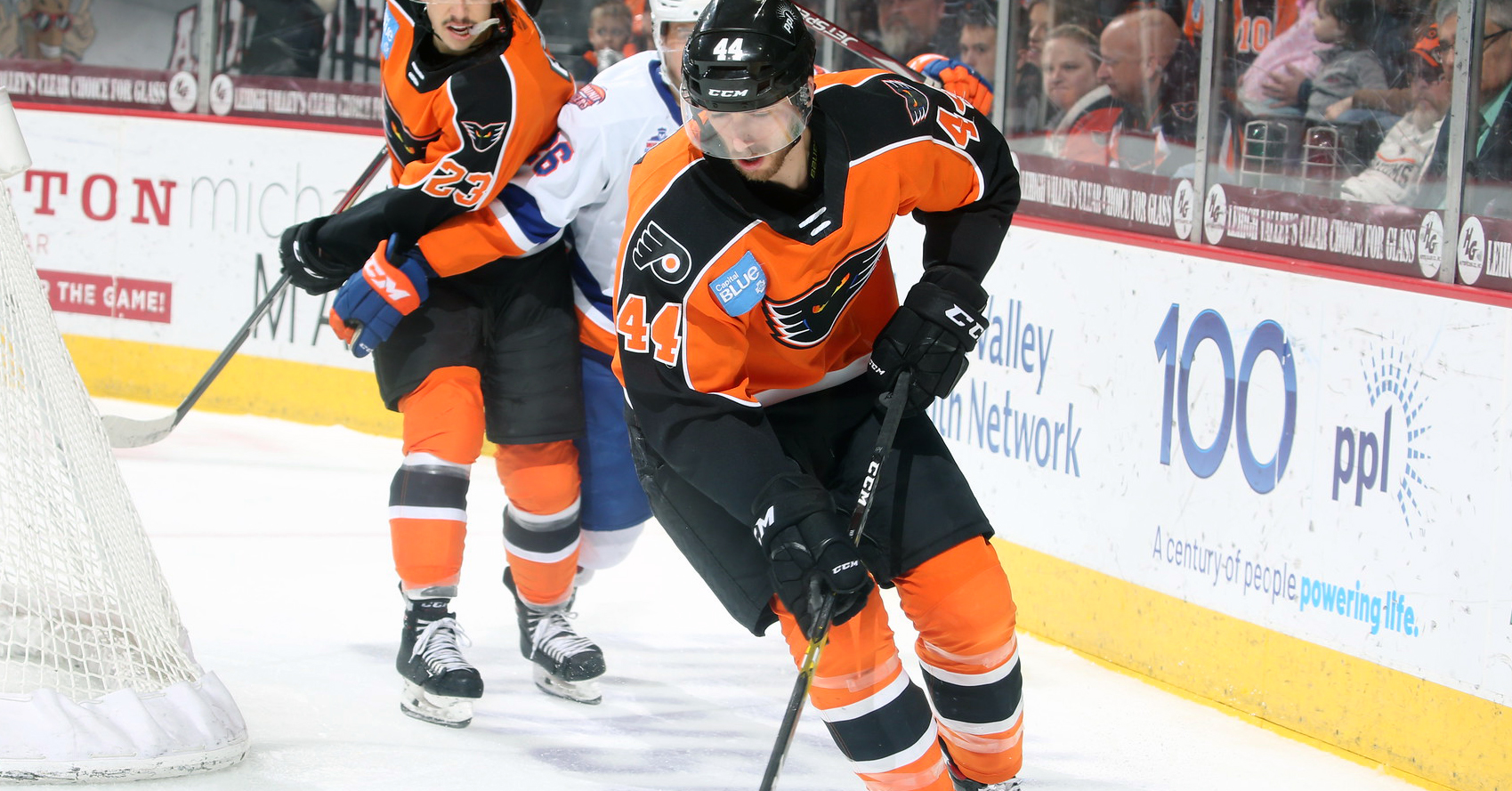 Lehigh Valley, Pa. – Phan Nation continued their unwavering support as they helped sell out PPL Center for the 100th time in just the six years since the team moved to Allentown. A special thank you flash sale will take place starting tomorrow at 10:00 a.m. The Lehigh Valley Phantoms (24-28-2-7) wrapped up a three-in-three on Sunday afternoon against the Bridgeport Sound Tigers (22-33-5-2) with a strong offensive performance. Despite multi-point games from five different players, including three from Mikhail Vorobyev, Lehigh Valley fell 6-5 in a shootout.

Despite a penalty less than a minute into the game, the Phantoms still got off to a strong offensive start, out shooting Bridgeport 3-0 during the penalty kill. The Phantoms PK unit would be the story of the night as Lehigh Valley killed off seven penalties and generated multiple offensive chances during each Bridgeport power play. 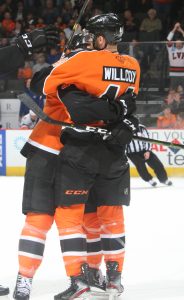 Bridgeport scored the first goal however, a little over a minute after their power play ended, taking a 1-0 lead with four minutes gone by. Nick Schilkey took the puck into the zone and passed it off to Jordan Schmaltz in the slot. Schmaltz relayed it on to Travis St. Denis, who ripped a shot from the left circle for the goal.

The Phantoms responded with less than ten minutes left in the first period with a goal from Gerry Fitzgerald. Max Willman pushed a pass to the corner of the net, where Fitzgerald was waiting on the other side to punch it in for his seventh goal of the season. Reece Willcox quickly put the Phantoms ahead 2-1 just a few minutes later. Isaac Ratcliffe fed the puck off at the top of the zone, and Willcox fired it in past Bridgeport goalie Christopher Gibson for his second goal of the season.

Once again finding themselves on the penalty kill, the Phantoms continued playing strong offense while shorthanded, as Isaac Ratcliffe put Lehigh Valley up 3-1 with 2:22 left in the first period. Mikhail Vorobyev carried the puck into the zone in a two-on-two, and dumped it off to Ratcliffe for the goal. Reece Willcox also recorded an assist on the play, making it a multi-point game for him, as well as Vorobyev and
Ratcliffe. The assist for Vorobyev was his 100th career AHL point.

Bridgeport would respond with 1:05 left in the period, scoring during a 5-on-3 power play. After a series of passes, Sebastian Aho took a one-timer that was able to beat Phantoms goalie Kirill Ustimenko for the goal. 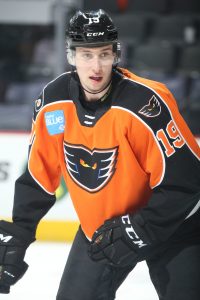 Lehigh Valley extended its lead back to two goals 3:13 into the second period with a goal from Mikhail Vorobyev, his third point of the game. Vorobyev took a pass from Max Willman at the top of the zone, and skated toward the net, sneaking a backhand behind Gibson. The assist was Willman’s second point of the night.

David Kase gave the Phantoms a three-goal lead 14:53 left, a breakaway goal, his seventh of the season. Greg Carey made a long pass to Kase in the neutral zone, who took the puck into the slot and wristed a shot over Gibson to make it 5-3. Carey’s assist was his second of the game.

Bridgeport drew back within two with a goal from Terry Broadhurst. Colin McDonald passed it across the crease, and Broadhurst pushed it in behind Ustimenko’s legs. With under eight minutes remaining, the Sound Tigers pulled within one. Nic Pierog shot the puck from the right circle past Ustimenko for the goal. With 4:59 left in the game, Bridgeport tied it up at five as Robert Carpenter poked in the puck after receiving the puck off of a pass from Grant Hutton.

After a scoreless overtime period, Oliver Wahlstrom and Terry Broadhurst netted goals in the shootout, giving the Sound Tigers the 6-5 win.

The Phantoms want to thank Phan Nation for helping us achieve 100 Sell Out’s here in the Lehigh Valley! As a special thank you to everyone, there will be a special discounted ticket offer, good for all remaining home games this season. The flash sale will run for 48 hours starting Monday at 10:00 a.m. and ending Wednesday at 10.00 a.m. Visit phantomshockey.com to purchase.