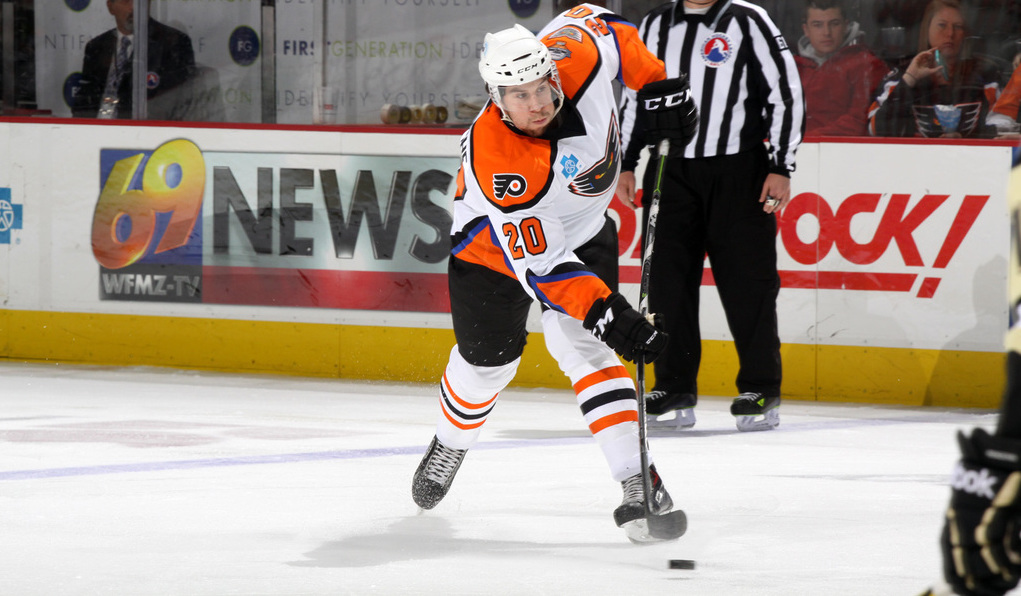 Lehigh Valley, PA – The Lehigh Valley Phantoms, proud AHL affiliate of the Philadelphia Flyers, are pleased to announce that defenseman Maxim Lamarche has been signed to an AHL contract. 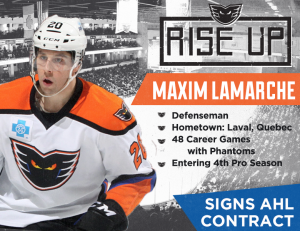 Lamarche has also appeared in 137 career ECHL outings (Reading Royals, Elmira Jackals) during his professional tenure. In that time, he’s amassed 17 goals, 35 assists, 52 points, 134 penalty minutes and a plus-41 rating.