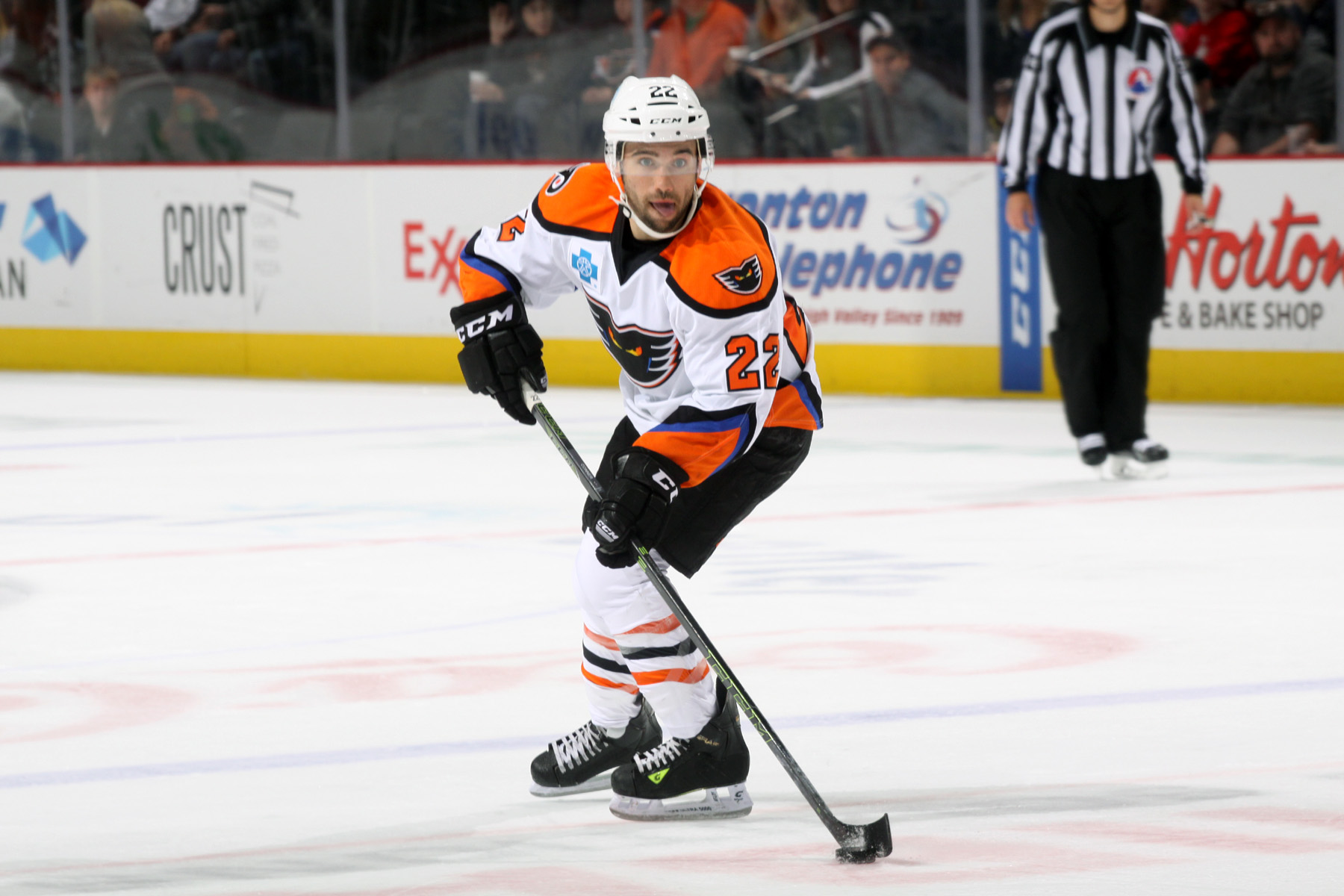 Lehigh Valley, PA – Chris Conner recorded a season-high four points (goal, 3 assists) and Danick Martel netted his league-leading 11th goal Friday evening as the Lehigh Valley Phantoms earned a critical standings point in a 6-5 shootout decision against the rival Wilkes-Barre/Scranton Penguins in front of a standing room-only sellout crowd of 8,517 fans inside PPL Center. With Friday’s outcome, the Phantoms moved to 7-2-0-2 on the year and continue to lead the 30-team AHL with 16 standings points. Lehigh Valley is now 4-1-1 in games played at PPL Center this season. 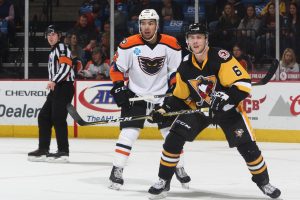 Tyrell Goulbourne (1st), Mikhail Vorobyev (1st) and T.J. Brennan (1st) also found the back of the net for the Phantoms in front of goaltender Dustin Tokarski who moved to 2-0-1 on the year after 23 saves on 28 Wilkes-Barre/Scranton shots. Vorobyev’s goal was the first of his AHL career after five conversions in 72 games in the Kontinental Hockey League (KHL) over the last two years. Meanwhile, Brennan’s conversion was part of a multi-point effort (goal, assist) as the veteran blueliner returned to Lehigh Valley’s lineup after missing the last six games due to injury.

Lehigh Valley’s power play found the back of the net for the fourth consecutive game Friday as the Phantoms turned in a 1-for-6 performance against the Penguins. Over the last four outings, Lehigh Valley is an impressive 6-for24 (25.0 percent) when skating with the man advantage.

Friday’s game was skated in front of another PPL Center standing room-only sellout as 8,517 raucous fans poured into downtown Allentown to support the Phantoms against their in-state rival. Friday’s crowd marked the second capacity crowd this season and the 64th regular season sellout overall at PPL Center. 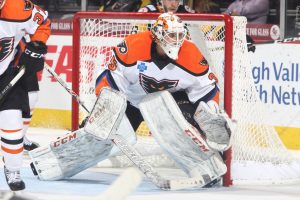 The Phantoms opened the scoring with just over six minutes remaining in the first period when a beautiful cross-crease pass by Conner connected with Goulbourne on the left wing who promptly punched home his first goal of the season. Phil Myers grabbed the secondary assist on the even-strength strike scored 13:52 into the opening period as Lehigh Valley netted the game’s first goal for the sixth time in 11 games this season.

The Penguins leveled the contest early in the second period when Gage Quinney won a battle for a loose puck within the Phantoms’ goal crease before sending in his fourth goal of the year. Daniel Sprong and Garrett Wilson assisted on the equalizing marker netted 1:43 into the middle stanza.

Wilkes-Barre/Scranton then grabbed its first lead of the night thanks to a pair of special teams goals just over two minutes apart. First, while on the power play, Dominik Simon touched a soft little pass to the left side of the goal for Christian Thomas who deftly converted his third goal of the season. Wilson earned the secondary assist on the man-advantage marker scored 7:14 into the second period. Then, while defending a Lehigh Valley power play, the Penguins broke out in transition leading to Jean-Sebastien Dea’s fourth goal of the year when he was able to slide a puck past a sprawled Tokarski. Wilson collected the only assist on the shorthanded goal tallied 9:30 into the middle frame. 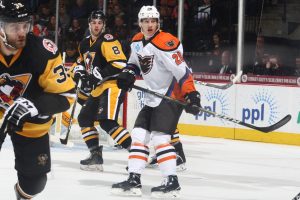 The Phantoms remained resilient though and not only leveled the tilt but actually regained the lead before the close of the second period thanks to a trio of goals across a 6:16 span.

First, while on the power play, Martel’s patience atop the goal crease paid off as he outlasted Wilkes-Barre/Scranton goaltender Casey DeSmith before roofing his team-leading and league-leading 11th goal of the season. Oskar Lindblom and Conner assisted on the man-advantage marker scored 10:15 into the second period.

Then, less than five minutes later, Lehigh Valley leveled the contest when a perfectly placed side-angle shot by Brennan found real estate under the crossbar for his first goal of the season. Corban Knight collected the only assist on the five-on-five conversion tallied 15:05 into the middle frame, which marked the 135th career AHL goal for Brennan.

The Phantoms then regained the lead when another brilliant pass by Conner produced another Lehigh Valley conversion when Vorobyev buried his first career AHL goal. Lindblom garnered the secondary assist on the even-strength strike landed 16:31 into the second period.

The Penguins leveled the contest before the second intermission though when Ryan Haggerty buried a left wing snap shot for his third goal of the year with just 11 seconds remaining in the period. Jean-Sebastien Dea grabbed the only assist on the equalizing marker.

The two sides split goals in the final frame of regulation as Haggerty (4th) connected for Wilkes-Barre/Scranton before Conner (2nd) answered for Lehigh Valley to send the game to overtime.

After a scoreless overtime period, Christian Thomas landed the only conversion in the shootout edging the Penguins past the Phantoms.

The Phantoms are back in action on Saturday, November 4 when the team travels up to Binghamton for a 7:05 p.m. clash with the Devils.

Lehigh Valley then returns to PPL Center on Sunday, November 5 when the Phantoms welcome the Toronto Marlies to downtown Allentown for the first and only time this season in a 5:05 p.m. showdown. Sunday’s game is Pink in the Rink presented by American Cancer Society with a Pink Flashlight Giveaway for the first 6,500 fans in attendance. Only a limited number of tickets remain for Sunday’s game and can be purchased online by clicking HERE.