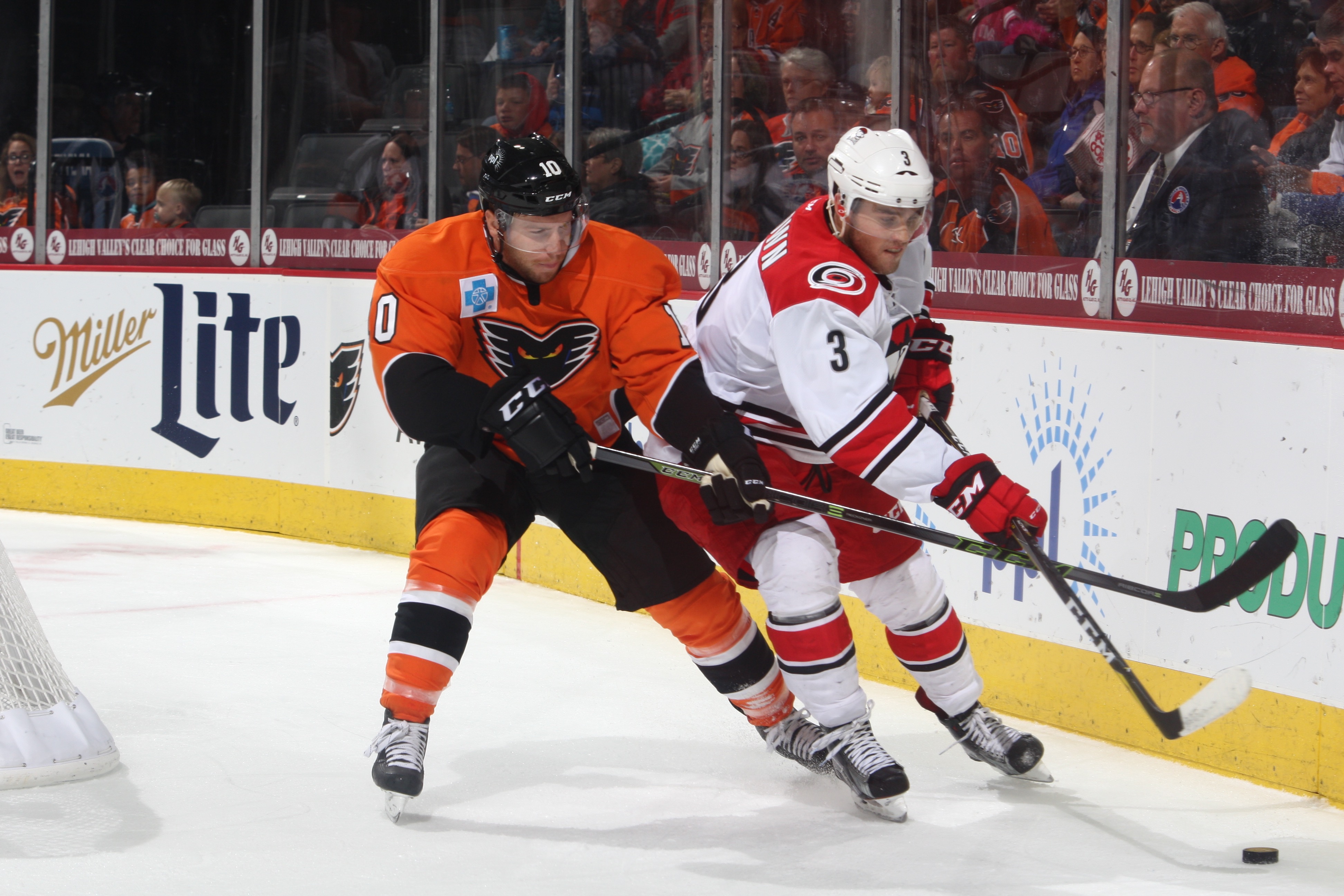 Lehigh Valley, PA – Chris Conner and Greg Carey both scored Saturday evening as the Lehigh Valley Phantoms capped their 2017 preseason schedule in a 5-2 setback to the Charlotte Checkers in front of 5,669 fans inside PPL Center. Saturday’s contest wrapped up a preseason weekend series between the Phantoms and their newest Atlantic Division foe. Lehigh Valley will face Charlotte, the AHL affiliate of the Carolina Hurricanes, eight times during the course of the upcoming 2017-18 regular season. 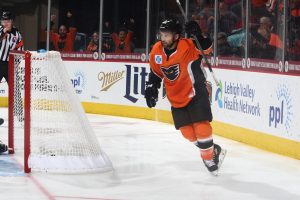 The Phantoms boasted the AHL’s most potent offense a season ago and Conner and Carey were a huge part of that robust offensive production. Of Lehigh Valley’s league-leading 260 goals last year, Carey contributed a team-leading 28 conversions while Conner chipped in a career-best 22 tallies. They represent just two of the team’s five 20-goal scorers from last season (along with Colin McDonald, T.J. Brennan and Danick Martel) who are all expected to be key contributors once again this year for Lehigh Valley.

Saturday’s game also featured the return between the pipes of Alex Lyon who went an impressive 27-14-5 in 47 games with the Phantoms last season. Lyon turned in 25 saves on Saturday just 48 hours removed from a 31-save performance with the Philadelphia Flyers in a 5-1 preseason triumph over the Boston Bruins.

Lehigh Valley’s special teams also looked in mid-season form on Saturday as the team’s penalty kill went an impressive 7-for-7 while the power play converted once in five opportunities. 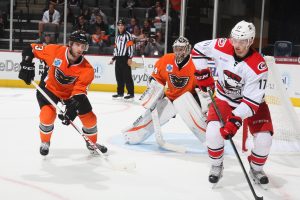 Now that Lehigh Valley’s preseason schedule is complete, the Phantoms can now turn their attention to the 2017-2018 regular season, which gets underway this Saturday, October 7 when they welcome the rival Hershey Bears to PPL Center for a 7:05 p.m. clash. Opening Night features a Rally Towel Giveaway FREE to the first 6,500 fans in attendance. Just a limited number of tickets remain for Saturday’s season-opening showdown and can be purchased online by clicking HERE.

Charlotte opened the scoring less than five minutes into the preseason rematch when a Keegan Kanzig offering from the slot produced a rebound on the left wing that was promptly snapped in by Schilkey for his fourth goal of the preseason. Clark Bishop collected the secondary assist on the even-strength strike landed 4:28 into the first period.

The Checkers doubled their advantage exactly three minutes later when a wraparound effort by Foegele netted the Markham, Ontario native his second goal of the preseason. Schilkey garnered the only assist on the five-on-five conversion tallied 7:28 into the opening frame.

The Phantoms sliced Charlotte’s lead in half early in the second period when, while on the power play, a drive from the high slot by Will O’Neill kicked off the end boards before the puck was deftly slipped into the back of the Checkers’ net by Conner. Corban Knight collected the secondary assist on the man-advantage marker poured in 3:09 into the middle stanza. 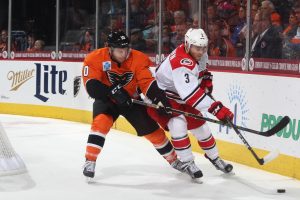 Lehigh Valley then leveled the contest just over 12 minutes into the second period when Carey stepped into the attacking zone before launching a sizzling slap shot that rattled off the post before settling into the back of the Charlotte goal. Nicolas Aube-Kubel grabbed the only assist on the even-strength tally converted 12:05 into the middle frame.

Charlotte was able to seal the contest though with three unanswered goals in the third period. Dennis Robertson netted the eventual game-winner 5:26 into the final frame with a left point wrist shot that snuck through a maze of traffic before settling in the Lehigh Valley cage. Foegele then added an insurance marker 7:31 into the third period before Julien Gauthier capped the scoring 11:33 into the final period of regulation.

The Phantoms are back in action next Saturday, October 7 when they open the 2017-2018 regular season with a 7:05 p.m. clash at PPL Center against the rival Hershey Bears. Opening Night features a Rally Towel Giveaway FREE to the first 6,500 fans in attendance. A limited number of tickets remain for Saturday’s Opening Night and can be purchased online by clicking HERE.