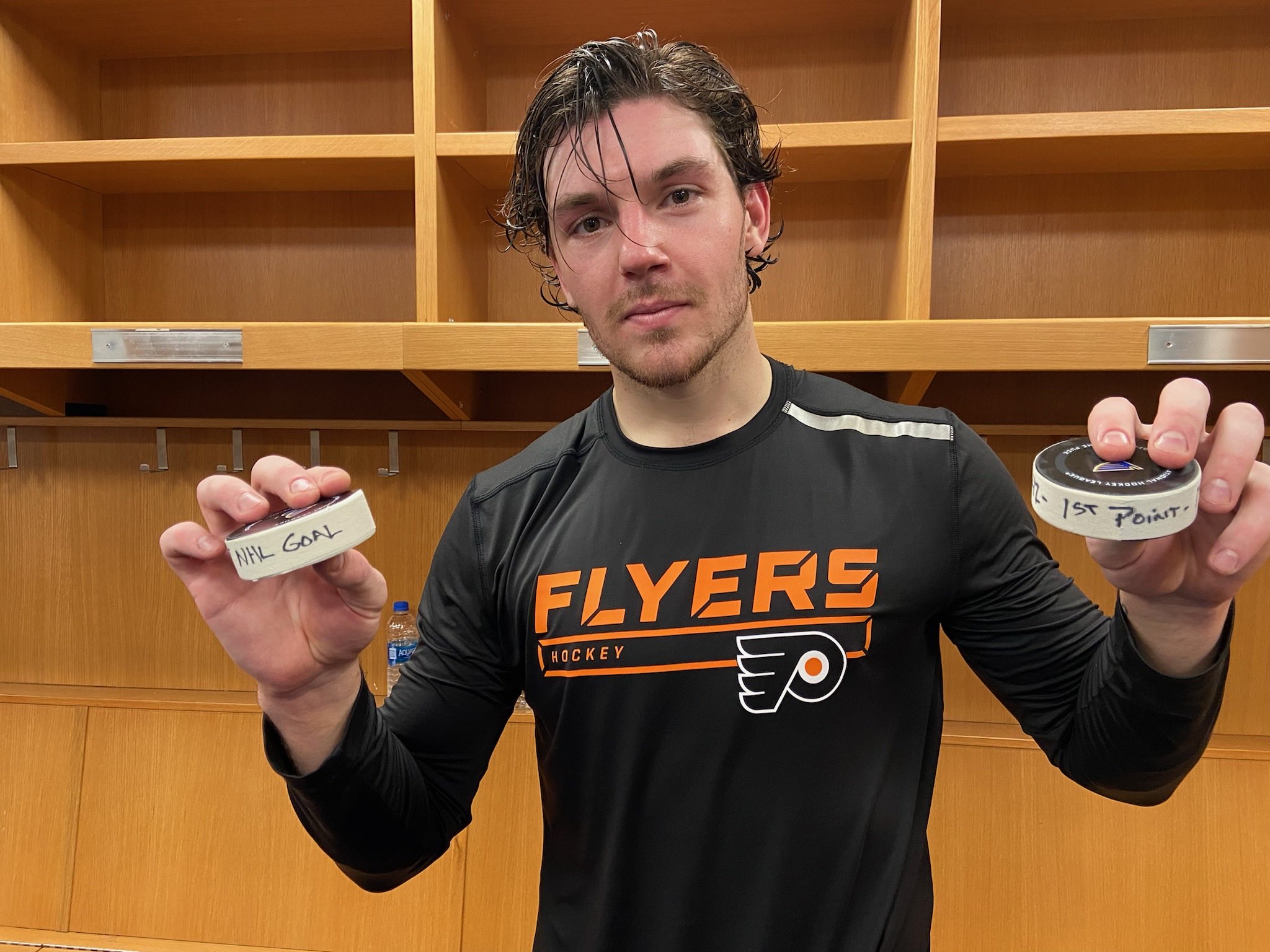 Huge congratulations to Hayden Hodgson who scored a goal and had an assist in his NHL debut on Thursday night as the Philadelphia Flyers won 4-2 at the St. Louis Blues.

“It’s unbelievable, I can’t describe it. It’s surreal,” Hodgson said of his incredible day. It was extra-special for Hayden because the Flyers helped make arrangements to get his parents into St. Louis in time for the big moment for the 26-year-old NHL rookie.

It’s been an amazing journey for forward Hayden Hodgson this season who was a surprise to even make the Phantoms team out of training camp. In his first AHL tryout opportunity, Hodgson impressed and earned an AHL contract at the beginning of the season. 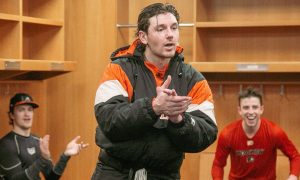 His progression has been steady and impressive. Hodgson leads the Phantoms with 18 goals (tied with Cal O’Reilly). This week he received an NHL contract from the Flyers and the next day was recalled to Philadelphia on emerency conditions to make his debut on Thursday.

A player going from AHL tryout and ECHL contract all the way up to the NHL in the same season is incredibly rare.

Way to go, Hodge! All of us with the Phantoms are so thrilled for your success.