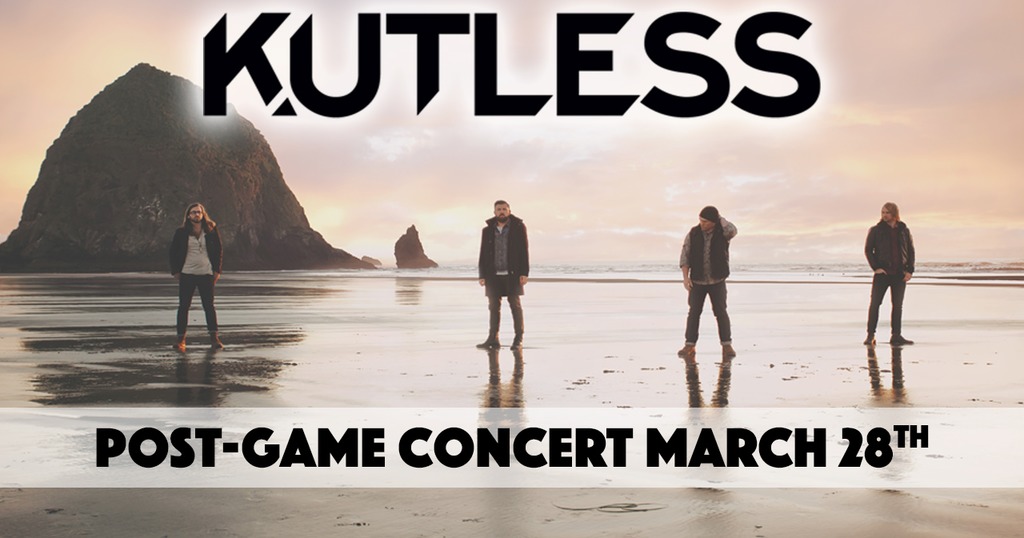 Lehigh Valley, PA – Best-selling rock and worship band Kutless will perform a post-game concert on the ice at the Lehigh Valley Phantoms inaugural Faith Night at PPL Center on Saturday, March 28. All tickets to the game will include admission to the concert. 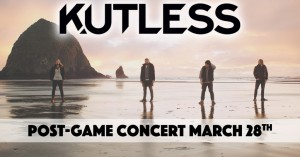 Standing room only tickets starting at $19.00 are on sale now exclusively through PPL Center, online at PPLCenter.com, by phone at 610-347-TIXX (8499) or in person at the Mealey’s Furniture Box Office located on 7th & Hamilton St. at PPL Center. Tickets for groups of 15 or more can be purchased through the Lehigh Valley Phantoms Sales Office by calling 610-224-GOAL (4625).

Hailing from Portland, Oregan, lead singer Jon Micah Sumrall and guitarist James Mead are the hit makers that have come together to form Kutless. The band is currently on their “Change a Life” tour promoting their latest album Glory.

“Our goal with Glory was simply to worship louder and clearer than ever before,” members of Kutless say of the amped up and sometimes stripped down set. “We felt led to create original songs that could be sung on an acoustic guitar in an arena with the masses shouting God’s praises.”

With two albums and 12 No. 1 radio hits already charted – including “Strong Tower,” “What Faith Can Do,” and “Carry Me to the Cross” – that fresh challenge for Kutless to reach a new level of creativity writing music with heaven in mind would prove to be an exciting experience.

Tickets for each of the Phantoms’ nine remaining regular season home games are available now at the Mealey’s Furniture Box Office at PPL Center (7th & Hamilton), by calling 610-347-TIXX (8499) or online at PPLCenter.com.

PPL Center (pplcenter.com), nominated by Pollstar as Best New Major Concert Venue, is a state-of-the-art multipurpose arena in downtown Allentown, Pa. managed by Global Spectrum. The arena seats more than 10,000 for concerts and more than 8,500 for Phantoms professional hockey games, making it the region’s largest events venue. The amenities-packed PPL Center will host more than 140 events each year, offering something for everyone, including the Phantoms, the AHL affiliate of the NHL Philadelphia Flyers, live concerts, family shows, trade shows, figure skating events, youth sports, high school and collegiate events, Disney on Ice, conferences, graduations and many more events. PPL Center is currently the main catalyst to the revitalization and growth of downtown Allentown.