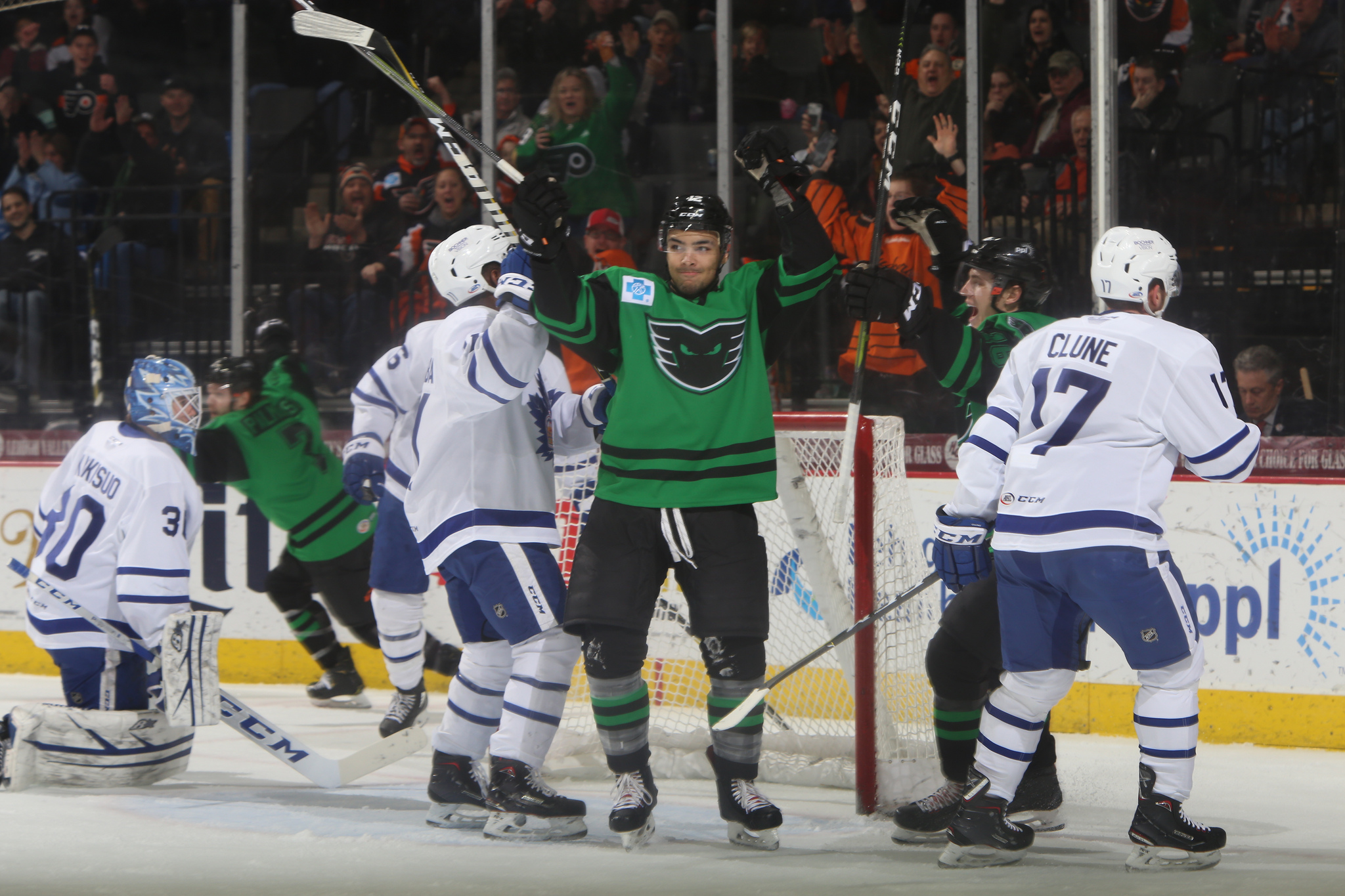 Lehigh Valley, Pa. – The Lehigh Valley Phantoms (31-27-3-3) used every bit of time and St. Patrick’s Day luck in a thrilling 4-3 victory against the Toronto Marlies (33-21-6-4) at PPL Center. In a game that was tied up three times and had five goals in the third period, Chris Conner netted the game winner for Lehigh Valley with 0.5 seconds remaining in a wild finish in Allentown. Tyrell Goulbourne scored two goals for the Phantoms and Mike McKenna made 37 saves in the victory.

The Toronto Marlies showed why they are the defending Calder Cup champions early in this one, getting out to a 1-0 lead 8:51 into the first. Michael Carcone flipped a pass over to Tanner MacMaster between the circles and he shot a one-timer through traffic in front of the net, and Mike McKenna was unable to find the puck in time. 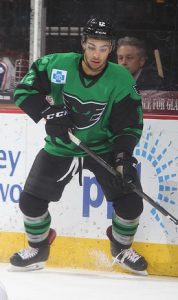 Zach Palmquist has had some very unfortunate bounces over the last week, but in a game of inches, the Phantoms were finally able to cash in on Palmquist creating offensive chances. Mark Friedman faked a shot and put a perfect pass right to Palmquist streaking towards the net but his shot rang off the post. Luckily for Lehigh Valley, the puck ricocheted right to Tyrell Goulbourne in front who slammed home his seventh of the season to tie the game 1-1.

Mike McKenna was sensational in net during the second period for the Phantoms. In just his seventh start with Lehigh Valley, the veteran netminder made 19 saves in the middle frame, and helped to kill off two Toronto power plays to keep the game tied heading to the third period.

As the penalties continued to add up, Toronto was finally able to take advantage of the extra man, scoring on their fifth power play of the game almost halfway into the third. The Phantoms’ penalty kill unit had been great all night, but they were eventually beaten when Jeremy Bracco fired a pass perfectly onto the stick of Chris Mueller and there was nothing McKenna could do as the puck quickly changed directions and slid between his pads.

The Phantoms would soon tie the game back up on a crazy sequence less than two minutes later. Lehigh Valley peppered Kasimir Kaskisuo with shots and he made multiple saves but was unable to secure the rebound. After a wild scramble in front of the crease, the puck once again found a way to Tyrell Goulbourne’s stick and he roofed it over the carnage in front for his second goal of the game to make it 2-2. 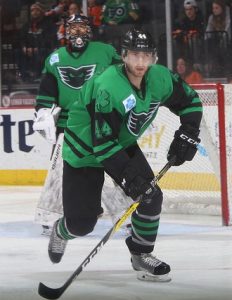 Lehigh Valley took their first lead of the game with 6:14 remaining in the third period with a crazy-angle shot from Reece Willcox. The Phantoms’ defenseman carried the puck down the right side and put a shot on net from the bottom of the circle that found its way past Kaskisuo to give Lehigh Valley a 3-2 lead.

With the goalie pulled for an extra attacker, the Marlies were able to even the score for the third time with just under two minutes as Chris Mueller scored his second of the game. It was his team-leading 27th goal for Toronto this season and made the score 3-3.

It appeared overtime was inevitable in this one, until Toronto was called for an interference penalty that gave Lehigh Valley a power play with 26 seconds remaining. The Phantoms would need 25 and a half of those seconds but Chris Conner was the hero and scored just in time to give the Phantoms a 4-3 victory. Connor Bunnaman put a shot on goal with time winding down and Chris Conner buried the rebound with 0.5 seconds remaining to bring the PPL Center crowd to their feet and send them home happy.

NEXT TIME OUT: The Lehigh Valley Phantoms will finally have a full week of practice, as they don’t return to game action until next Friday, March 22, as they head up the turnpike to face the Wilkes-Barre/Scranton Penguins. The will conclude a home-and-home series with the Penguins in Allentown on Saturday.